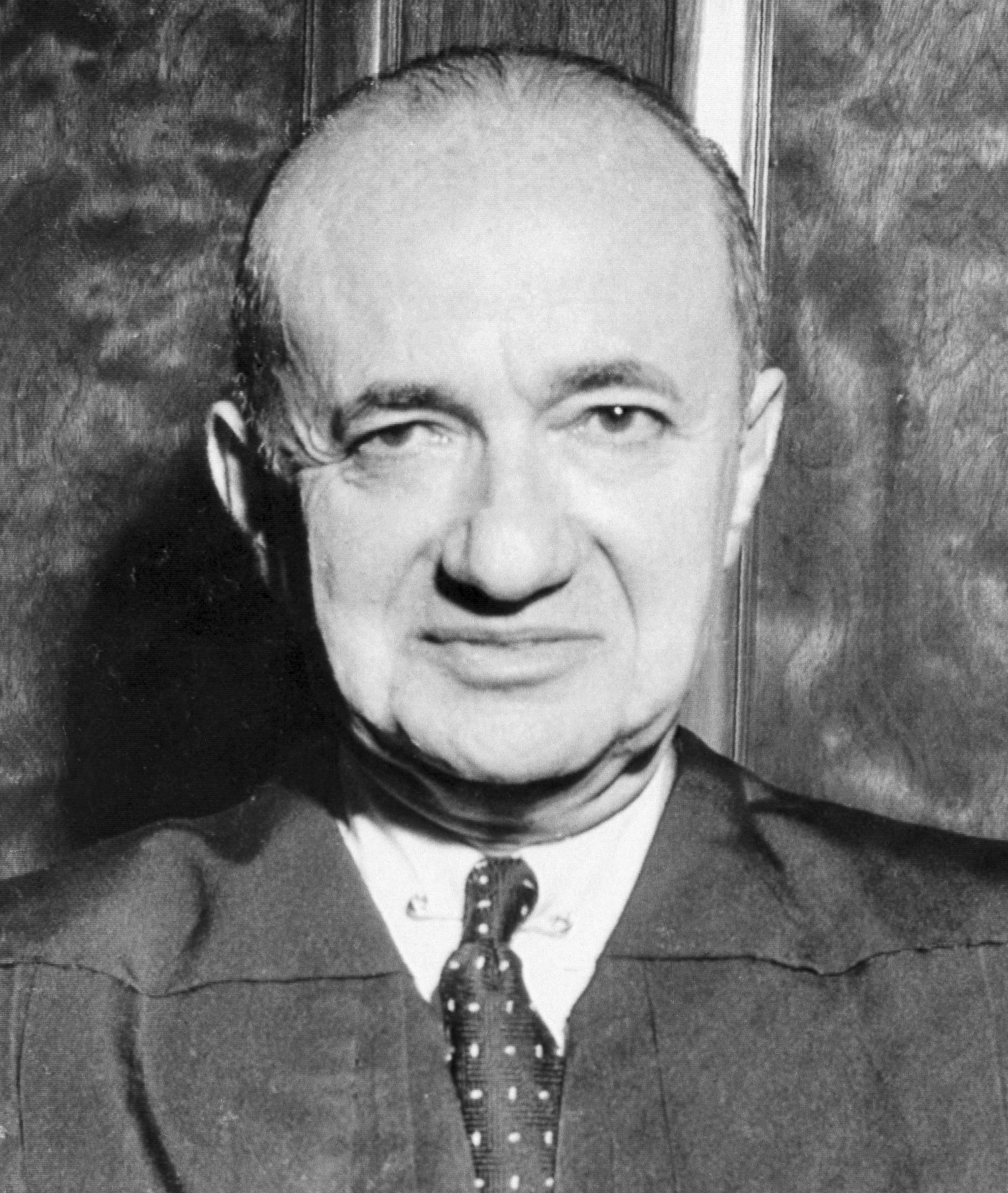 Based on a true story, Aaron Sorkin's The Trial of the Chicago 7 explores the layers of tension between the defendants standing trial for the 1968 Democratic National Convention protests. Tom Hayden's (Eddie Redmayne) establishment attitude and Abbie Hoffman's (Sacha Baron Cohen) spectacle approach to civil rights clash throughout the film. But even with the group's internal problems, the clear-cut villain in the movie is Judge Julius Hoffman (Frank Langella). Yes, the story is dramatized, but Hoffman very much displayed questionable and abusive behavior in real life during the trial. So who was Hoffman (no relation to Abbie Hoffman, by the way), and what happened to him?

In the film, Judge Hoffman is downright the worst — he is always at the ready to declare order in the court and hands out contempt-of-court charges left and right. In the most draconian moment of The Trial of the Chicago 7, he orders Bobby Seale (Yahya Abdul-Mateen II) to be gagged and bound. Hoffman really did do all of these things during the infamous court case. After the trial, five of the defendants were found guilty of inciting riots. (Lee Weiner and John Froines were acquitted.) All defendants (and their lawyers) faced sentences for contempt of court. Hoffman treated Seale so inhumanely that Seale was separated from the other defendants. The US Court of Appeals for the Seventh Circuit reversed the defendants' convictions in 1972. It pointed at Hoffman's procedural errors as well as his hostile attitude toward the defendants. Hoffman stood by his actions in court, which included shouting matches and excessive contempt sentences.

Hoffman had a fairly distinguished career despite his reputation. (The end credits of The Trial of the Chicago 7 show that 78 percent of Chicago trial lawyers gave Hoffman a rating of "Unqualified" in a biannual survey.) After getting admitted to the Illinois bar in 1915, he practiced general law until 1936, becoming general counsel for the Brunswick-Balke-Collender Company. He later returned to his law firm and worked there until he became a judge.

Hoffman passed away in 1983 at age 87. He served on the bench for 35 years, with five years as a Cook County judge and 30 years as a member of the US District Court for the Northern District of Illinois. A year before his death, an executive committee of the court system declared that it would no longer assign new cases to him because of his erratic behavior. However, he continued to work until his death.