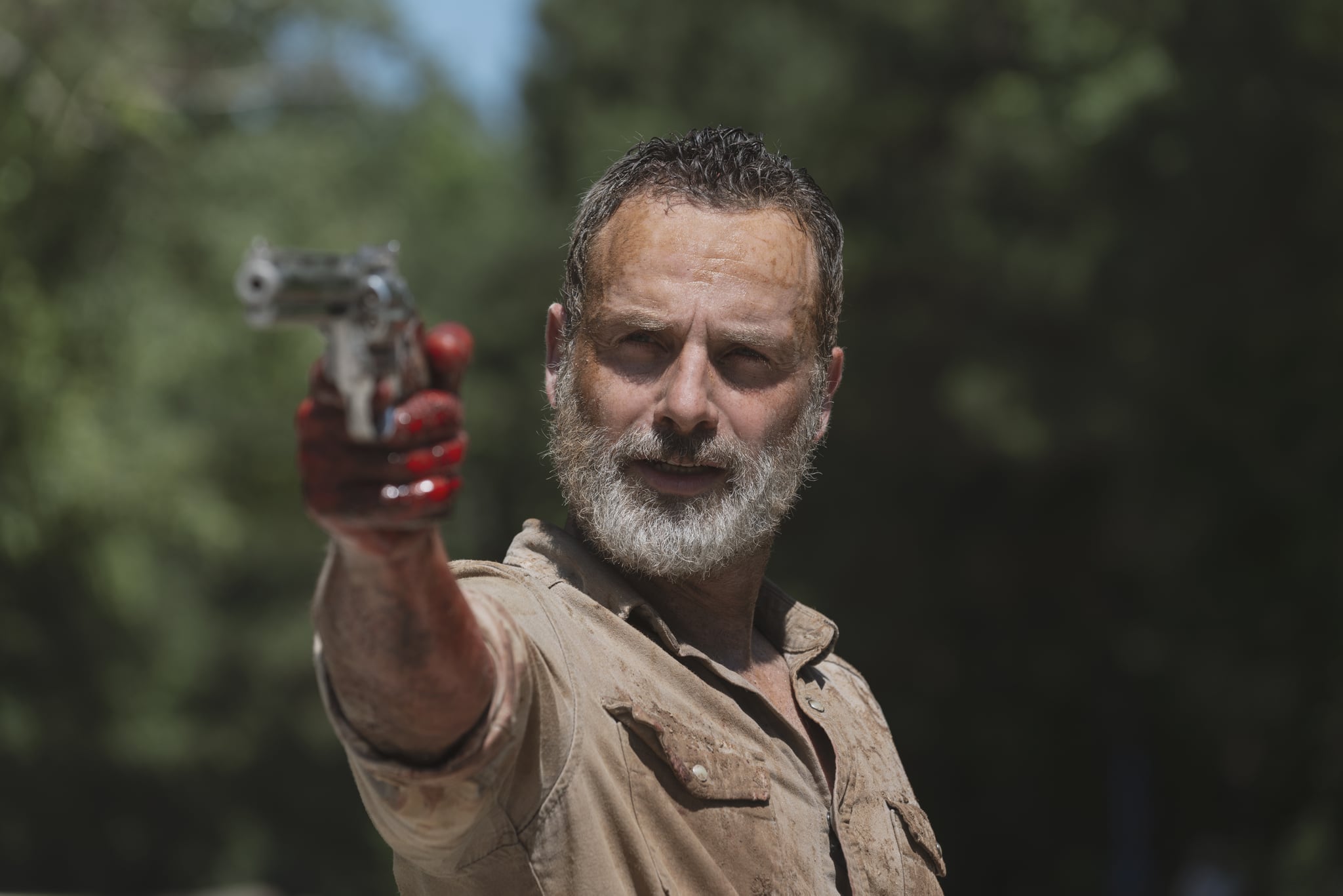 Now that AMC has announced that The Walking Dead's upcoming season 11 will be its last, we have to wonder if Andrew Lincoln will return to provide a full-circle moment to the story he helped bring to life over 10 years ago. Granted, a lot has changed since season nine when Rick Grimes flew away from the outskirts of Alexandria aboard a helicopter piloted by the Civic Republic Military. But with showrunner Angela Kang adding six additional episodes to the 10th season (set to premiere Feb. 28) and the expansion of the season to a whopping 24 episodes, there is room to weave our favorite Deputy Sheriff back into the story in a manner that brings closure. It's only fair he help us transition to the next iteration of the franchise.

Unfortunately, there are two things blocking the probability of a triumphant Rick Grimes return to the flagship property: the Walking Dead movie trilogy and Andrew Lincoln himself.

Back in July 2019, The Hollywood Reporter announced the character would be the subject of three films produced by AMC Studios and distributed by Universal Pictures. Per the show's chief content officer, Scott Gimple, the impetus for this creative endeavor evolved from Lincoln's desire to continue Rick's story while reducing the actor's grueling nine-month television shooting schedule to something more manageable like a two-month film shoot—thereby removing any need for the character to return to the flagship series.

However, since the pandemic has delayed the start of the Grimes trilogy, fans have speculated that Rick may return to the series to stoke interest in the character and tease potential plot lines for the films, especially since his likeness was used via file footage in the farewell episode for Michonne. But Gimple quickly squashed that line of thinking in a December 2020 video interview with ComicBook.com where he confirmed the films are still on the horizon and that Rick's narrative arc would only move forward in that medium:

"I don't know if people are being cagey about that, but I feel that one is important not to be cagey about. I think people could watch [World Beyond] and learn a lot about the mythology that Rick Grimes is caught up in and they might even see places where Rick Grimes has been, but he's not like swinging around the corner. I don't even know if I am making people upset saying that but I just don't like people watching it sort of expecting that."

Gimple also revealed during The Walking Dead Holiday Special, which premiered on the AMC+ streaming service earlier that same week, the status of the Rick-centric films."Movies take a long time, but it'll be worth the wait," he said. "It is moving forward. The COVID time kind of slowed things down anyways, but we're using that time to go back to the lab and make it as great as possible."

So while the official word on whether Andrew Lincoln will actually be back for the final season of The Walking Dead looks bleak, costar Norman Reedus gave fans a modicum of hope when he spoke to RadioTimes in September about his own efforts to lobby for the actor's potential return:

"You know, I was teasing him the other day on the phone. I was like, 'You're coming back for this last season, right?' He's like, 'Uh,' you know, he won't say anything. He won't commit. But it's very Andrew Lincoln to try to pull a fast one on me. So I don't know. I have no idea. I literally don't know. I wish I knew. And I have a big mouth, so they probably wouldn't tell me!"

Although it sounds like Lincoln probably won't return, even at his costar's behest, there is still a ton of fantastic material in the works for fans of the original series. In addition to World Beyond, which recently concluded the first season of its limited two-season run, and the sixth season of Fear the Walking Dead, AMC has announced two new spinoffs. The first is a drama focused on Daryl and Carol, whose characters aren't fully-formed entities in the comics and thus warrant their own nuanced narrative. The second is a scripted anthology series called Tales of the Walking Dead set to feature stand-alone stories based on new and existing characters.

So even if fans won't get to see our beloved Rick Grimes on the farewell episode of the flagship series, there are plenty of other characters and storylines cuing up to take their place beside him in our hearts.