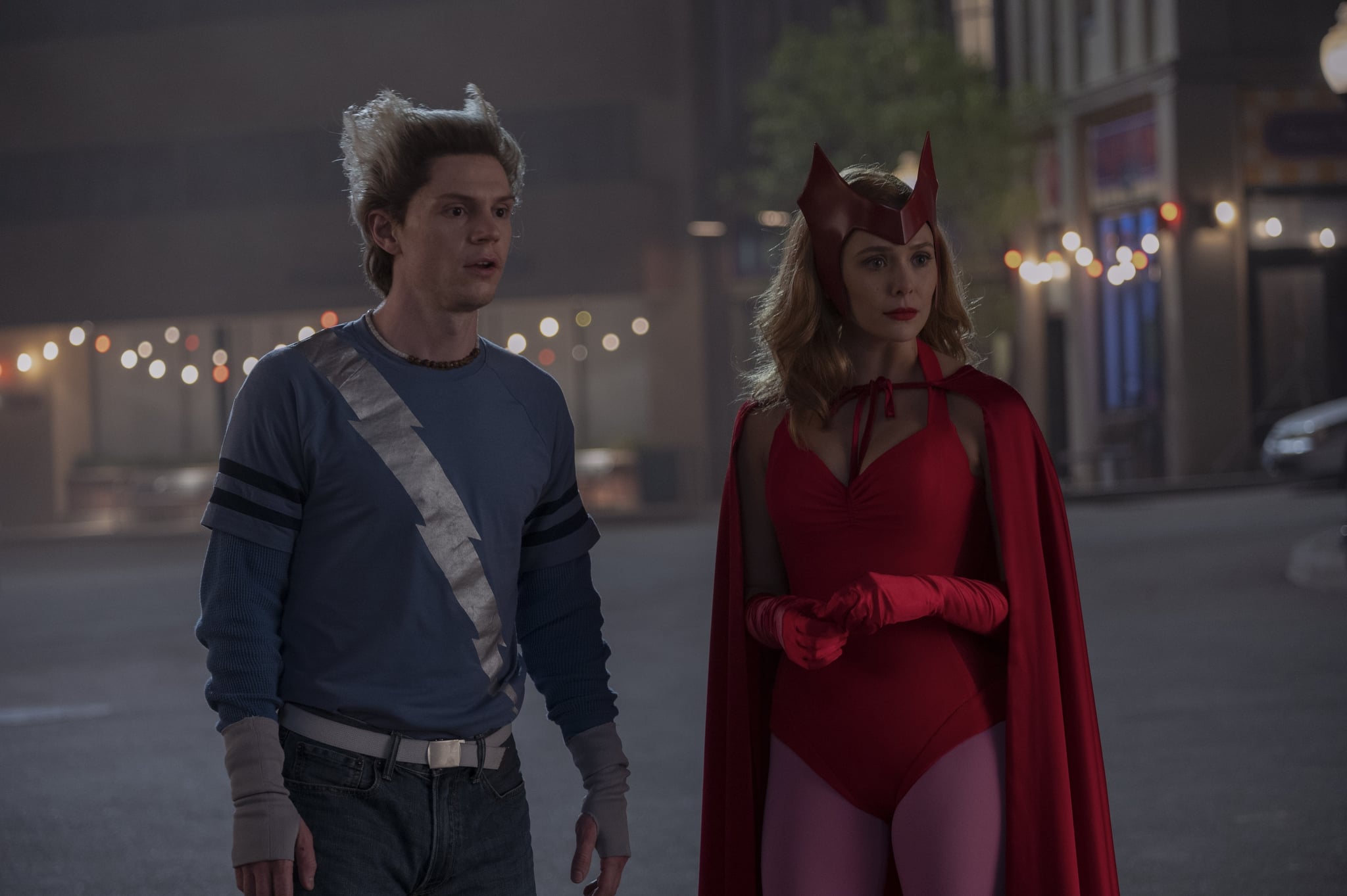 The seventh episode of WandaVision, "Breaking the Fourth Wall," answers some big questions about who's really the baddie in Westview, but it's also got us wondering about some of the other odd things happening. In the episode's mid-credits scene, Pietro appears again, but this time, it looks like he's not the fun-loving, resurrected (though recasted) brother — he seems outright villainous too. There's at least one theory that might explain what's going on: Pietro isn't Pietro, but the demon Chthon.

First, a quick introduction to Chthon. In the Earth-616 Marvel universe, Chthon is one of the Elder Gods: powerful, ancient beings who ruled Earth for a million years. Chthon, who became the first dark magician on Earth, eventually degenerates into a demon, like others of his kind. During a time of great conflict between these powerful beings, Chthon creates another dimension, escapes there, and writes the Darkhold, a mysterious and all-powerful book of magic, which he leaves behind to physically link his new dimension with Earth. Throughout his comics history, he's an antagonist to many heroes, including Wanda, whom he briefly possesses during one storyline.

So why are we thinking he might be the true identity of "Pietro"? It's actually based on a storyline from the comics. The Dark Reign storyline, which follows the Secret Invasion storyline (which involves the invasion of Earth by the Skrull, something that's been teased from time to time in the Marvel movies), is an era in which the supervillains win and take over everything. During this storyline, Chthon is summoned to battle a re-formed faction of the Avengers, and he possesses the body of Pietro, gaining the superhero's powers in addition to his own.

Eventually, the heroes are able to get Chthon to abandon Pietro's body, allowing Pietro to regain control of himself. The storyline with Chthon, intriguingly, ends with Vision using a spell from the Darkhold, to imprison Chthon within the book itself. We may have already gotten a glimpse at the Darkhold when Wanda found a magic-imbued book in Agatha's eerie basement lair, and it definitely seems like this version of Pietro isn't quite the same brother Wanda lost years ago. The explanation that he's actually Chthon in disguise would fit in with all these clues and would tie into the overarching theories about demons and alternate dimensions becoming part of the Marvel universe going forward.