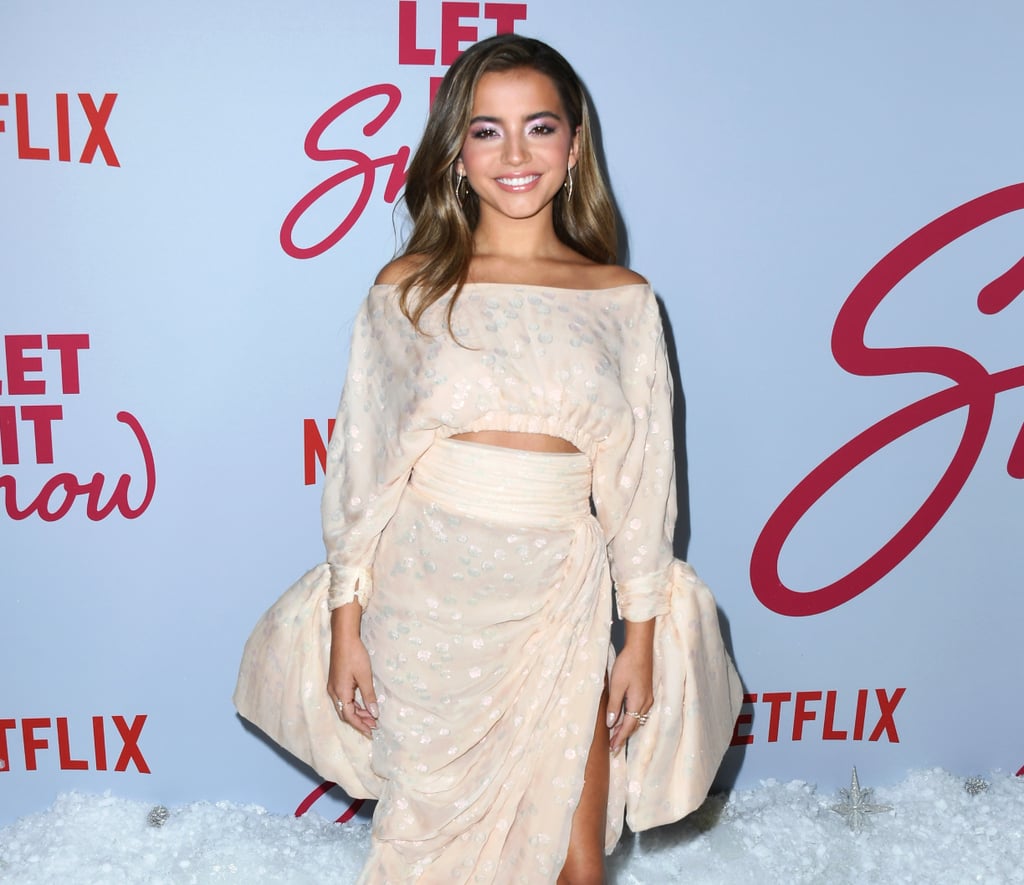 Netflix's Let It Snow is basically perfect, but the only thing that could have made it better was if Isabela Merced got a chance to contribute to the amazing soundtrack. The 18-year-old Peruvian-American cutie (whom you might recognize as the titular star of Dora and the Lost City of Gold) has some majorly impressive pipes, and soon after changing her stage name from Isabela Moner to Isabela Merced in honor of her grandmother, she dropped her first music video for her latest single, "Papi."

In an October interview with Refinery 29, Merced spoke about wanting her music to represent her Latinx heritage, which means releasing plenty of bilingual music. "I can't wait to show people this side of me, this completely stripped down side of me," she said. "It's probably the most authentic thing I'm doing as an artist." While we eagerly wait for Merced to drop more music (and to see her star opposite Jason Momoa in Netflix's forthcoming movie Sweet Girl), here are some clips of Merced showing off her insane vocal skills.

Related:
Isabela Merced Is My New Girl Crush, and Once You Watch Let It Snow on Netflix, You'll Understand Why
Previous Next Start Slideshow
MusicIsabela Merced