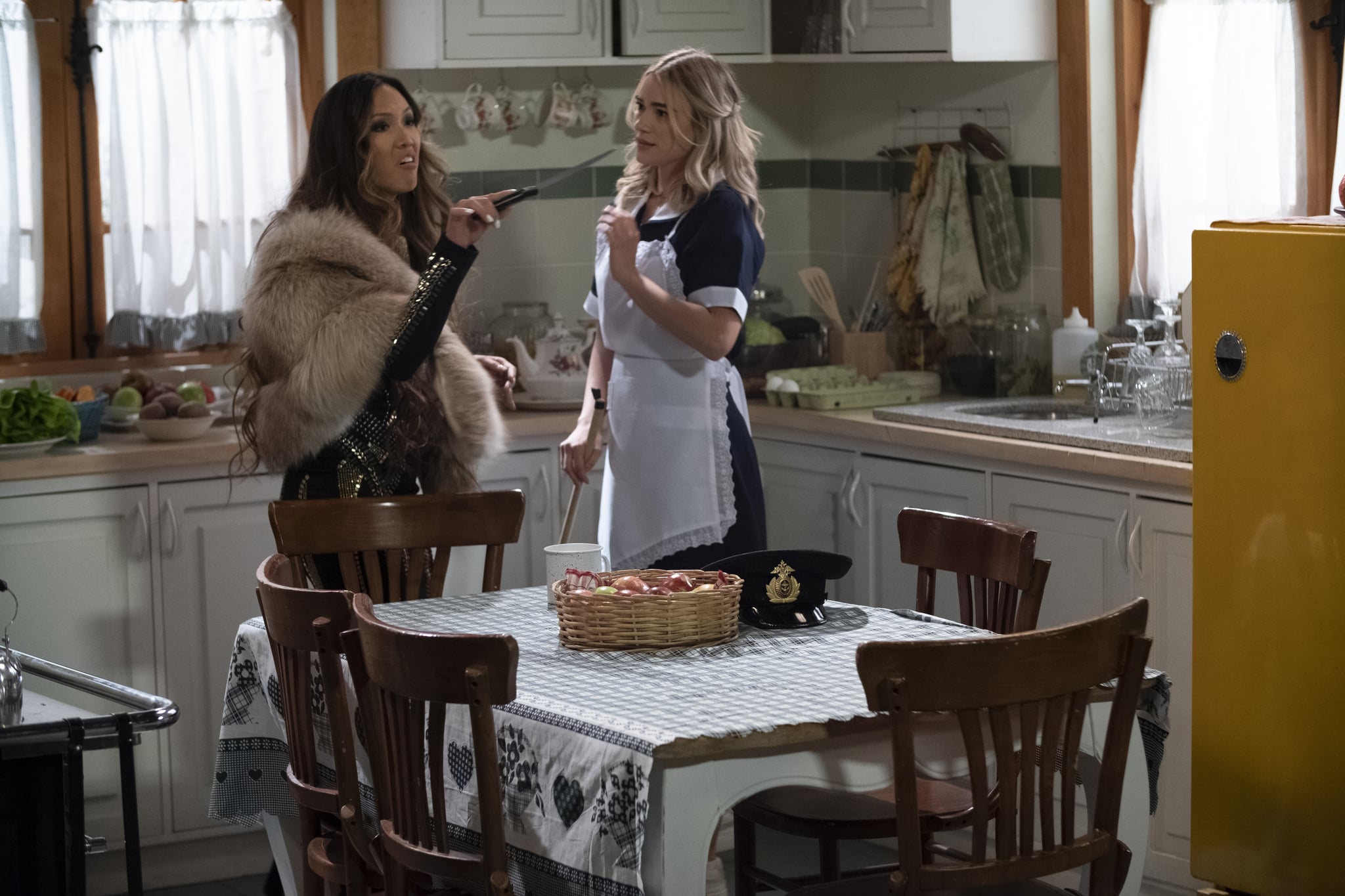 This week's bonus installment of The Bachelor has more than enough drama to justify the extra episode. This time around, it's Tammy and Mykenna whose personal clash boils over into the rest of the show. Let's go over a quick recap of exactly what goes down — and who goes home.

The drama starts out early, on the group date, where Tammy and Mykenna are part of the group who act out a telenovela (yes, really). The night before the date, Mykenna gets very emotional and contemplates just giving up on the show and Peter as a whole. On the date itself, though, she's assigned the character of a maid who Peter's character eventually realizes he's been in love with the whole time, and she ends the day in a much, much better mood.

Of course, this is The Bachelor, so this isn't nearly the end of things. Tammy vents her frustrations on Mykenna, calling her out for her mood swings and calling her a hypocrite for being so happy now after being ready to make a dramatic exit only days before. Their argument gets so loud that Peter and Madison, who are nearby, can overhear the yelling. Mykenna tries to smooth things over with Peter, telling him Tammy attacked her and that he shouldn't worry about the drama.

Peter isn't convinced, and the night of the cocktail party, he decides last minute to have a two-on-one date with Mykenna and Tammy to get to the bottom of things. He catches Tammy first, and she vents to him about believing Mykenna isn't there for the right reasons, even revealing that Mykenna had packed her bags before the group date because she was certain she was going home. Tammy also drops the ridiculously petty one-liner, "I'm wearing black today because it's her funeral." Mykenna, meanwhile, tells Peter that she was just frustrated over the lack of one-on-one time with him but that she was glad she didn't leave and that Tammy was twisting the truth.

The women later have it out between them as well, accusing each other of being the season's "villain," but ultimately, it's up to Peter. He sends Tammy home and lets Mykenna stay, but when the rose ceremony rolls around, Mykenna ends up without a rose, too.

While the episode aired, Mykenna retweeted one of her quotes about kindness, while Tammy had this to say: