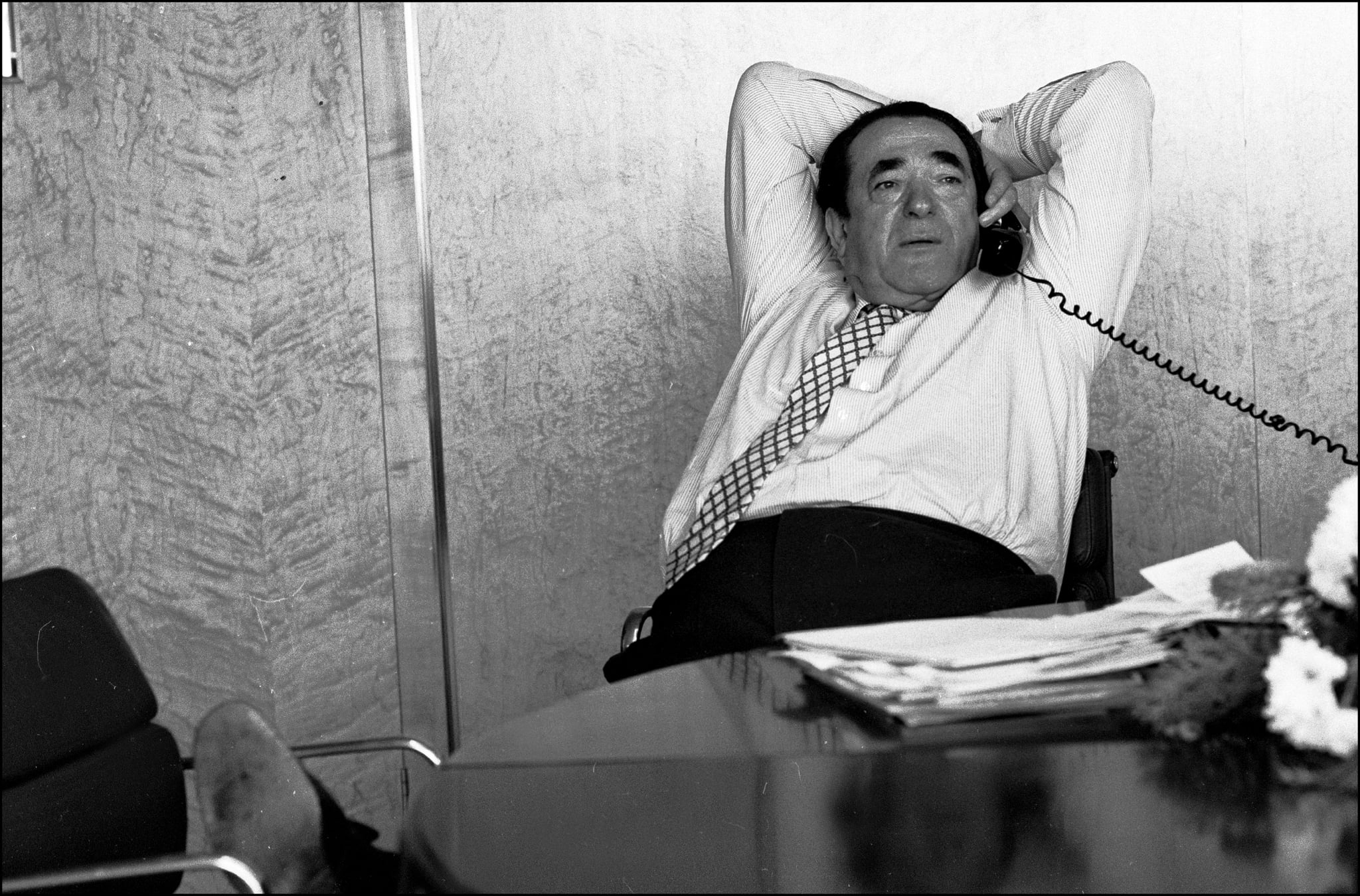 Jeffrey Epstein, the convicted sexual predator and millionaire financier, is at the center of Netflix's documentary Jeffrey Epstein: Filthy Rich. The documentary is filled with sickening details of Epstein's sex-trafficking and abuse, and one mysterious death: that of Robert Maxwell, the father of Ghislaine Maxwell, Epstein's ex-girlfriend and close confidante. The megarich media mogul suspiciously died in 1991 after falling off his boat.

After being born in Czechoslovakia in 1923 as Ján Ludvík Hoch, the man who would later call himself Ian Robert Maxwell fled to France and then Britain where he fought in the Army before joining the business world. He made his first big media deal in 1951 when he bought a publishing company that he renamed Pergamon Press. In just over a decade, he became a millionaire.

Over the coming years, he battled with another well-known media mogul, Rupert Murdoch, to buy out media companies. He bought the British Printing Corp. and the Mirror Group newspapers. His desire for dominance in the media industry and maximum profitability led him to cut staff from the publications and battle it out with the unions, according to Forbes. He kept making purchases in other countries to grow his media dominance and eventually came to the US to purchase the New York Daily News.

However, Maxwell's companies weren't as profitable as he led people to believe and days before his death, he was to meet with his son and the Bank of England about defaulting on a £50 million loan with Goldman Sachs. Instead, he was off on his yacht. Maxwell's son Kevin told The Times: "We needed to prepare for that meeting and I was a bit hacked off that he was going to leave it to the last minute."

On Nov. 5, 1991, Maxwell was dead. He had fallen overboard his boat, and whether it was by accident or by force remains a mystery. The Guardian wrote at the time that Maxwell's death was caused by heart attack and drowning, though The Independent wrote that his death was inconclusive. The Independent also pointed out that "a self-proclaimed former Mossad officer named Ari Ben-Menashe had approached a number of news organisations in Britain and the United States with the allegation that Maxwell was a long-time agent for the Israeli intelligence service." This allegation, though, has mostly been dismissed since then.

Others have believed that Maxwell committed suicide because of his incredible debt, though his son Ian doesn't agree. According to Forbes, Ian said, "I don't think any murder conspiracy stands up. So for me, it is an unexplained accident, and I'm content to live with that."

Not only were Maxwell's companies failing, but after he died, investigators found that Maxwell had swiped over £460 million in pension funds, selling them off and using the proceeds as if they were his own, according to Forbes. A few years after his death, Maxwell's children were left to deal with fraud charges and Maxwell's companies were mostly sold off or went belly up.