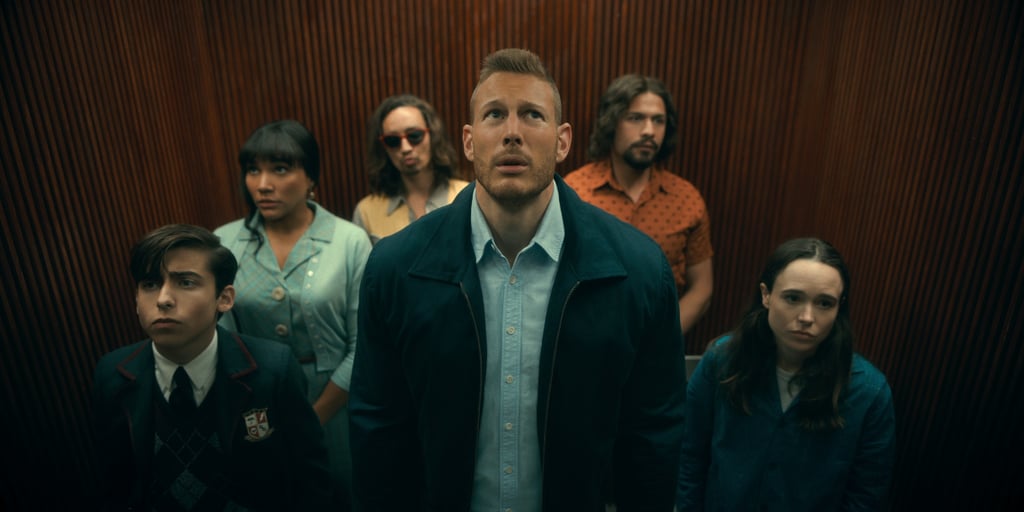 The Umbrella Academy loves leaving us on cliffhangers, doesn't it? Season one left us with our jaws gaping, watching the six (seven if you include ghostly Ben) Hargreeves siblings vanish in a blaze of white light as Number Five used his powers to save his family from the Vanya-induced apocalypse in 2019. Season two ends much the same way, except we see where the siblings end up. Though many things are familiar, some key factors are very much not so.

Throughout the season, the siblings struggle to reunite after they're separated over three years starting in 1960. Each sibling believes they're the only one to survive and goes about their lives accordingly: Luther gets involved with illegal boxing, Diego winds up trapped in an asylum, Allison is thick in the civil rights movements, Klaus starts a cult (and Ben finds himself even more sick of his sh*t than usual), and Vanya becomes a nanny with a bout of amnesia (yes, again!). Five arrives in 1963, where he learns that, somehow, his siblings cause another nuclear doomsday and the end of the world. He travels back a few days to collect his siblings and attempts to bring them back to 2019 — but nothing is ever that simple for them.

The Hargreeves miss their chance to travel forward to 2019 and fix the apocalypse they left there, and instead, they have to fix the end of the world they brought to 1963 while shaking the three vicious Swedish assassins on their tail, figuring out what their father has to do with President John F. Kennedy's assassination, uncover the schemes of The Handler, and deal with their own penchant for f*cking things up for themselves. Which takes us to the final act of season two.

Celebrity News
Anne Heche's Upcoming Movies and TV Shows, From "The Idol" to "Girl in Room 13"
by Eden Arielle Gordon 18 hours ago