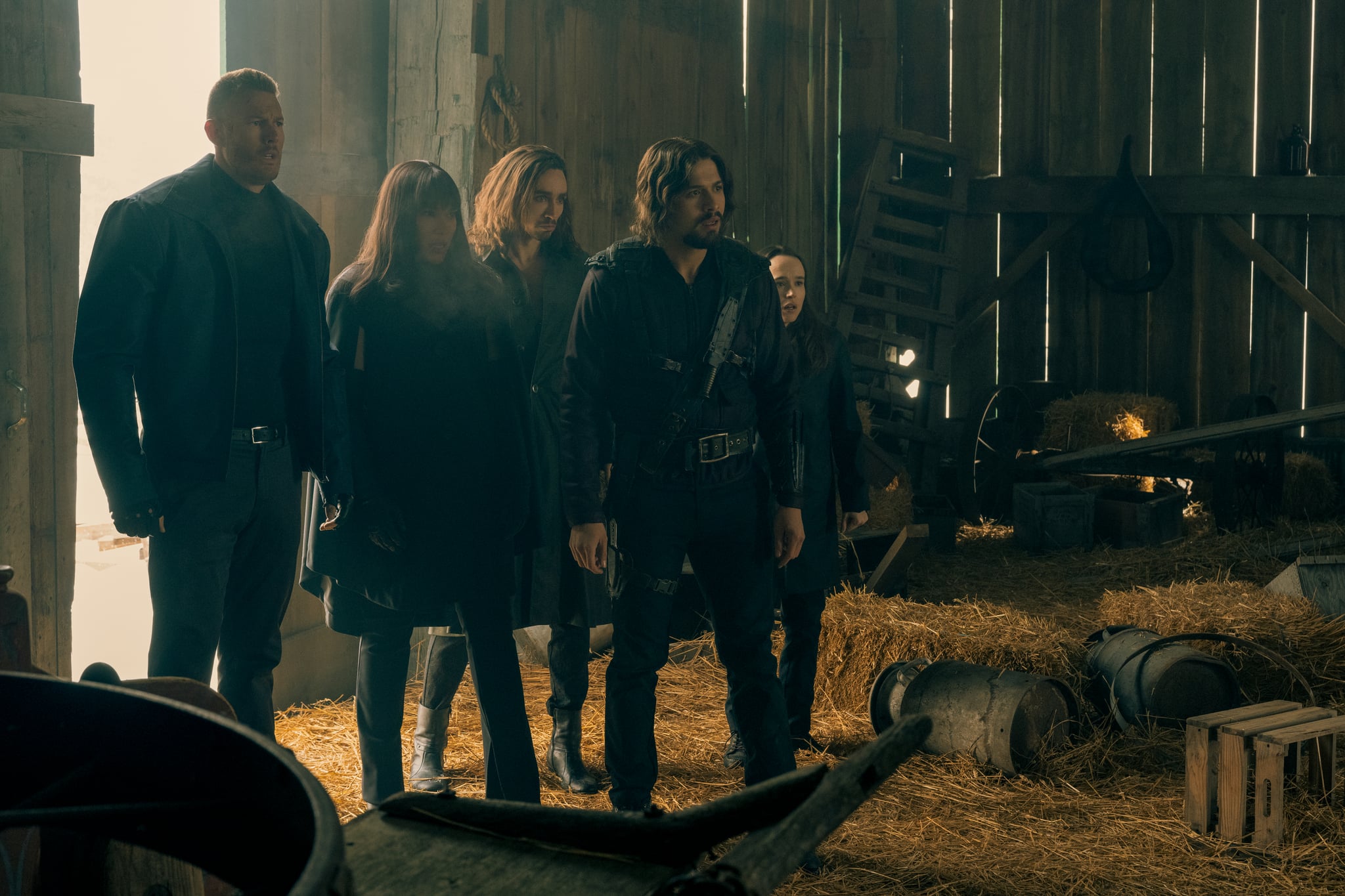 Rejoice, Hargreeves lovers! After a long wait for news on The Umbrella Academy's future, Netflix revealed on Nov. 10 that the series WILL be coming back for a third season. To be specific, the streamer said, "They're not done yet," which we wholeheartedly agree with, especially after season two's massive cliffhanger!

They're not done yet!

The second installment of The Umbrella Academy premiered on July 31, and we still have a million questions. The new season picks up after the ominous season-one finale in which a Vanya-induced apocalypse in 2019 forced the family of superpowered siblings to tap into Number Five's ability to jump through time and space. Though Five does save his family from that year's impending doom, he flubs the time travel, and they all land in Dallas, TX, separated throughout three years starting in 1960. When he lands in 1963, he sets out to reunite with his siblings — but things are never that easy with the Hargreeves, are they?

Five finds himself in the middle of a nuclear doomsday that his siblings are unsurprisingly at the center of. He learns that they brought the end of the world with them from 2019, and now he has to find a way to bring everyone back together, save the world (again!), return to their original time, and keep from destroying the world. But it takes more than a simple search to get all his siblings in one place. Since their separate arrivals, Luther's gotten into illegal boxing and working for an infamous Dallas figure, Diego is trapped in an asylum, Allison is thick in the Civil Rights Movements, Klaus has started a cult (with a reluctant Ben who is still sick of his sh*t), and Vanya's playing nanny after being found with her memories wiped clean.

By the time Five gets his other siblings together, they realize there's something much bigger than the six of them (sorry, Ben, ghosts don't count) going down. They have to figure out how to avoid getting killed by three ruthless assassins hired by The Handler, sort out the mess at the Commission, prevent the apocalypse, and figure out what their father's role is in the grand scheme of everything. We'll spare you all the details (though you can find them here), but in the end, the siblings manage to keep the world from ending in 1963 and travel forward to their own time of 2019. Of course, when they get there, they discover that not only is their Father still alive but there's a different academy living in their house, and they're not welcoming strangers at the moment. In the wise words of Number Five, "sh*t."

With an ending like that, there's no way Netflix wouldn't bring The Umbrella Academy back for another season. All we have are questions on questions, and we need answers! Since the series is only loosely based on the graphic novels, another batch of episodes is the only way we're ever going to get them. So, thank you, Netflix for doing the right thing and bringing the Hargreeves back for season three. They've got some explaining to do!