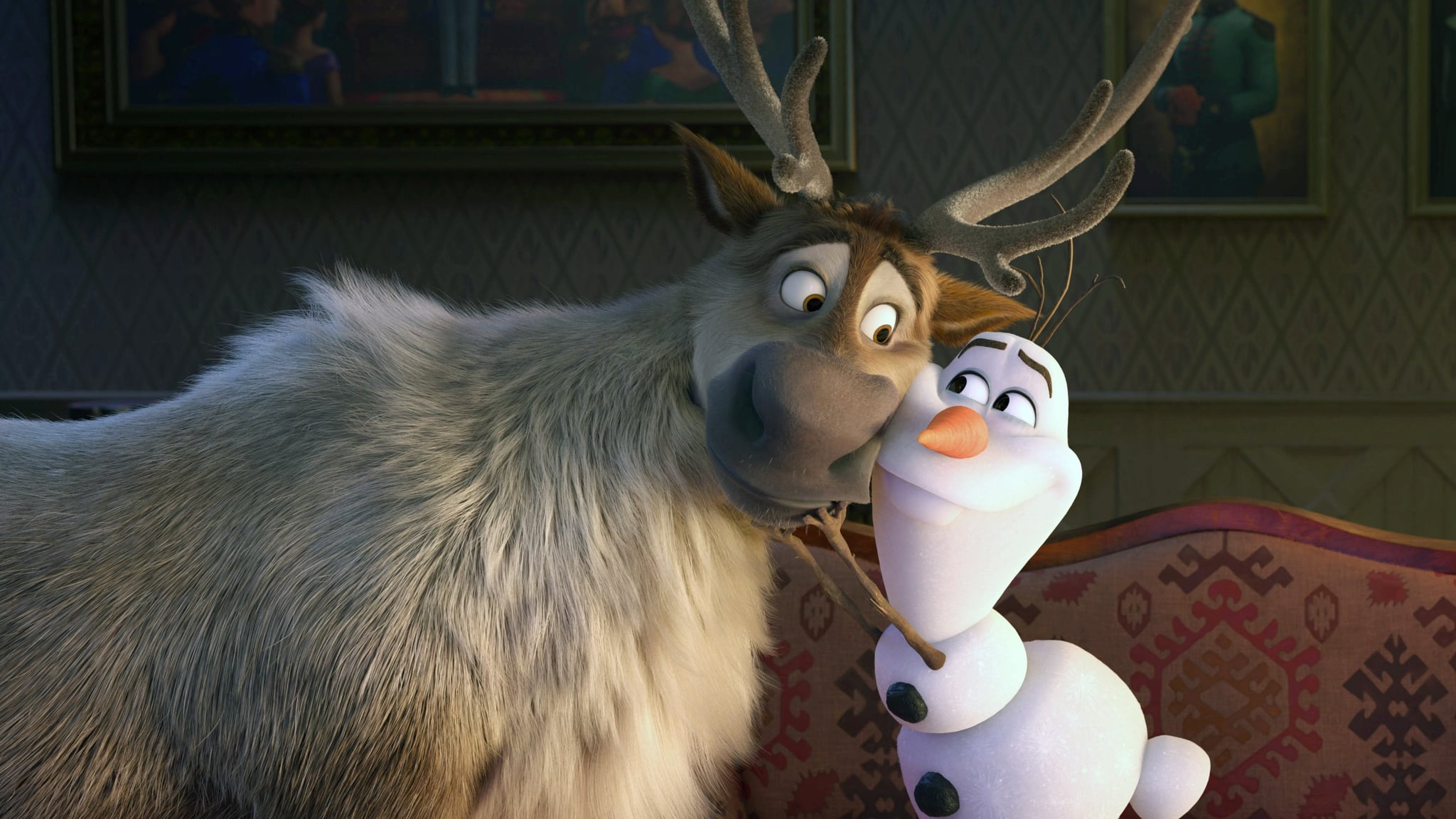 Frozen 2 packs plenty of twists into the highly anticipated sequel, but what about the end credits scene? Not every Disney animated movie has a postcredits scene, but Frozen 2 does! The bonus scene doesn't reveal any crucial new information about the plot, but it's definitely a fun little extra worth sticking around for.

At the very end of the movie, after all the credits roll and all the fun pop covers of the movie's songs have played, we see Olaf sitting in a snowy landscape, which appears to be the North Mountain. Remember, back in the original Frozen, Elsa fled to the North Mountain after her powers were unleashed and created her famous ice castle there. Olaf sits there, recapping the events of Frozen 2 for an audience that we can't see at first; it's a funny callback to earlier in the movie, when he narrates a quick recap of what happened in the first Frozen.

Olaf's recap is much shorter this time around. "A bunch of things happened that I forgot," he casually says. "And thus, I live, and so do you!" At that point, we finally see who he's talking to: Marshmallow, Elsa's giant snow guard from the first movie. Marshmallow and a bunch of other snow creatures cheer, and that's the end of the scene.

Unlike the kind of postcredits scenes that we've gotten used to in, say, Marvel movies, this scene has absolutely no real relevance to the plot or to any potential sequel. We're used to Marvel-style postcredits scenes that add one last new twist to the plot (see: Spider-Man: Far From Home) or tease what's coming next in the overall universe (remember, the whole concept of the Avengers was first teased in Iron Man's postcredits scene). This is something lighter and more playful, which makes sense because the Frozen universe isn't quite so concerned with setting up a sequel. In fact, there's a very real possibility that there won't even be a third movie in the franchise, so it makes sense that the end credits scene is just a fun little bonus rather than a brand-new cliffhanger.