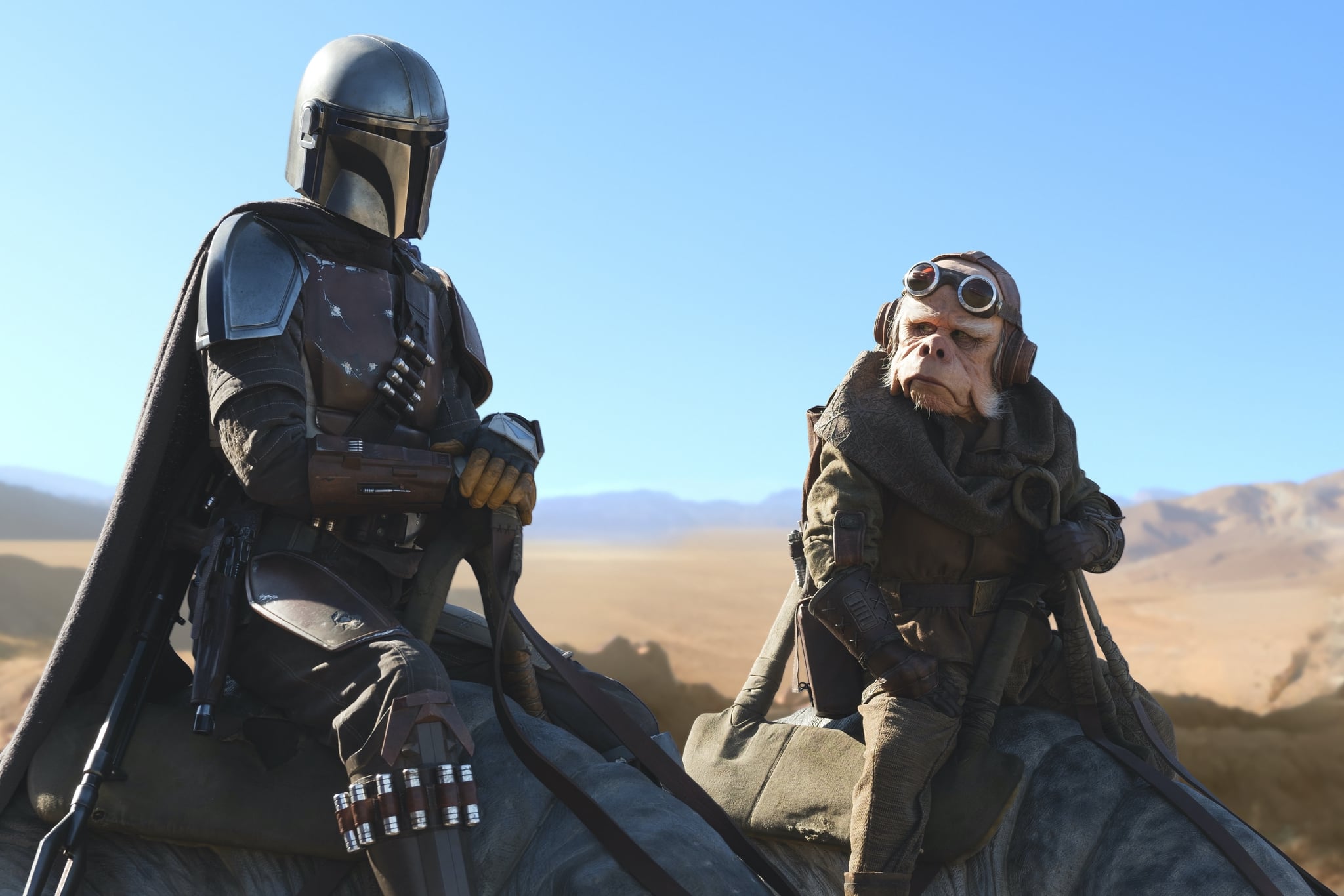 The buzzy Star Wars series The Mandalorian might have casual viewers wondering, what is a Mandalorian, exactly? It's not a fancy title or a mysterious name — as it turns out, it's just the name for someone from the planet Mandalore, which is where our helmeted hero originates from.

According to the official Star Wars site, Mandalore has been the location of a great deal of conflict and violence over the years.

"Mandalore is an Outer Rim planet that has been entirely ravaged by continuous war. Its society is divided into Houses and Clans, which frequently battled each other for power over the centuries. Its warmongering people also took the fight outside the confines of Mandalore; its fearsome fighters were even unafraid to take the Jedi head-on in ancient conflicts. Centuries of battle changed the planet's surface into a barren landscape. By the time of the Clone Wars, the endless deserts are dotted with domed cities with most of its populace living peacefully inside. Mandalore's armored warriors were exiled to the moon of Concordia, presumed to have died out as the years passed."

The Mandalorian isn't the first time we've seen the planet of Mandalore play a part in the Star Wars universe. In the animated series The Clone Wars, Obi-Wan Kenobi tries to help the pacifist Duchess Satine (with whom he has a very complicated, emotional history) maintain control of the planet, but she is ultimately defeated in a coup that places Darth Maul's allies in control. Star Wars Rebels shows a later part of Mandalore's history, when Satine's sister rules until she refuses to pay obeisance to the Emperor and is overthrown by Imperial-backed parties. Insurgent Mandalorians once again are able to wrest control of their planet away from the Empire, but in doing so, they put their world in the Empire's cross-hairs at the peak of Imperial power.

Along with their historic role as warriors, the most famous piece of Mandalorian culture is, of course, their unique beskar armor. It is unusually durable, customized for each warrior and their clan affiliations, and coveted by bounty hunters from across the galaxy. Boba Fett, notably, wears beskar armor despite not being a native Mandalorian. Who knows what other secrets of Mandalore will be revealed as The Mandalorian continues on Disney+?