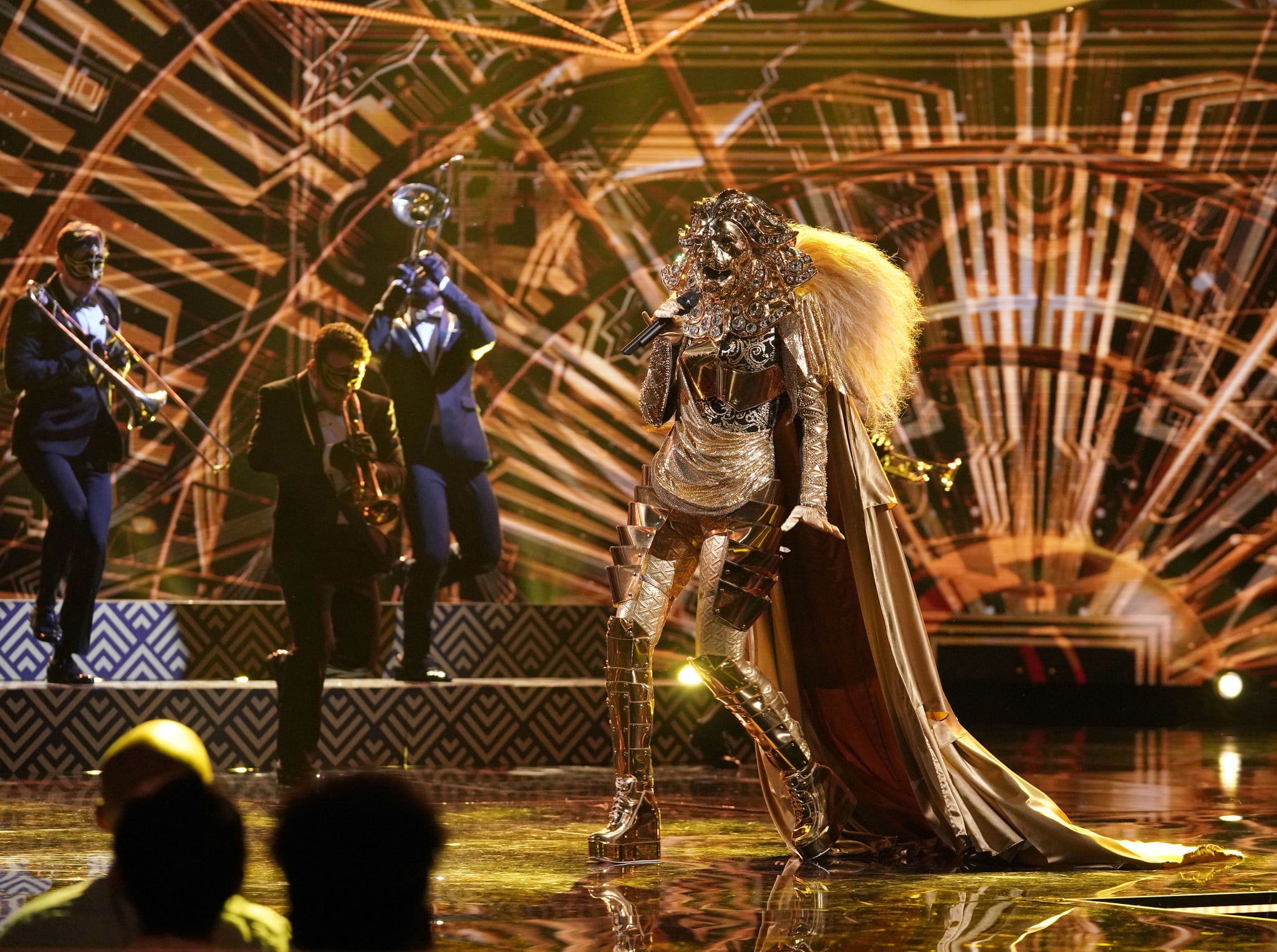 The Masked Singer is the biggest unexpected reality show hit in several years, and now it's getting a spinoff — featuring Ellen? That's the news coming out of Fox at the TCA Winter Press Tour, apparently. The Masked Dancer has officially been ordered to series, and it all began with a parody segment on Ellen's talk show.

After The Masked Singer took off, Ellen combined the goofy anonymous celebrity guessing game and her own famous dancing segments and turned it into a tongue-in-cheek recurring segment called "The Masked Dancer." Much like its inspiration, the segment features celebrities dressed in elaborate, head-to-toe costumes and masks to disguise their identities as they perform their own unique dances for a panel of "judges" and the audience, who then try to guess the celebrities' real identities. Howie Mandel, Sean Hayes, Derek Hough, Bachelor star Colton Underwood, and The Masked Singer judge Ken Jeong have all appeared on the segment, which is spearheaded by Ellen and her DJ tWitch, himself a veteran of the TV dance competition So You Think You Can Dance.

The new series will be produced by Fox Alternative Entertainment and Warner Bros. Unscripted & Alternative Television, with Ellen executive producing as well."We're still blown away by The Masked Singer's massive impact on pop culture, but when Ellen debuted her own inventive segment, 'The Masked Dancer,' on her show, we were truly amazed," Rob Wade, president of alternative entertainment and specials at Fox Entertainment, said in a statement to Deadline. "We are thrilled to partner with Ellen on this new format and take The Masked Singer to a whole new creative level."

Ellen, for her part, reacted to the news as one might expect: with a quip. "This is gonna be just as fun and suspenseful as The Masked Singer, but with a lot more Krumping." No filming or premiere dates have been announced yet.

Music
From Diddy to Brandy, Check Out the Best Performances From the 2022 BET Awards
by Monica Sisavat 4 hours ago