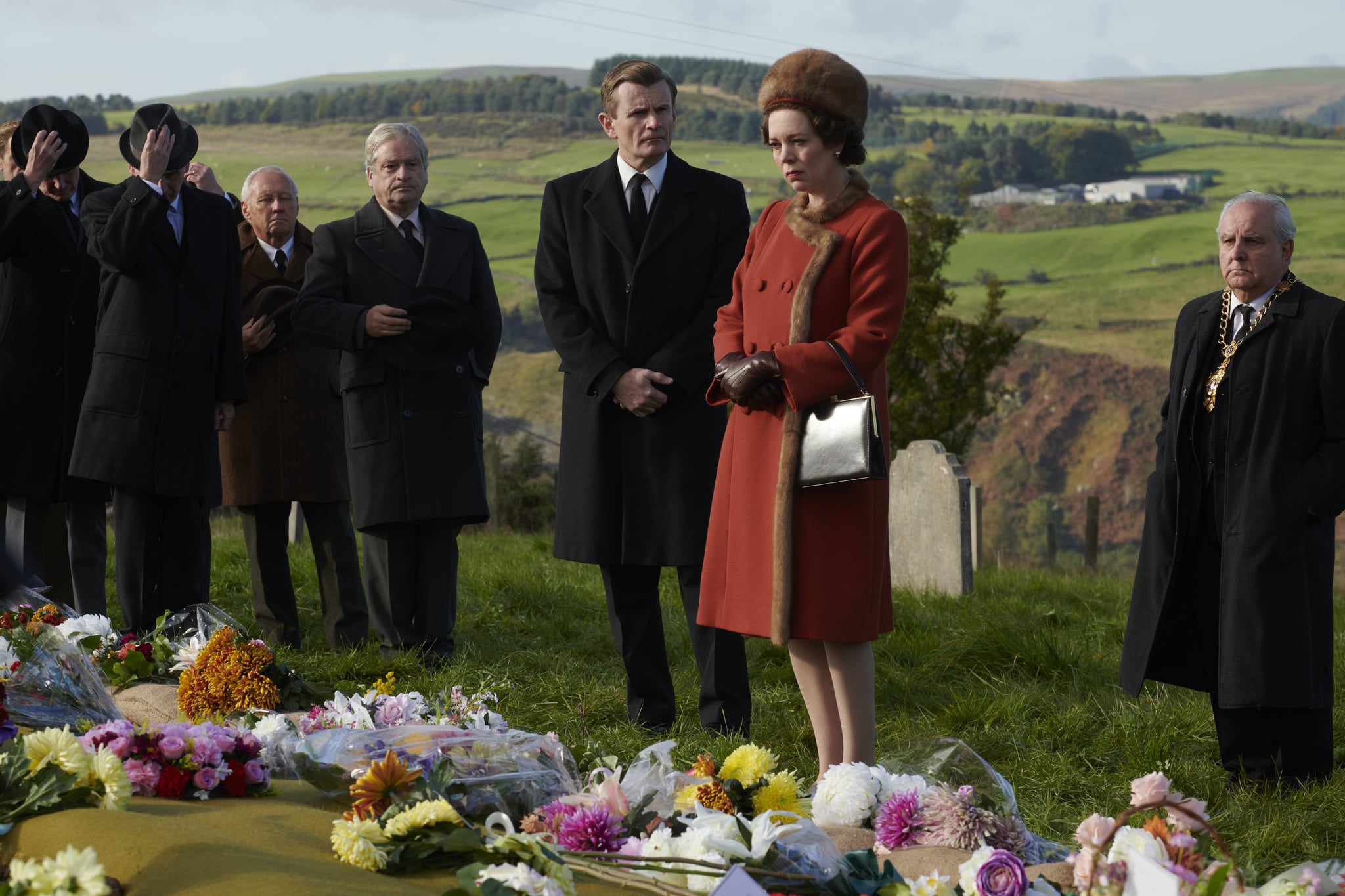 Season three of Netflix's The Crown depicts one of the 20th century's most horrific disasters and Queen Elizabeth's reaction to it. On Oct. 21, the Aberfan disaster occurred in the early hours of the morning, taking the lives of 144 residents of the small town in Wales — 116 of the victims were children between the ages of 3 months and 14 years old.

Aberfan was a small mining village that still employed a large number of coal miners in 1966. With the production of coal comes waste, and the waste from the local mine was dumped in areas known as tips that were situated in the peaks above the town. Per the BBC, by 1966, the seventh tip, one that was situated above Pantlas Junior School, was "111 feet high and contained nearly 300,000 cubic yards of waste." The combination of heavy rainfalls and a natural spring beneath the waste led to the tip collapsing into an avalanche of slurry that buried the school and parts of the village.

On Oct. 21, the children of Aberfan had just arrived at school for a half-day before their mid-term break when they heard a roar like an airplane descending. There was no other warning before the slurry hit, burying everything in its path. Parents, volunteers, emergency workers, and men from the mine all headed to the school in hopes of saving as many people as possible. A few children were rescued from the site, but by 11 a.m., it became clear to those digging through the debris that no more survivors would be found.

Jeff Edwards was the last child to be lifted from the school alive. "My desk was pinned against my stomach, and a girl's head was on my left shoulder. She was dead," he told the BBC on the 50th anniversary of the disaster. "Because all the debris was around me, I couldn't get away from her. The image of her face comes back to me continuously."

While there was no warning that the tip would slip that day, the Aberfan disaster was preventable. By 1966, the seventh tip had risen to a 111-foot heap of waste, and the National Coal Board knew that there was a natural spring beneath the waste. In 1963, Pantglas school sent a petition to the Coal Board voicing concern over the dangerous area being so close to the school, but their concerns were dismissed. The board even went so far as to suggest that the mine could be closed if they pressed the issue — a move that would have taken away jobs that were crucial to the village's economy. After the disaster, a tribunal found the National Coal Board was at fault but no arrests were made, and a large sum of money raised for the families of Aberfan was given to the board to clear the tips from the village.

Queen Elizabeth didn't immediately visit the village when disaster struck, but she has stood with Aberfan ever since — visiting the community on four separate occasions since they suffered such a monumental loss. Initially, she sent Prince Philip in her place before visiting the community herself eight days after the disaster. She has called waiting to visit her greatest regret, but the villagers seem to believe she came at exactly the right time.

In 2015, Elaine Richards, a mother who lost her 9-year-old daughter on that tragic day, recalled the Queen promising to return when a new school opened in Aberfan. She kept her promise and returned for the opening of a new school in 2012. "She kept her promise, she is a very gracious lady," she told ITV. "Now we have children playing in the village again."