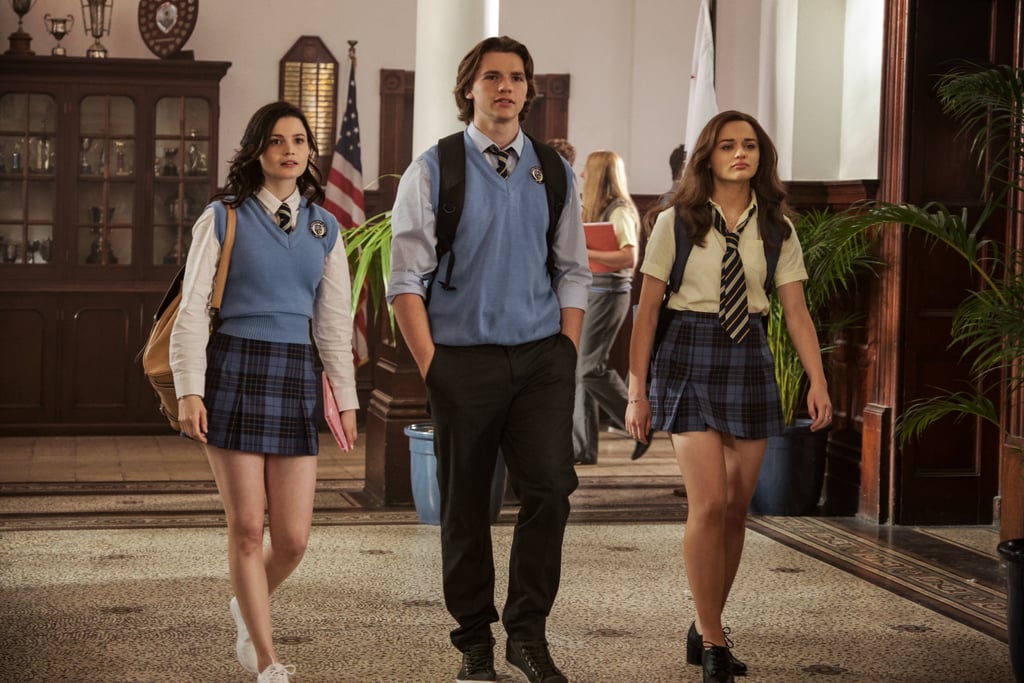 Grab your chapstick, folks: The Kissing Booth 3 is ready to hit your screens! Well, it'll be ready to hit your screens when it premieres in 2021, but the good news is that the cast and crew have already filmed it. So, all we have to do now is wait for Netflix to drop that premiere date! But until then, we have all the time in the world to think about all the deliciously ridiculous things we hope will come with the third (and possibly final) installment in the Kissing Booth saga.

Thanks to a sneak peek released by the streamer, we already know that the third film will pick up right after The Kissing Booth 2, starting us off during the summer before Elle (Joey King) heads to college. Elle still hasn't decided where she wants to go for college and hasn't told anyone about having been accepted to both Harvard and Berkeley. The big questions are, what college will she choose and where will our favorite characters wind up when it all comes to an end? It's all so dramatic!

Since the cast has confirmed that everyone from the second film will be returning — including Joel Courtney, Jacob Elordi, Meganne Young, Maisie Richardson-Sellers, and Taylor Zakhar Perez — there's plenty of shenanigans that could go down in the third movie. Will Elle stay with Noah and attend Harvard with him? Will she stick with her original plans and go to Berkeley with Lee? Or will she go against the grain and go to a completely different school? There are so many ways this could all go down, and I've come up with several scenarios that I would love to see come true in The Kissing Booth 3. Netflix, call me if you need some ideas for reshoots!