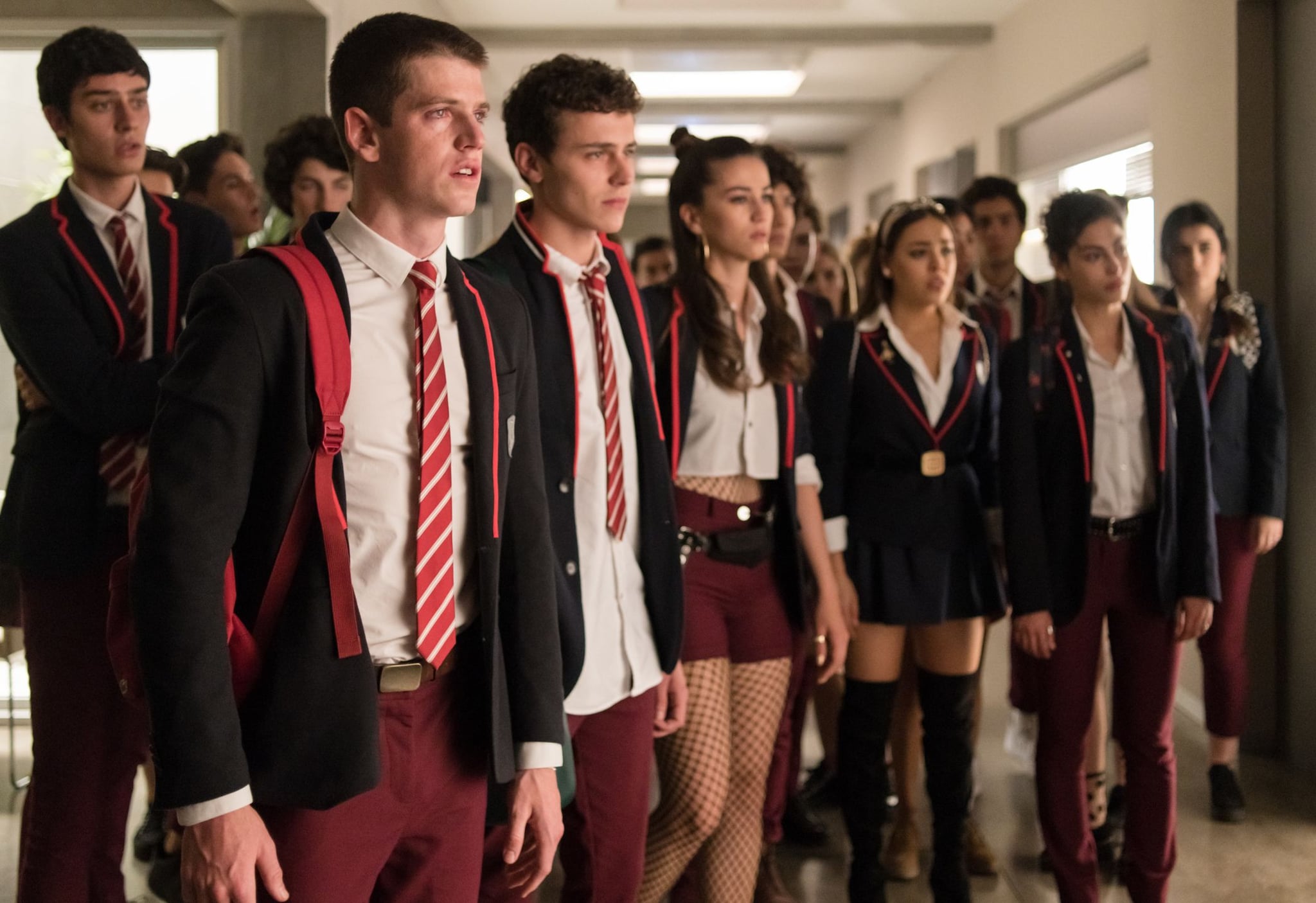 It's been several months since Netflix dropped the second season of its salacious teen drama Elite, and luckily we won't have to wait too long for the third installment! On Tuesday, the streaming service announced that the Spanish-language murder-mystery series set in a top-tier private school will return on March 13, only about six months after the season two premiere.

The kids are coming...

Though there isn't much more information about the upcoming season, we assume it'll pick up after the wild finale for season two. The previous eight episodes introduced a few new characters — Valerio, Cayetana, and Rebeca — gave fans some truly unforgettable moments, and finally exposed Marina's true killer. Of course, since this show is all about privilege, deceit, and all kinds of wicked crimes, they get away with it!

The series was renewed back in October 2019, with star Ester Expósito (Carla) announcing it in a video and revealing two new classmates played by Leïti Sène and Sergio Momo. We'll have to wait and see how the new duo fits into the ritzy Spanish private school, as well as how things will go down now that everyone knows what really happened the night Marina was murdered. Keep your eye out for a specific premiere date and get ready to head back to Las Encinas in March!