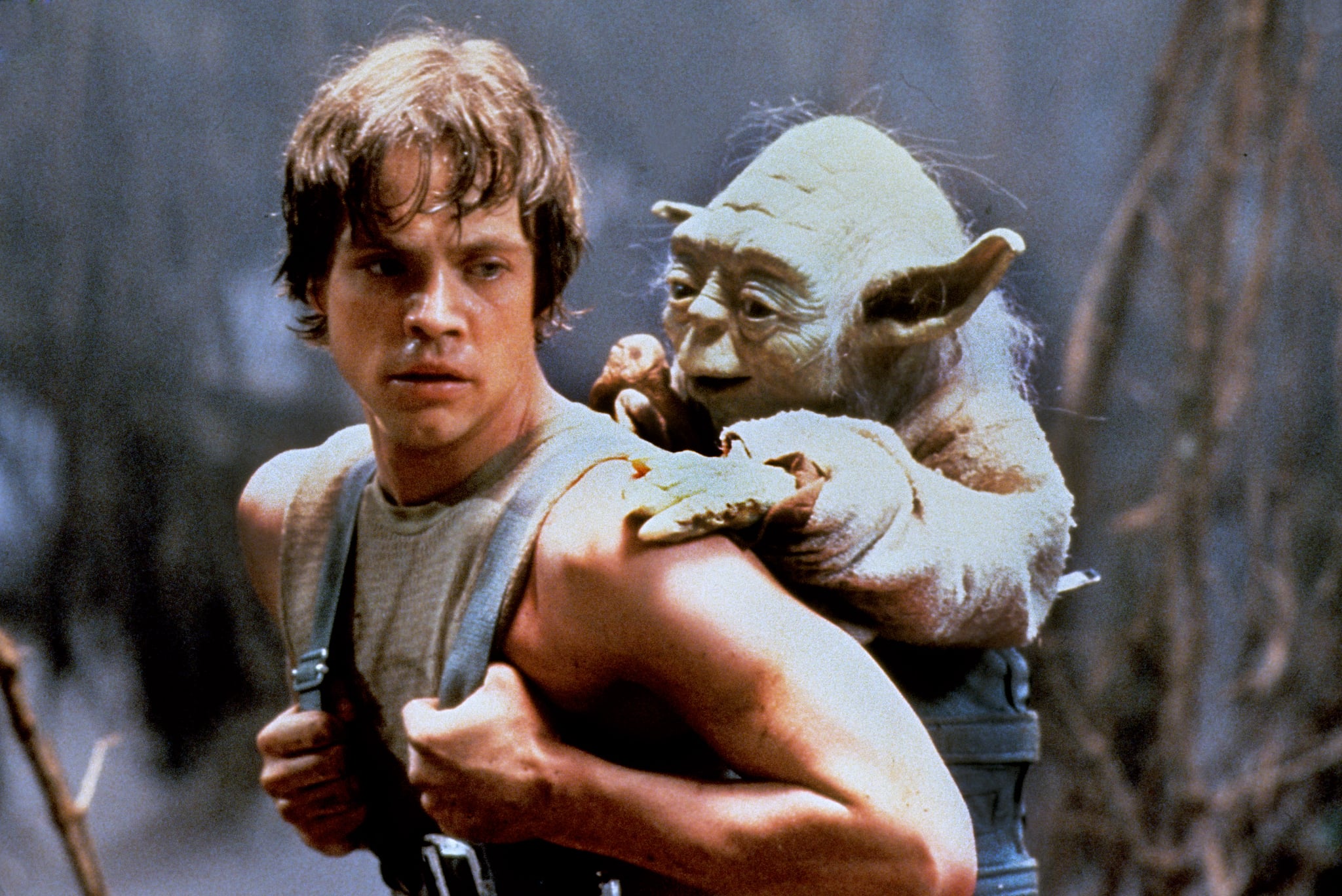 With the introduction of "Baby Yoda" in The Mandalorian, it's no wonder some viewers might wonder where the real Yoda is during all of this. The Child, who is almost a complete mystery except for having a bounty on its head and for being an infant member of Yoda's famously mysterious species, is clearly very important to this segment of the story. The whereabouts of its predecessor, though, aren't a mystery at all.

The Mandalorian takes place about five years after Return of the Jedi in the overall Star Wars chronology, placing it in the heretofore-unknown space between the original trilogy and the sequel films, a generation later. You might remember what Yoda does in Return of the Jedi: confirm that Darth Vader is Luke's father, squirrel away from Luke's frustration over having been lied to, tell Luke there is "another" Jedi (meaning Leia, who is about to be revealed as his sister), and then die. He's only seen one more time in the original trilogy, appearing to Luke as a Force ghost along with Obi-Wan and Anakin during the celebrations on Endor, but that's not the last time he's seen. His Force ghost apparently appears to Luke from time to time, culminating in his apparition during The Last Jedi as Luke tries to burn Jedi texts on Ahch-To.

During the time period depicted in The Mandalorian, then, Yoda does exist, but only in a spiritual form and, presumably, most closely concerned with Luke's work to rebuild the Jedi Order. Since he does have a presence, albeit in a metaphysical sense, it's certainly possible he might end up playing some role in the Child's fate down the line. For now, though, it looks like the Child is the only member of their species who is alive and with known whereabouts in the physical world.