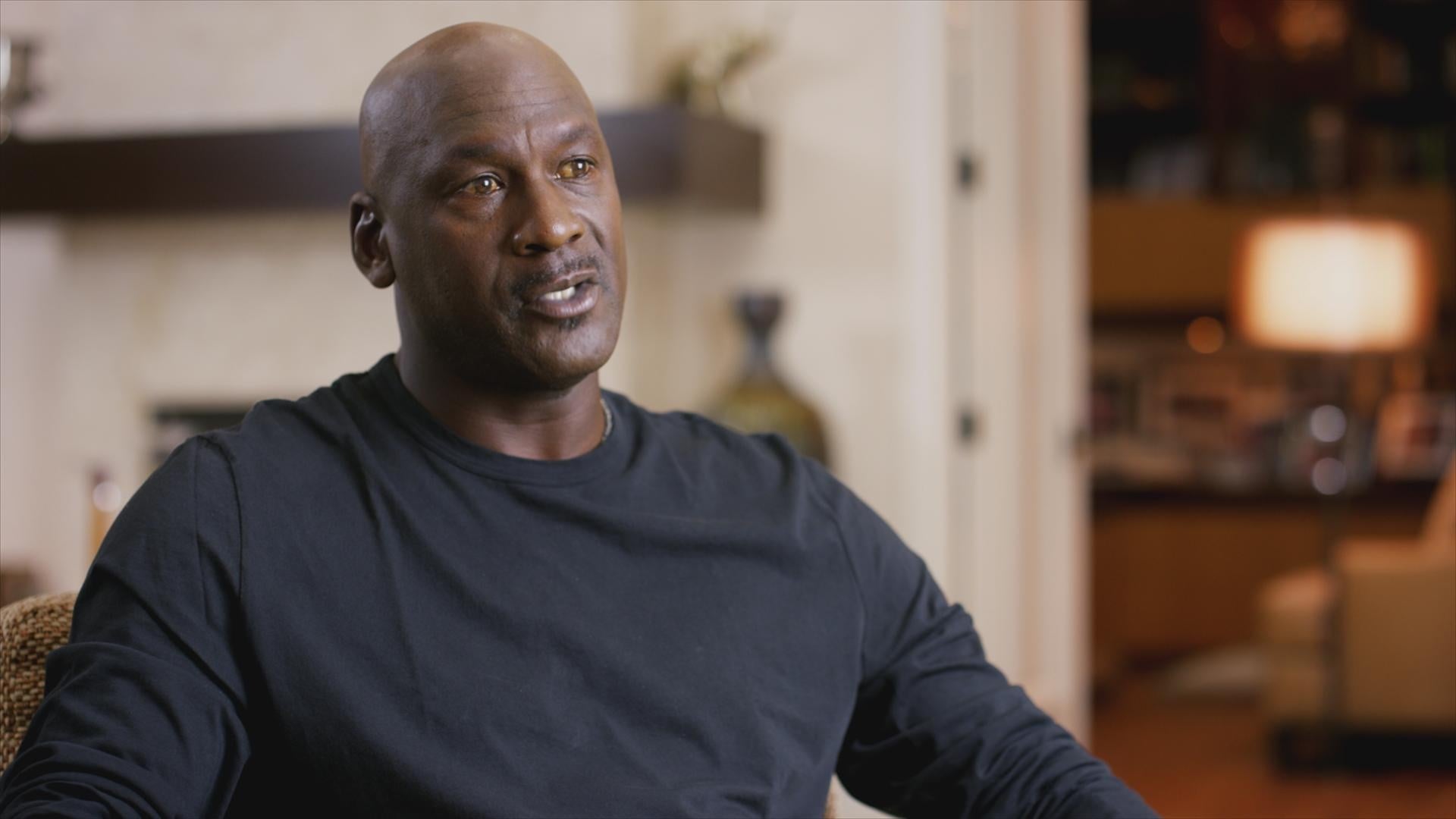 If you happened to notice that some of the interview spots in The Last Dance seemed a bit sparse, you're not alone. After watching legendary basketball players Michael Jorden, Scottie Pippen, and Dennis Rodman throughout this entire ESPN docuseries, we had to wonder where these interviews were even filmed. Turns out, there's a whole story behind all three of these former Chicago Bulls' interviews.

The Last Dance director Jason Hehir told Insider that when planning for the series, he took inspiration from the 2017 documentary The Defiant Ones about music superstars Jimmy Iovine and Dr. Dre. Hehir said the interviews in that documentary looked elevated and were dripping of luxury, just like the subjects of the story. Hehir wanted to emulate that with The Last Dance because it's all about NBA's elite. In trying to nail down the locations for Jordan, Pippen, and Rodman, though, he ran into a couple snags.

Related:
22 Memes Inspired by The Last Dance That Have Us Saying, "Crying Jordan Who?"

First of all, Jordan refused to allow filming inside his actual house. He wanted to keep as much of his private life as private as he could, which meant not allowing production inside his home. Hehir ended up shooting Jordan's interviews in three different houses near where he lives in Jupiter, FL. Because Jordan's interviews were so extensive, Hehir didn't have enough time in any one house to get it all done at once, so they had to use three different ones. They rented one of the houses to start, and the other two belonged to friends of people working on the documentary. "You'd be surprised how quickly people will open their doors when you say, 'Can Michael Jordan come over and be interviewed at your house?'" Hehir said to Insider.

Rodman's interviews weren't at his house, either. Hehir shot his interviews in a hotel suite in Los Angeles to continue with the upscale aesthetic. As for Pippen's filming location, well, Hehir had issues there, too. Though Pippen did allow filming inside his house, he had just moved in, which is why you won't see any furniture in any of the shots. "We came in and my jaw dropped in the wrong way because there was no furniture in the home," Hehir told Insider. "I think his family had just moved into the house a week or two prior to when we shot. They had all their stuff in boxes in the kitchen and the living room was this cavernous space."

As for the other talking heads in the film, they were shot at various locations, including some of their own homes and other borrowed spaces.