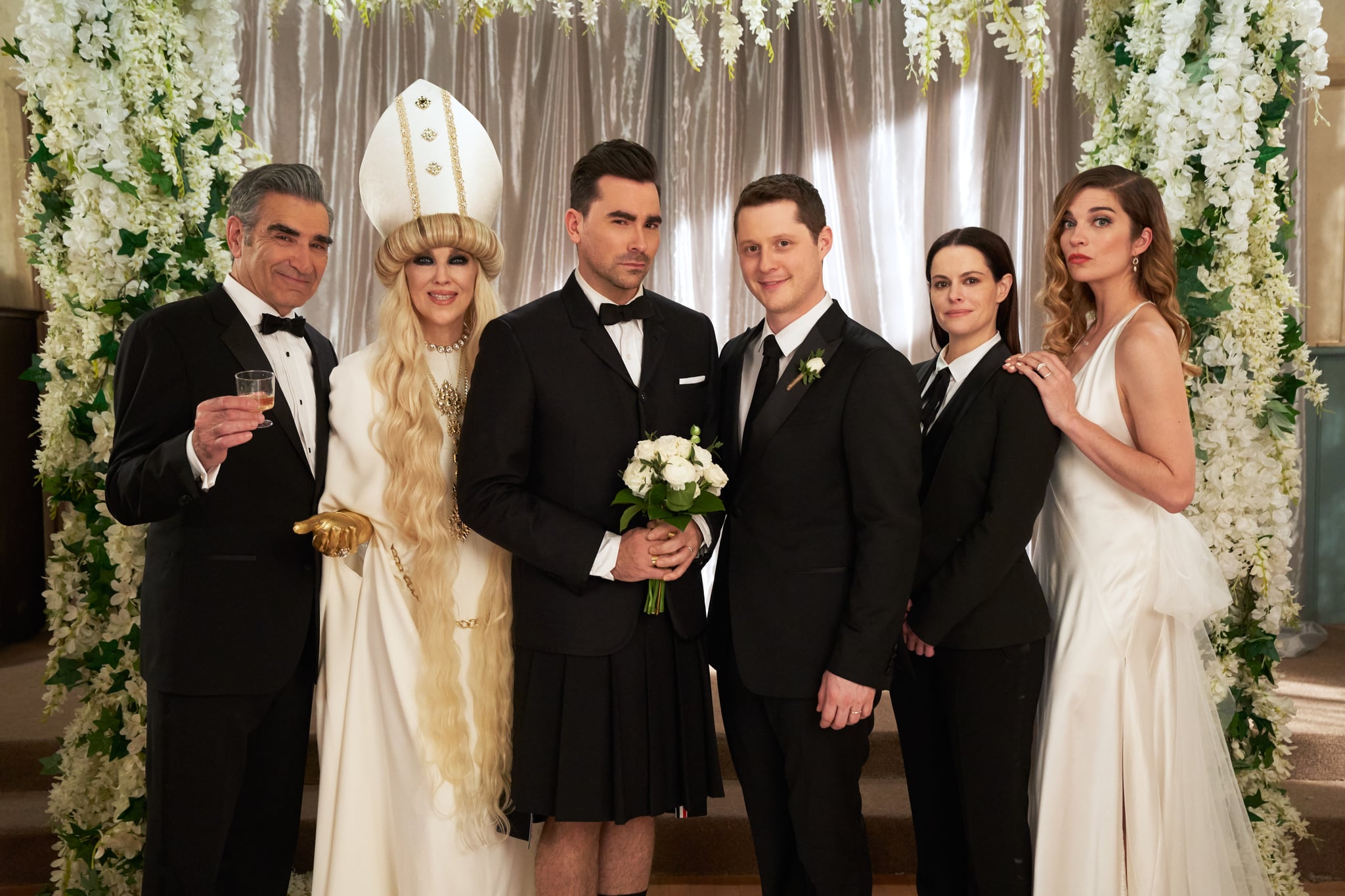 The 2020 Emmys are taking place remotely this year, but the Schitt's Creek team found a way to be together. A handful of the show's cast and crew came together at an Emmys viewing party, but don't worry — they're staying safe!

According to Entertainment Weekly, some of the cast and crew gathered at an event space in Toronto for a COVID guideline-compliant viewing party. Along with the show's four nominated actors — Eugene Levy, Catherine O'Hara, Dan Levy, and Annie Murphy — actors Noah Reid (Patrick) and Karen Robinson (Ronnie) were in attendance, plus director Andrew Cividino and some of the show's executive producers. All attendees are adhering to Ontario's guidelines, most importantly by isolating since getting to the area and testing negative for coronavirus.

The Schitt's Creek team also set a great example by wearing masks at their viewing party, except to give acceptance speeches — of which there were many! Within the first hour of the show, Schitt's Creek swept through the comedy categories, winning best actor and actress in a comedy for Eugene Levy and Catherine O'Hara, best supporting actor and actress in a comedy for Dan Levy and Annie Murphy, and directing and writing awards for Dan Levy and director Andrew Cividino. And all this before taking home the best comedy trophy too! For a show that's about community, it's touching that they've been able to celebrate their last hurrah together even in this unusual year.

Red Carpet
Whoa! We Need a Moment to Process Madelyn Cline's Asymmetrical Versace Dress at the PCAs
by Chanel Vargas 14 hours ago

Jojo Siwa
It's a DWTS Reunion! JoJo Siwa and Iman Shumpert Caught Up at the People's Choice Awards
by Kelsey Garcia 15 hours ago

Fashion News
Kim Kardashian Accepts Her Fashion Icon Award in Balenciaga and Big Sunglasses — What Else?
by Sarah Wasilak 15 hours ago