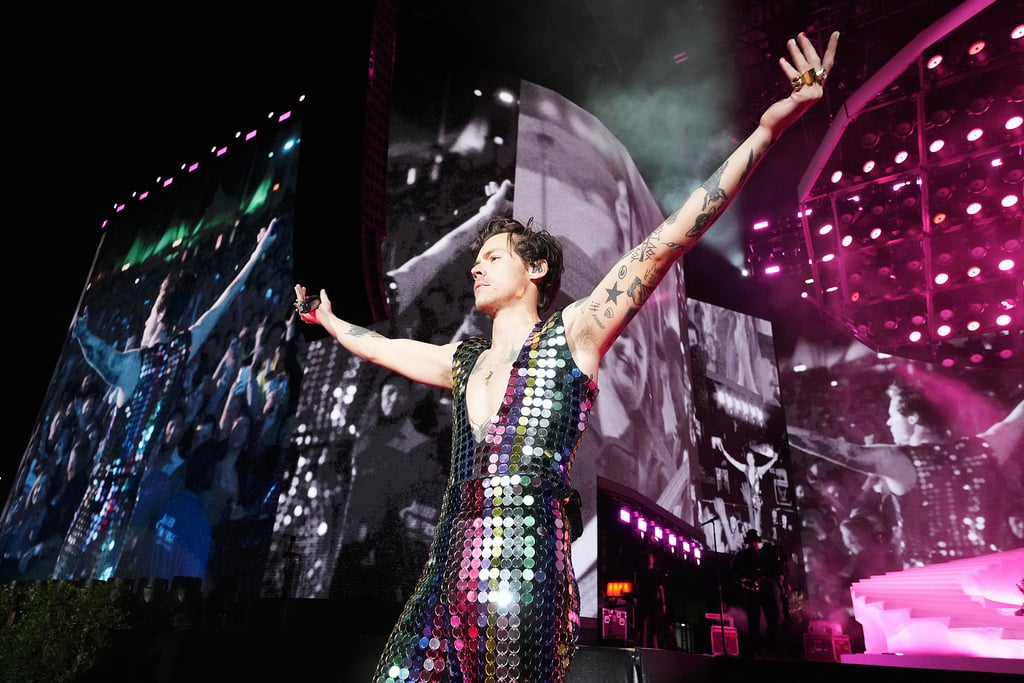 7 Theories For Who Harry Styles's Songs Are About

Harry Styles is extremely private and doesn't want you to know who, exactly, his songs are about. The British singer, who has released two albums and has a third on the way, generally plays coy when talking about his music. In 2017, Styles told The Zach Sang and the Gang Show that he prefers it when people don't know the "real" meaning behind a song. "I think the best thing about music is everyone can take away different things from stuff, and that's not wrong, there's not really a wrong answer," he said. "I feel like a lot of my favorite songs that mean something to me, I'd be disappointed if someone told me that they were about something else. It might ruin the song for me." So if this is how he feels about music, it's not surprising that he's not chomping at the bit to share his inspirations for his own.

What Styles does share, though, is a lot of the emotions behind his music. He has been open in interviews repeatedly about the sadness he felt writing certain songs or feelings of joy for others — and it comes across in his lyrics. Since some of his tracks are vague when it comes to discerning who inspired them, it means listeners can not only theorize, but also pin the song to someone in their own life. By leaning on emotions instead of blatantly pointing at any one person, Styles makes his music universal, and that's part of why his listeners love it so much.

That being said, the internet absolutely has some theories about who some of Styles's songs are about. Because he thinks there's no wrong answer in what you can take away from a song, fans feel confident in coming up with their own ideas. They may be "wrong," but to someone, they feel right.