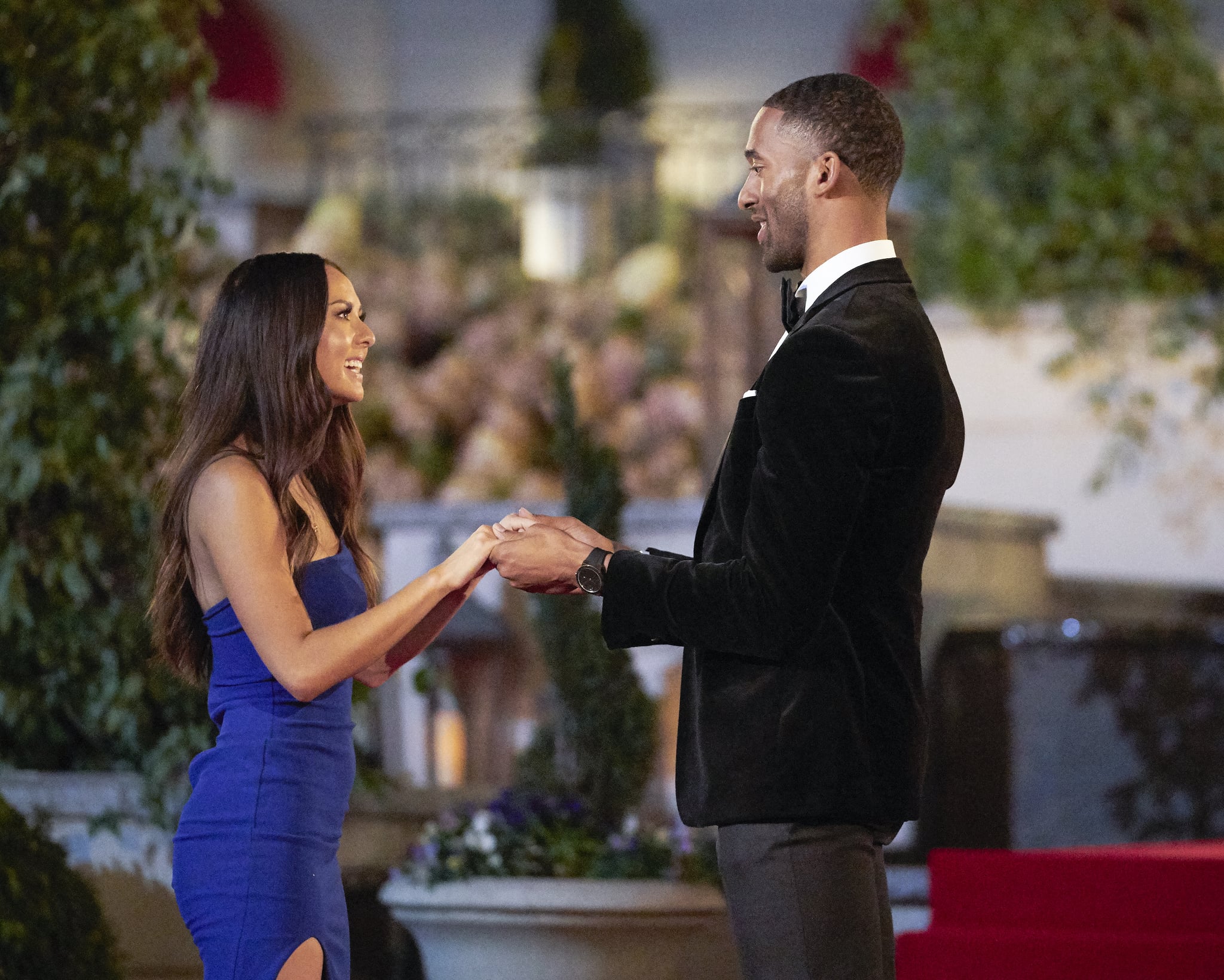 Matt James began his adventure on The Bachelor and it's fair to say it started off with some great vibes. (Thanks for inspiring a season full of jokes, Katie!) While the 29-year-old philanthropist had a record number of women vying for his affection during Monday night's premiere, there was only one who could earn the honor of snagging his first-impression rose. The highly coveted place of honor — or curse, depending on who you're asking — went to Abigail Heringer on Jan. 4, and her connection with Matt was undeniable from the start.

When the client financial manager made her introductions in front of the mansion, she joked to Matt that she wouldn't just be looking at his lips a lot because he's dead sexy, but because she would need to read his lips a bit. She revealed that she was born deaf and wears a cochlear implant. Matt promised to enunciate for her and, when the two got a chance for some one-on-one time inside, confessed that he was taken by how open and honest she was with him.

Related:
The Bachelor: Here Are the Women Matt James Has Eliminated So Far

Abigail opened up further, sharing that her older sister is also deaf, and her candidness about it inspired Abigail to follow in her footsteps. It's an attitude that Matt makes clear he finds attractive, noting that, "Once I heard your name, I went blank . . . I was just staring into your eyes." The two shared the first real kiss of the season — no offense to that Lady and the Tramp moment — and Matt gave Abigail the first-impression rose, praising her for her vulnerability.

"You were everything I'm asking of these women tonight," he told her. "Knowing you're a fighter, I thought it was only appropriate that I ask you something. Abigail, would you accept this rose?" Obviously, she said yes, admitting in her confessional that Matt seeing the potential in her and their relationship makes her incredibly excited.

It's just the start of their journey, but we're already smitten with Abigail and her relationship with Matt! We'll have to see if this is the first-impression rose to finally lead to an engagement.