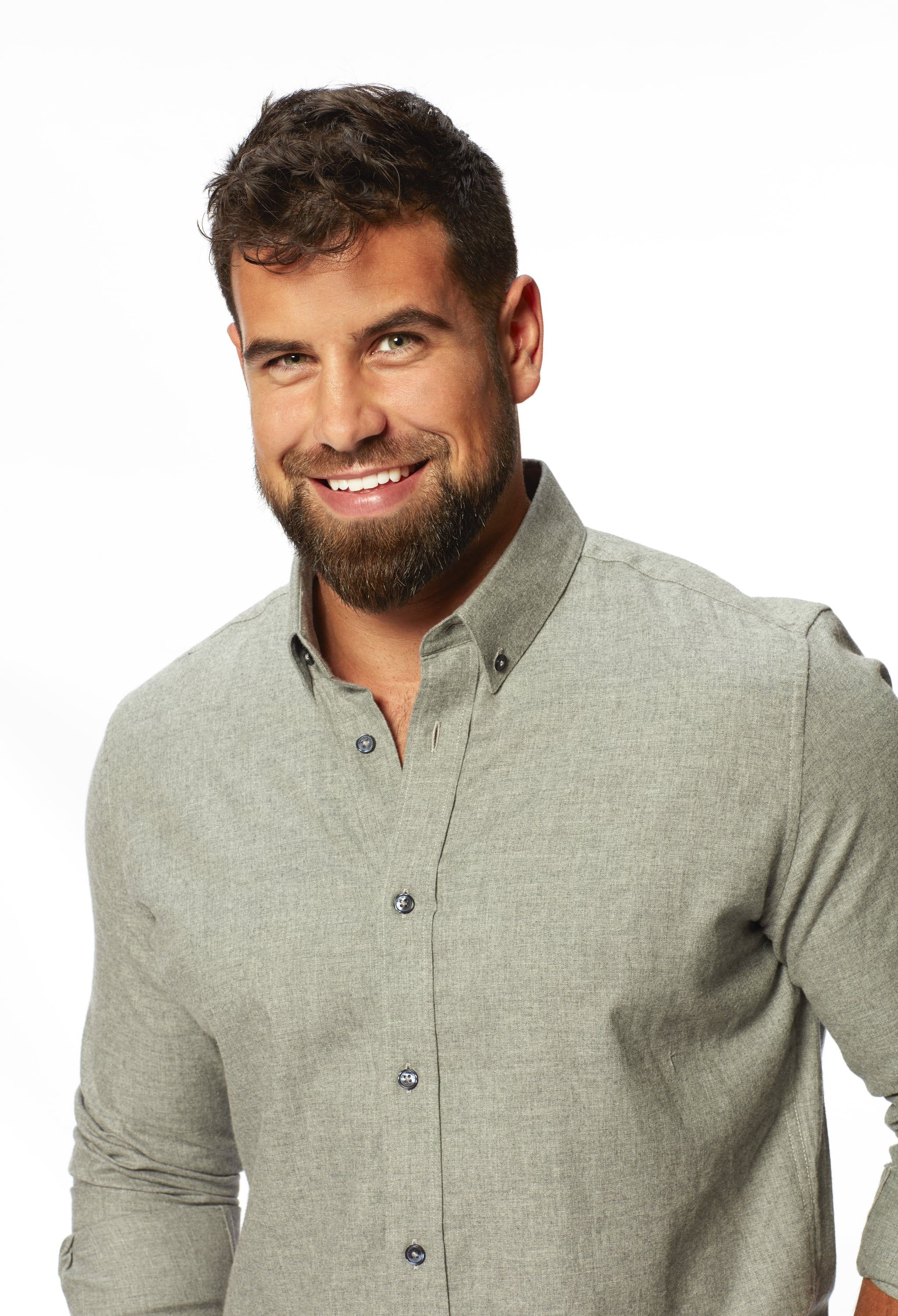 Clare Crawley may have her eye on Dale Moss after their instantaneous connection during The Bachelorette premiere, but there's one other suitor who's caught our eye: bad boy Blake Moynes.

OK, calling Blake a bad boy is probably a stretch, but the 29-year-old Canadian made quite a mark with his controversial introduction to the current Bachelorette. As Clare revealed during their one-on-one time in the season 16 premiere, Blake reached out to her via Instagram before filming began, which is a very strict no-no with production. Clare and her 31 contestants were quarantining separately at the time and the 39-year-old hairstylist was struggling with being away from her mother, who has Alzheimer's and dementia and had injured herself after a fall. The younger man reached out to the Bachelorette after seeing her Instagram Story to check on her and let her know she wasn't alone.

Related:
The Bachelorette: Tayshia Finally Ends Her Journey With Her Final Suitor

Despite the two sharing such a sweet moment and one of the first kisses of the season, Blake didn't walk away with the first impression rose. This is a world with Dale Moss after all, and according to Clare, he makes her feel like no other! But still, Blake sent some hearts aflutter in Bachelor Nation (it's me, I'm Bachelor Nation) and fingers are crossed that he'll be sticking around for the long haul. And in that hopes, we've gathered everything there is to know about the Canada native, so here's a little more about him.

According to his official ABC bio, Blake Moynes is a 29-year-old wildlife manager with a smile that'll light up a room like a Christmas tree. (OK, I added that last bit.) He hails from Hamilton, Ontario, Canada, and "has no problems talking about his emotions and wants a partner who will appreciate that he wears his heart on his sleeve." He loves being outdoors and his dream woman is just as outdoorsy and "has to have a goofy side."

If you're like me, you're probably already googling how to find a man like this in your neck of the woods, and that's totally OK. Until we can find our own Blake Moynes, we'll just keep rooting for this one to find his happily ever after on The Bachelorette!