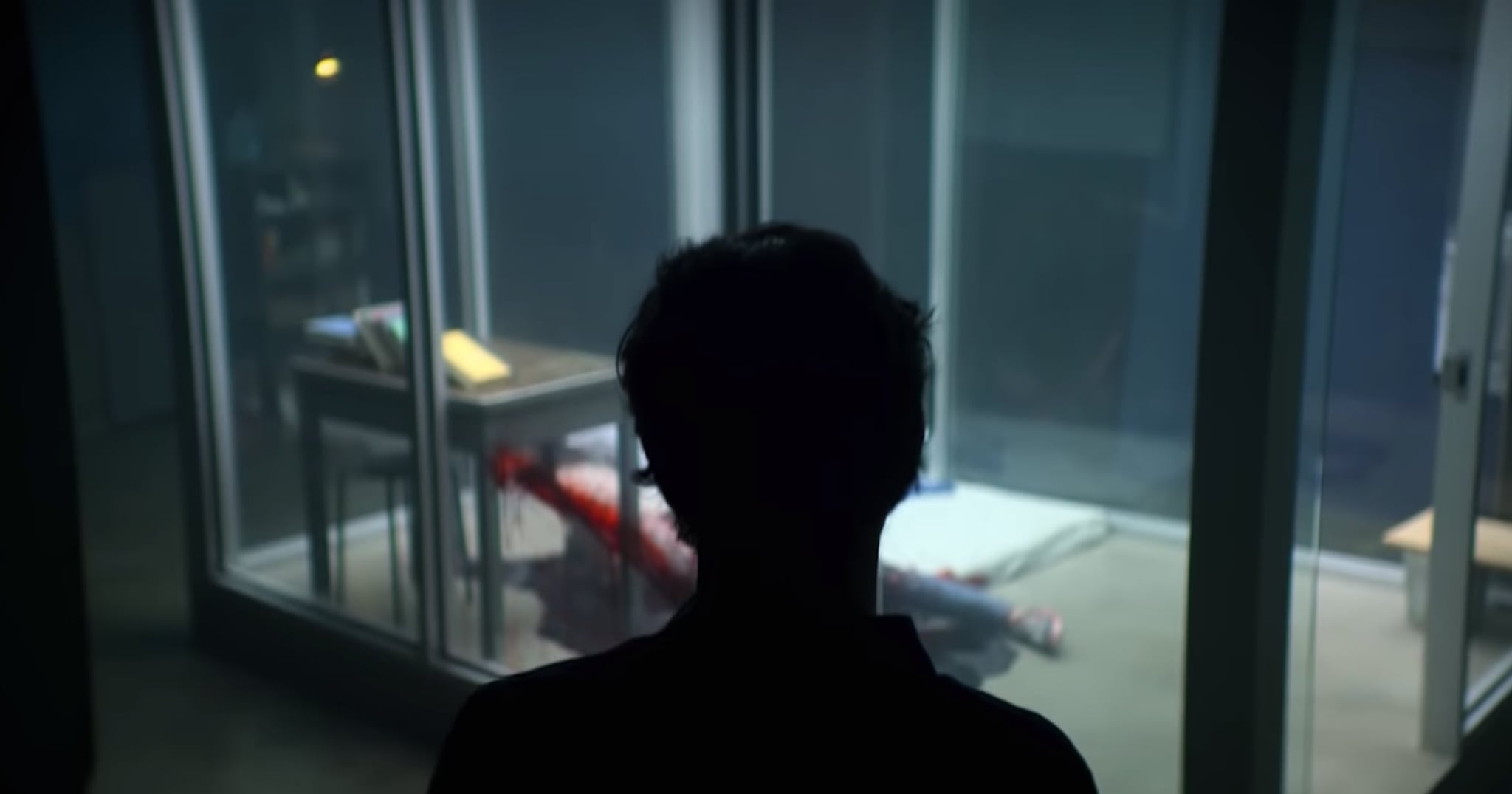 It looks like no one's safe even when Joe from Netflix's You heads west to start anew. The creepy season two trailer ends with Joe staring at a body lying in a pool of blood inside of his infamous cage. But to spice things up, we can't really see who's dead on the floor. Between his bubbly new LA love interest and his not-so-dead ex, the body could belong to a handful of people. Dying to know who Joe's hapless victim is? Let's put on our thinking caps and investigate the potential corpse contenders!

Joe, now going by Will, moves to Los Angeles, finding love with a bougie grocery heir named, wait for it, Love. Does Joe like Love enough not to kill her? So far, he doesn't have the best track record when it comes to treating his girlfriends right. Unless Joe transported his murder cage to Los Angeles, we might have to see if and how Love ends up in Joe's bookstore basement.

Love's brother asks Joe in the new trailer, "What are your intentions with my sister?" Take a cursory scroll down the YouTube comment section and you'll see that everyone's already sending out their hopes and prayers for this guy. This theory tracks, since it's Joe's style to first get rid of those close with his love interests — take Benji and Peach in Beck's case. If the victim isn't Forty, they may very well be any of Love's friends (like her close pal Gabe) or Joe's other acquaintances (like his landlord) in Los Angeles.

We're rooting for Candace to finish her unfinished business with Joe, but given that he knows she's on his trail, he might just very well kill her (perhaps in a showdown in New York) to hide his tracks. This is assuming she's really not dead. Candace is more likely than not alive since it's clear that other people noticed her when she walked in Joe's bookstore at the end of season one. Still, there's a very slim possibility that Joe could've hallucinated Candace's face and did actually kill her way back when. Going off of that, the dead body that we see could also be Candace's from before Beck.

So here's another blast from the past theory: what if the body is Beck's? Joe grabs Beck at the end of season one before killing her and pinning the blame on Dr. Nicky. That said, we don't see him actually murder Beck in the cage. Since Joe is in LA in season two, this could be a flashback of him killing Beck (RIP). We can't see the body very well from the trailer, but it being Beck's would make sense since Joe's creepy book dungeon is in New York.

We see Joe behind bars in the trailer, so the murdered may finally get justice yet. Will Netflix give us that kind of peace of mind? We'll find out on Dec. 26 when season two drops!