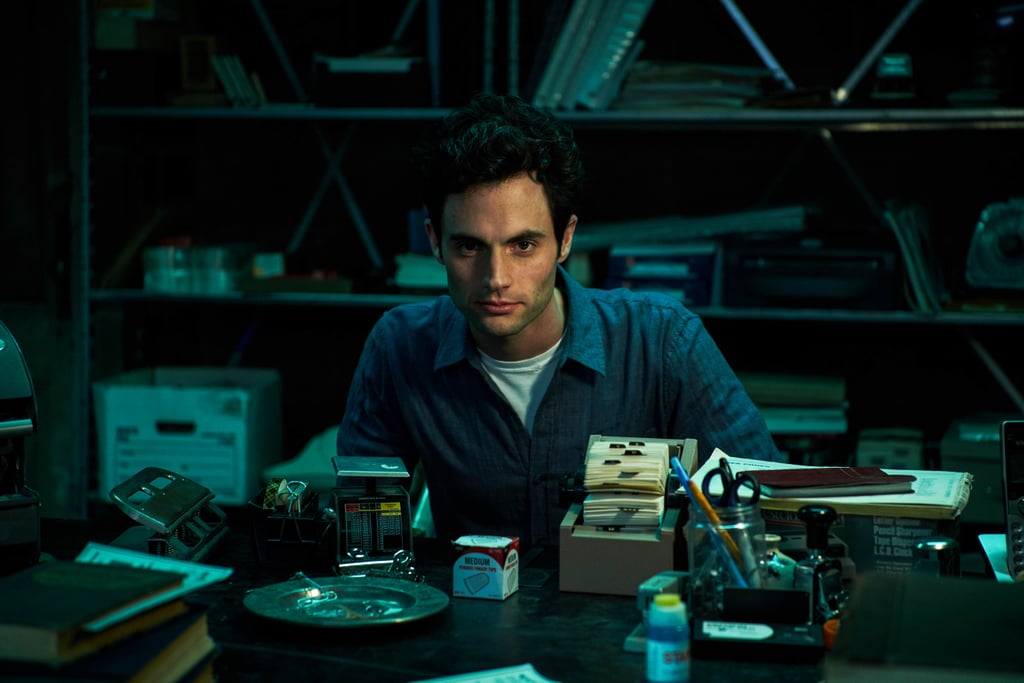 You: People Are Catching Feelings For Joe, and I'm Honestly Worried About 2019's Dating Culture

Warning: spoilers for Netflix's You ahead!

If you're like the rest of the Netflix-obsessed world, then by now you've probably watched every episode of You, changed the passcode to every piece of technology you own, and bought an extrathick set of blackout curtains for all the windows in your home. You may have even vowed to never set foot in a bookstore again! No? Just me? That's cool.

Regardless of whatever precautions you've taken since watching the thriller, there's no doubt that viewers have had a lot of feelings while watching — particularly about the series' leading man, Penn Badgley. And considering he plays a serial murder with a penchant for stalking women who look his way twice, it's surprising. Maybe for some fans, Badgley's cheekbones and smile can distract from Joe Goldberg's snobby, holier-than-thou attitude towards women he isn't attracted to, but he's a serial killer, y'all! I never want to yuck someone's yum, but we're not making googly eyes at men who keep our stolen dirty underwear in a keepsake box and — oh yeah — kill our best friends.

Badgley himself pointed out to several fans that his character really isn't the best choice for their next TV boyfriend. I mean, yeah, Joe's an attentive boyfriend who would definitely never miss your phone calls (unless he's preoccupied with burying a body, of course). That may seem attractive in the age of misleading f*ckboys and commit-a-phobes, but considering how Beck ends up, maybe getting a text message left on read isn't so bad in comparison. Then again, Badgley said he'll be using said fan attraction as motivation for season two on Netflix, so I guess there's a bright side?

While You originally aired on Lifetime in September, it was acquired by Netflix and hit the streaming site on Dec. 26 — which led to the spike in viewership and glorious reaction memes on social media. As more people tune in, they'll probably also have to face the ultimate dilemma between admiring Joe's sweet protectiveness over Paco and acknowledging his unrepentant murdering ways. It's safe to say from the tweets we've rounded up ahead that some folks couldn't help but choose the former.

Netflix
Netflix Bids Grand Army Goodbye After Just One Season, and We're Not Sure How to Feel
by Grayson Gilcrease 2 hours ago