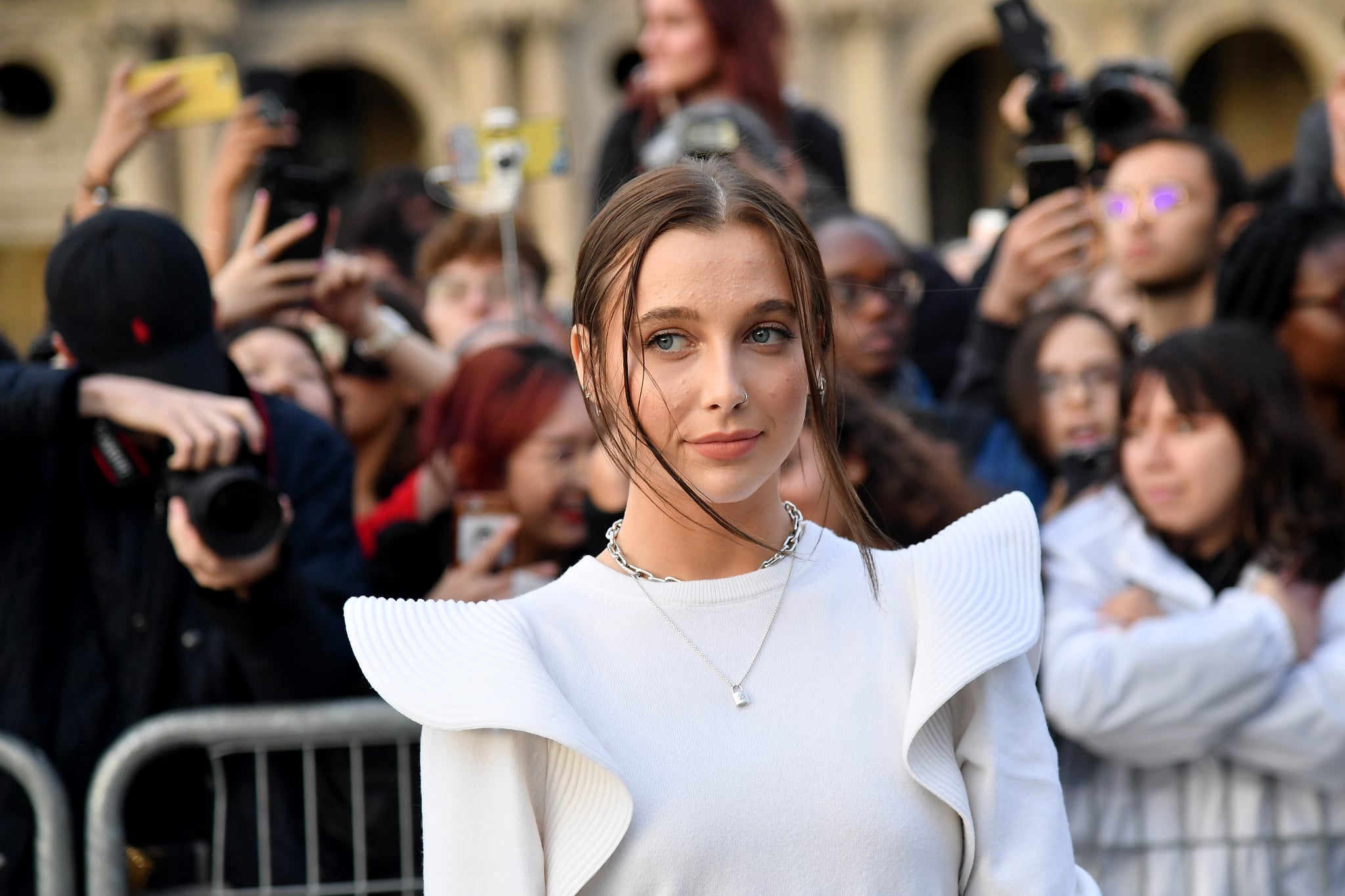 Emma Chamberlain used to be a name only recognized within the YouTube world, but now that she's landed a Cosmopolitan cover and a partnership with Louis Vuitton, her popularity has undoubtedly extended way beyond YouTube. Since starting her YouTube channel in 2017, Emma has racked up nearly 8.6 million subscribers, and she has even more followers now on Instagram. The 18-year-old is known for being candid about her daily life experiences, but she rarely talks about her love life, so it's hard to know who Emma Chamberlain is dating at the moment.

However, in her Cosmopolitan cover story, interviewer Dana Schwartz noted that there are certain rumors Emma can't deny, "like the one about a certain curly-haired boy she's dating," that are "can't-confirm-on-the-record-but-true." Translation: Emma is dating someone with curly hair, who may or may not be fellow social media star Aaron Hull.

Related:
When It Comes to the Coolest YouTubers, Emma Chamberlain Is the One to Know

Rumors started circulating about Emma's maybe-relationship with Aaron Hull in November 2019, when Emma posted a video called, "LEARNING HOW TO SKATEBOARD TO IMPRESS A BOY." She opened the video by saying, "I'm uncomfortable saying this. I feel like I'm telling my parents something about my life. I like this guy, OK?" Since TikTok celebrity Aaron is a skateboarder, fans were quick to point out the connection. Emma has often popped up in Aaron's TikTok videos, and sleuthing fans have also noticed that the two frequently post pictures from the same location, but neither has publicly confirmed nor denied a romantic relationship.

Before Aaron, Emma was rumored to be dating Vine star-turned-actor Ethan Dolan. Fans raised their eyebrows when Ethan posted an Instagram pic of him and Emma sharing a jet ski back in Summer 2018, and fellow YouTuber Tana Mongeau even gave them a celebrity nickname in January 2019, tweeting, "EMTHA!" seemingly out-of-the-blue. When asked by Marie Claire about her maybe-relationship with one-half of the Dolan twins, Emma stayed mum. "This one's hard for me because I'm very open," she said. "There's nothing anybody who watches my videos doesn't know about me, unless it's something genuinely sacred and private to me."

During a June 2019 interview with W Magazine, Emma made it clear that she doesn't want the ups and downs of her dating life to be made public. "I don't know if I would ever have a public relationship, ever," she said, noting that she found other people's relationships "boring and gross." Later, she added, "Breakups alone are absolutely the most f*cking awful thing that exist. Why would you want other people to be heartbroken with you? I can't imagine that." It's unlikely we'll ever know for sure that Aaron Hull is Emma's curled-haired boo, and that's exactly the way she seems to like it.