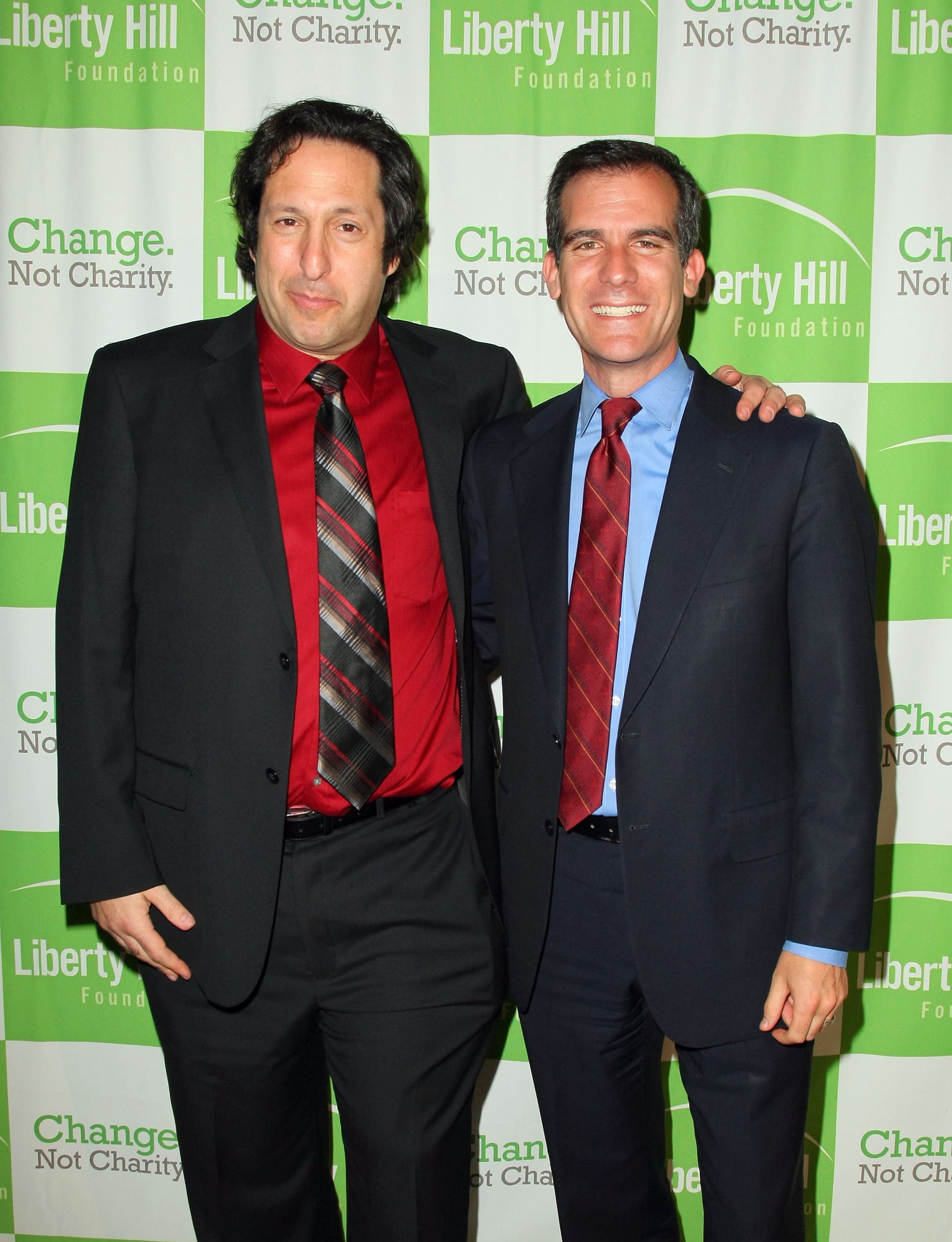 If you catch the credits of The Marvelous Mrs. Maisel's first episode in the third season, you'll notice a dedication to Gary Stewart. Who is Stewart, and why did they dedicate an episode to him? It's a tribute to a key member of the show's team who passed away earlier this year.

Stewart (pictured above, left) worked on the Maisel soundtrack, curating the show's signature sound packed with vintage tunes both familiar and obscure to help create that specific aesthetic the show is known for. Maisel wasn't his first collaboration with creator Amy Sherman-Palladino, either: he worked with her on her first hit show, Gilmore Girls, again curating a highly specific and creative soundtrack to match the quirky voices on screen. Sherman-Palladino and her husband, co-showrunner Daniel Palladino, paid tribute to Stewart in an April Deadline article:

"We are deeply saddened by the death of our friend Gary Stewart. His generosity and enthusiasms were infectious. He was a tireless warrior for social causes and fought injustice every day of his life. He was a magic genie with a trunk full of CDs and a love of music that was unparalleled. He produced our Gilmore soundtrack with as much energy and devotion as if it was The White Album, and will continue to be an influence on the sounds of The Marvelous Mrs. Maisel. He was the best of the best."

Stewart's passion for music curation and finding long-buried gems extended beyond his work on TV. He spent several years at Apple as an executive in charge of iTunes, specializing in catalog curation, before leaving the company permanently in 2018. One of his other passion projects was the website Trunkworthy, a now-defunct site dedicated to highlighting the hidden gems of the music, movie, and TV industries. His admirable passion for reviving underappreciated voices lives on in the soundtracks he created, Mrs. Maisel included.