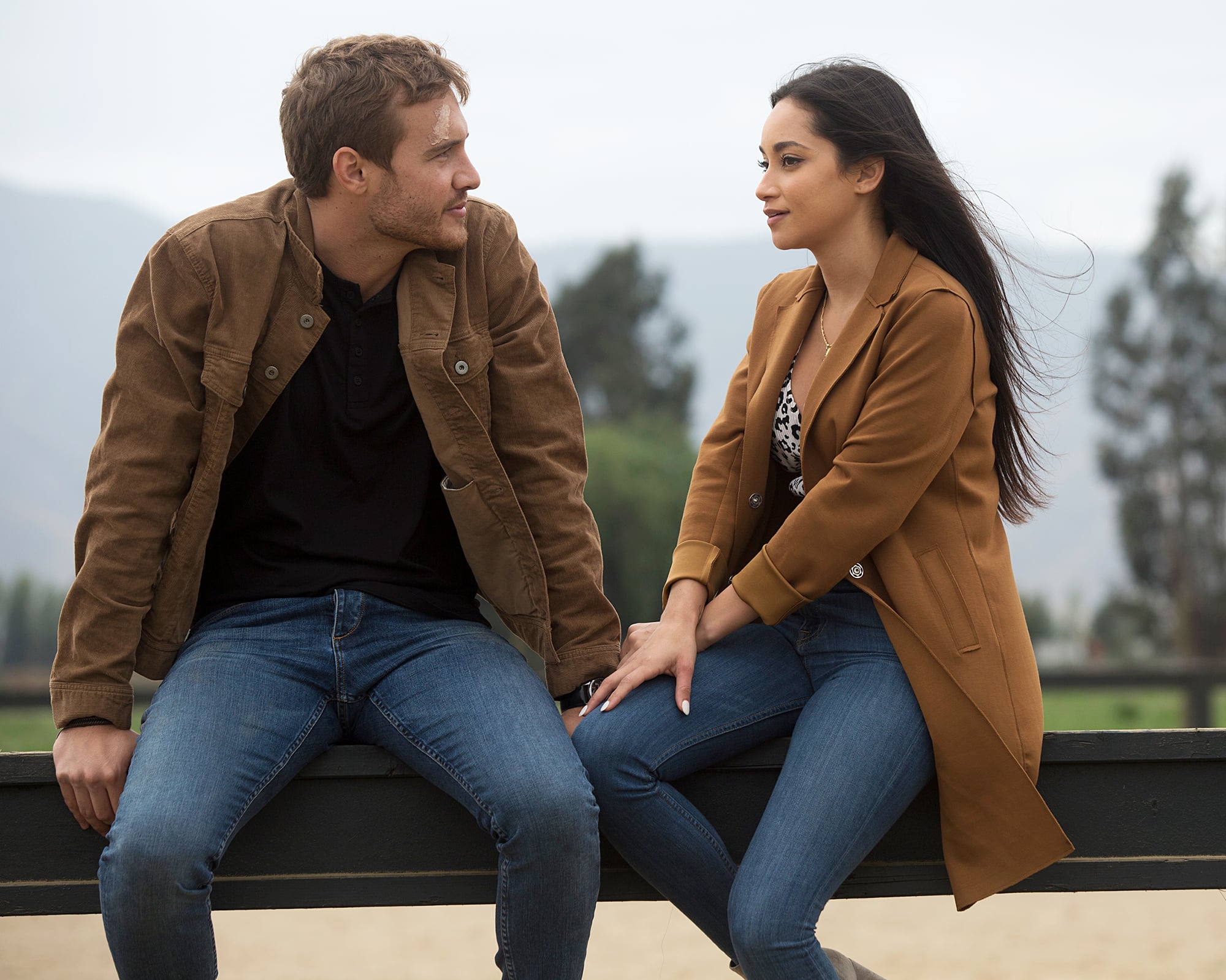 After months of speculation, The Bachelor finally revealed more about Victoria F.'s shady rumored past, and it came from an unexpected source. A woman identified only as "Merissa" approached Peter during a break on his and Victoria's hometown date, and she warned him to be very wary of Victoria and her lies. The kicker? Merissa isn't just a former friend of Victoria's — she's a long-ago ex of Peter's.

In an interview with Us Weekly, Merissa explained her motivations for going on the show and her history with Victoria. After briefly dating Peter back in 2012 (see the photo ahead), she and Victoria crossed paths through mutual friends and overlapping social circles, but it doesn't sound like they got along very well. According to Merissa, Victoria allegedly said she would slash her tire because Merissa was hanging out with one of her ex-boyfriends.

Upon learning more and more about Victoria's rumored reputation, Merissa wanted to find a way to alert Peter. "I know his family and I know what type of person he is . . . I felt like he probably would listen to me versus some random girl," she explained to Us.

The producers reportedly decided last minute that they didn't need her in the episode after all, but she showed up to just watch the date and persisted. "I ended up going, I signed paperwork just like everybody else. I wasn't mic'd up or anything . . . I noticed that Peter and Victoria were separated and so I was like, 'OK, well I guess if I'm going to do something, I need to do it now."

That's when she approached Peter, as shown on the episode, to give him info that shook his confidence big time: some of the details of Victoria's rumored past. The informality of the encounter may be one of the reasons why her face was blurred in the episode, because she hadn't signed off on being filmed before it happened.

Within moments of the episode airing, Merissa's Instagram was inundated with commenters, both positive and negative. She hasn't posted any formal statements, but she did share photos from a watch party of Monday's episode, dubbing herself #truthshark.

"It's definitely been crazy," she told Us of the whole experience. "I definitely lost friends because everybody hopped on the fame train, which is fine. They'll figure it out one way or another. But I never got, the only two hate mail messages were from two people from our hometown that quickly jumped to her side. But other than that, everyone's like, 'Thank you for doing that.'"

As for Peter's journey, Merissa's warnings seem to have fallen on deaf ears. Although he confronts Victoria about the accusations and even abandons their hometown date, the two reconcile by the end of the episode, and Victoria receives a rose through to the final three. Whatever happens next, Victoria has definitely cemented herself as one of the most controversial contestants in a while!