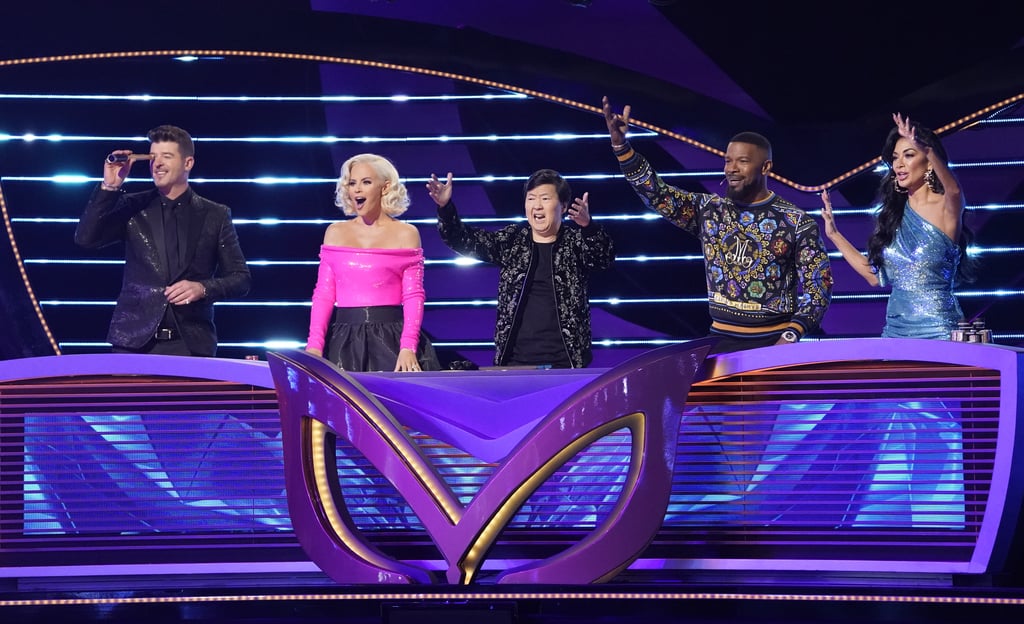 Who Is on The Masked Singer Season 3? Here's a Handy Guide to the Stars Under the Masks

The Masked Singer season three is in full swing! In addition to all the extravagant costumes, the clues are even crazier this season. We've now gotten acquainted with all of the groups, and fans have some solid theories about which stars are behind the masks. While Group A has appeared in nine Super Bowls overall, Group B could potentially include a former Bachelor star and Olympian. Group C includes one Guinness World Records holder, two Time most influential people honorees, two New York Times bestsellers, and has 36 gold records. A handful of characters have already been unmasked — including Lil Wayne, Drew Carey, and Jordyn Woods — but there are still a few more contestants left. Keep reading for our best guesses ahead.

TV
Ayo Edebiri Shuts Down Carmy-Sydney Ship on "The Bear": "I Don't Think So"
by Eden Arielle Gordon 12 hours ago