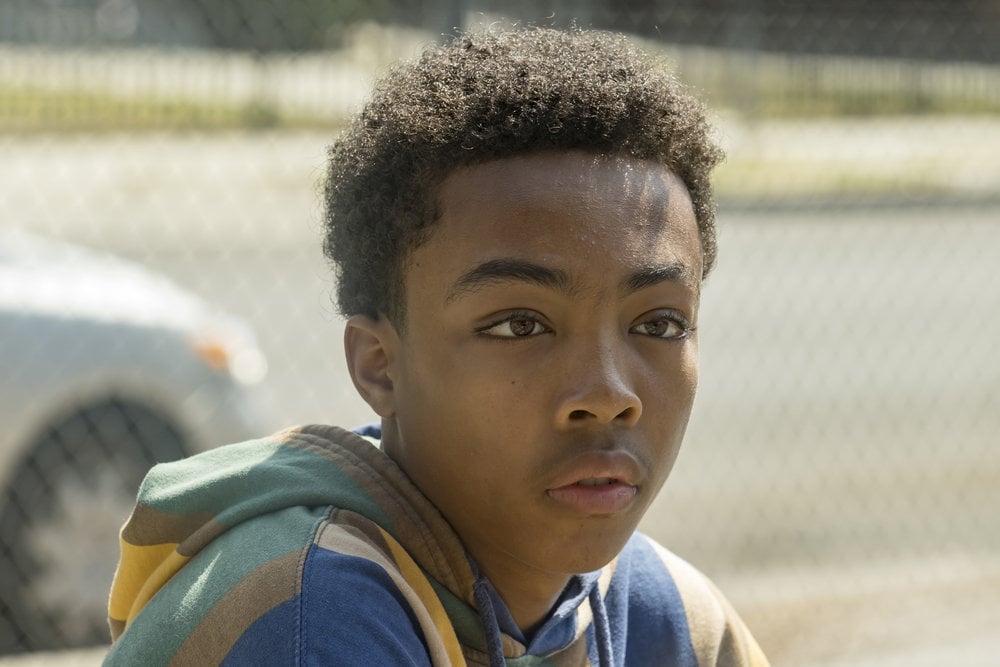 Asante Blackk on This Is Us

When the fourth season of This Is Us premiered on Sept. 24, fans were stuck trying to connect the new characters and figure out how they fit into the series we've grown to love so much. Among those new characters: high schooler Malik Hodges, a young father with supportive parents and Déjà's potential new love interest, played by actor Asante Blackk. Malik's compassionate parenting and soft spot for Déjà caught everyone's attention, but many people also recognized the actor for his outstanding work on When They See Us. Blackk's professional acting career took off this year, and it's showing no signs of slowing down.

At just 17 years old, Blackk was the youngest person nominated for an Emmy this year for his portrayal of Kevin Richardson on When They See Us. The miniseries, which was directed by Ava DuVernay, told the story of the five men (known as the Central Park Five) wrongfully convicted of assaulting and raping a jogger in Central Park in 1989, and their fight for freedom and exoneration. The Netflix miniseries was Blackk's first major role, but he's been acting since he was 6 years old.

Blackk was born and raised in Maryland, and by the looks of his Twitter, I'm happy to report he's a Los Angeles Lakers fan (obviously, this is very important). Blackk comes from a big family, and his parents are both clinical social workers and couples therapists, but acting is also in his blood. His aunt is Samira Wiley, the lovable Emmy-winning actress from Orange Is the New Black and The Handmaid's Tale.

He may be young, but Blackk has completely wowed us as an actor, and we can't wait to see how his role as Malik plays out on This Is Us.

Related:
All the New and Returning Cast Members For This Is Us Season 4
Previous Next Start Slideshow
This Is UsFall TVTVCelebrity Facts