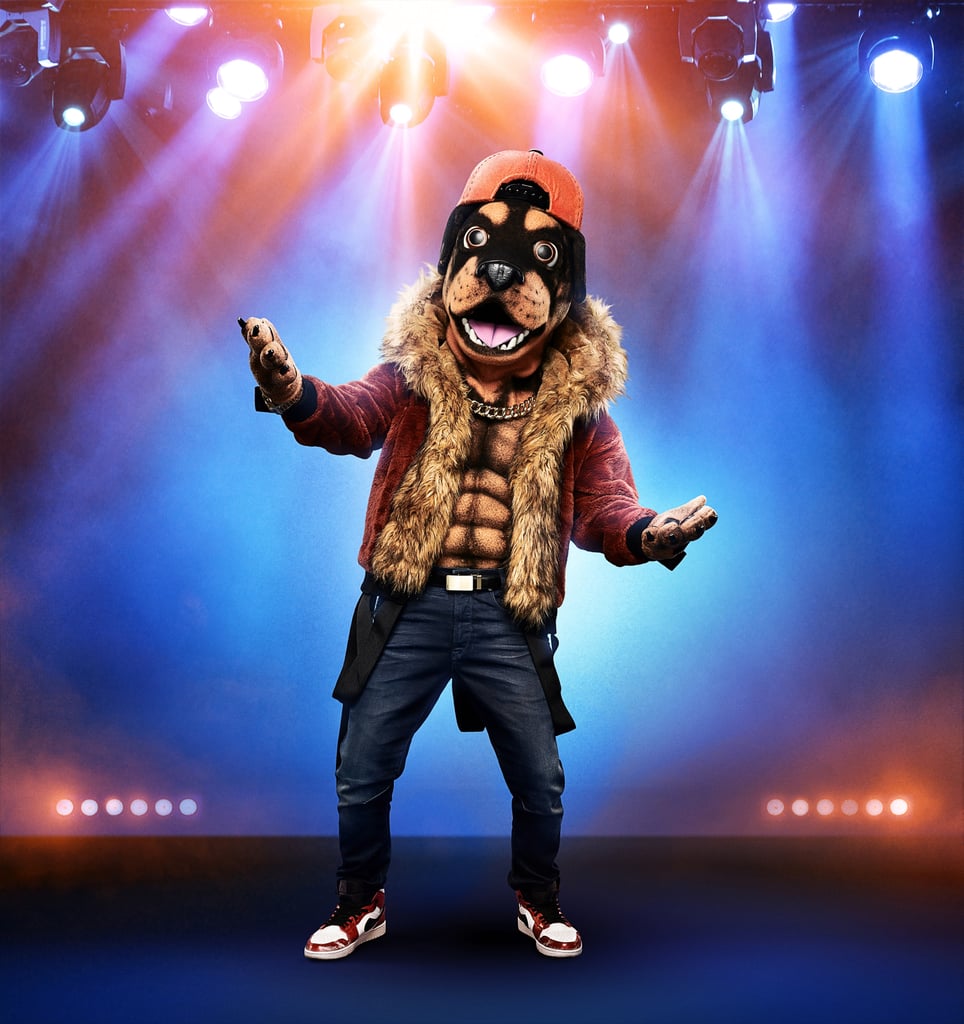 Let's Break Down the Biggest Clues About The Masked Singer's Frontrunner, the Rottweiler

The Masked Singer's second season not only offers us another batch of questions regarding which celebrities are under those elaborate costumes, but gave me my own personal collection of nightmares thanks to the abs on the contestant dressed like a Rottweiler. Since when do dogs have abs?! Why are they there?! Will I ever stop thinking about them?!

While the answers to those questions will likely remain a mystery for all eternity, there's one thing we'll hopefully all figure out soon: which extremely talented man is the voice of the Rottweiler? As soon as he opened his mouth to sing "Maneater" by Hall & Oates, the audience and judges were blown away by his voice. While he teases an athletic past, I have to imagine he's a performer of some kind given how good of a singer he is.

The judges guessed Russell Wilson, Brian Littrell, Nick Lachey, JC Chavez, and Bruno Mars, but let's break down the biggest clues to see if there's another likely candidate, ahead.