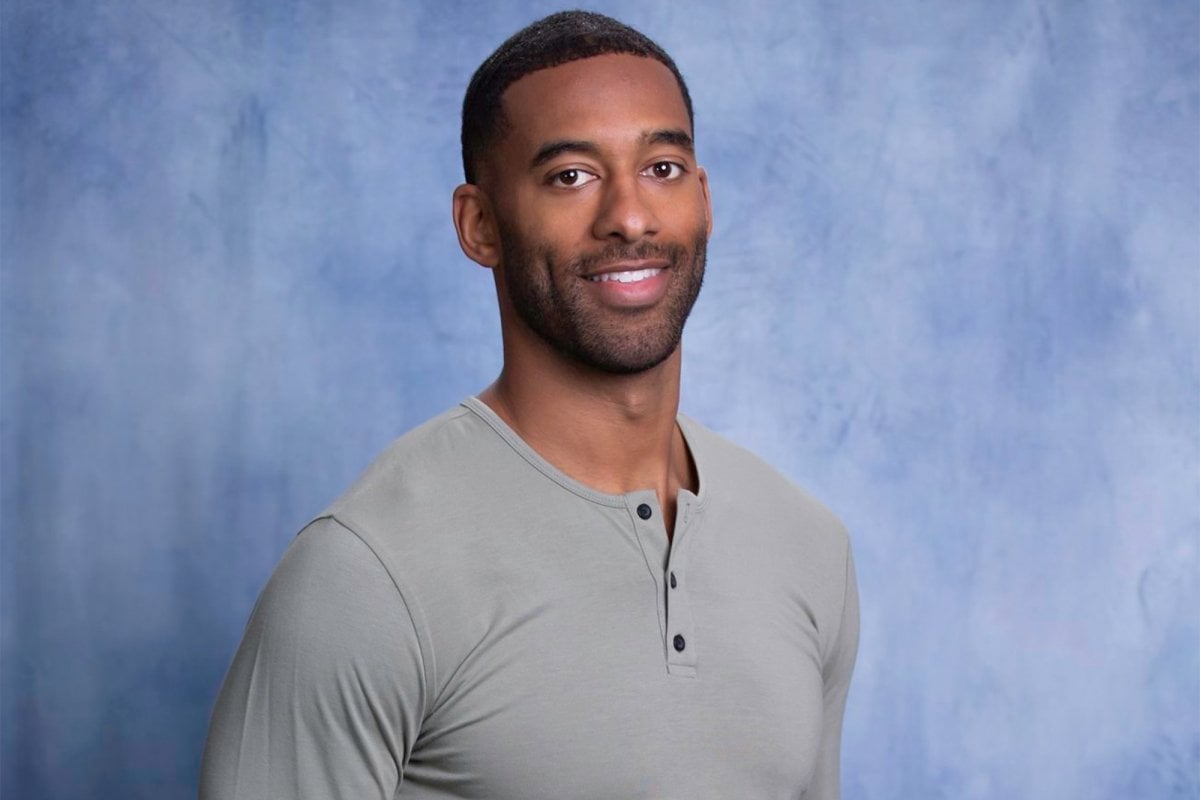 Although I've been an avid watcher of The Bachelor franchise for years, as a Black woman, I've never truly felt comfortable being a fan. The franchise has always had a history of making viewers and contestants of color feel out of place and undesired in Bachelor Nation. But finally, after years of viewers of color asking for change, and the recent diversity petition signed by more than 80,000 Bachelor fans and alum, ABC has announced its first Black lead of The Bachelor, Matt James (four years and six leads after the first Black Bachelorette, Rachel Lindsay). The very convenient timing of this announcement makes me wonder if the choice is genuine or just a way for the franchise to save face after being heavily critiqued during the current civil rights revolution.

Of the nearly 1,100 total contestants of The Bachelor and The Bachelorette, there have only been 51 Black women and 38 Black men. That's only eight percent in almost two decades.

Yes, this is a huge step for the franchise and a huge win for all viewers of color who have rightfully labeled the show a guilty pleasure — but it's not enough. I worry that James will be used to "meet the quota" for a minority lead. One Black Bachelorette and one Black Bachelor will not amend Bachelor Nation's outrage about the lack of diversity and representation throughout the cast for the last 18 years. In fact, I found that of the nearly 1,100 total contestants of The Bachelor and The Bachelorette, there have only been 51 Black women and 38 Black men. That's only eight percent in almost two decades. What we need to see is a conscious and continuous effort in representation in the franchise.

Another reason why I'm hesitant? The carelessness regarding the diversity problem became apparent after Lindsay's season as the first Black Bachelorette. Producers not only allowed a blatant racist on the season as a contestant for a Black woman, but the entire discussion on the issue during the "Men Tell All" seemed to spark no change. After the franchise saw some of the lowest ratings ever from Lindsay's season, producers then reverted back to the normalcy of focusing heavily on white Hannahs, Laurens, and Bens every season thereafter.

To me, this showed that at the time, money was more important than the racism and diversity issue at hand. Like many fans, my first reaction to the James announcement was: thank you for finally listening to your fans, but we still need more effort. The executive producers of the show later released a statement following the announcement of the new season 25 Bachelor that addressed these specific concerns.

"We acknowledge our responsibility for the lack of representation of people of color on our franchise and pledge to make significant changes to address this issue moving forward," they said in an Instagram post. "We are taking positive steps to expand diversity in our cast, in our staff, and most importantly, in the relationships that we show on television."

Perhaps the current climate centered around Black Lives Matter was a wake-up call, maybe the petition had an impact, or it could be because Lindsay threatened to leave the franchise if the diversity issue wasn't fixed (which would undoubtedly result in Black fans leaving with her). Whatever the real reason for the selection of James may be, I truly hope this has lit a fire to make a lasting change for representation where James won't be the last BIPOC lead, and future BIPOC cast members are treated and portrayed fairly.

So, what's the next step for the franchise to continue on this path? Women and men of color deserve airtime in circumstances other than drama, an edit that does not only portray them as villains or gossipers, a lead that will not immediately and clearly friendzone them (Peter . . .), and the opportunity to have their love stories unfold on-air like contestants in previous seasons. We need to see more than just gorgeous white contestants on our screens every Monday evening and deserve to have a reality show that actually reflects the world we live in. Give us the body, gender, and people diversity that we're presented with every single day. This is the chance for the franchise to explore the many avenues that they've neglected for so long.

I hope that James's season will slowly subside the weird guilt that I feel for watching the show. I no longer want to see the few minority cast members being used as tokens and I never want to witness racism from the cast again (Becca Kufrin's choice Garrett Yrigoyen and Lee Garrett from Lindsay's season for example). As James transitions from being Tyler Cameron's best friend to being the new Bachelor, I hope that the typical Black man fetishes, racist tweets, and problematic antics are sniffed out before selecting his group of women — and that these standards only remain and increasingly develop as the show continues.

Step one down, many more to go.