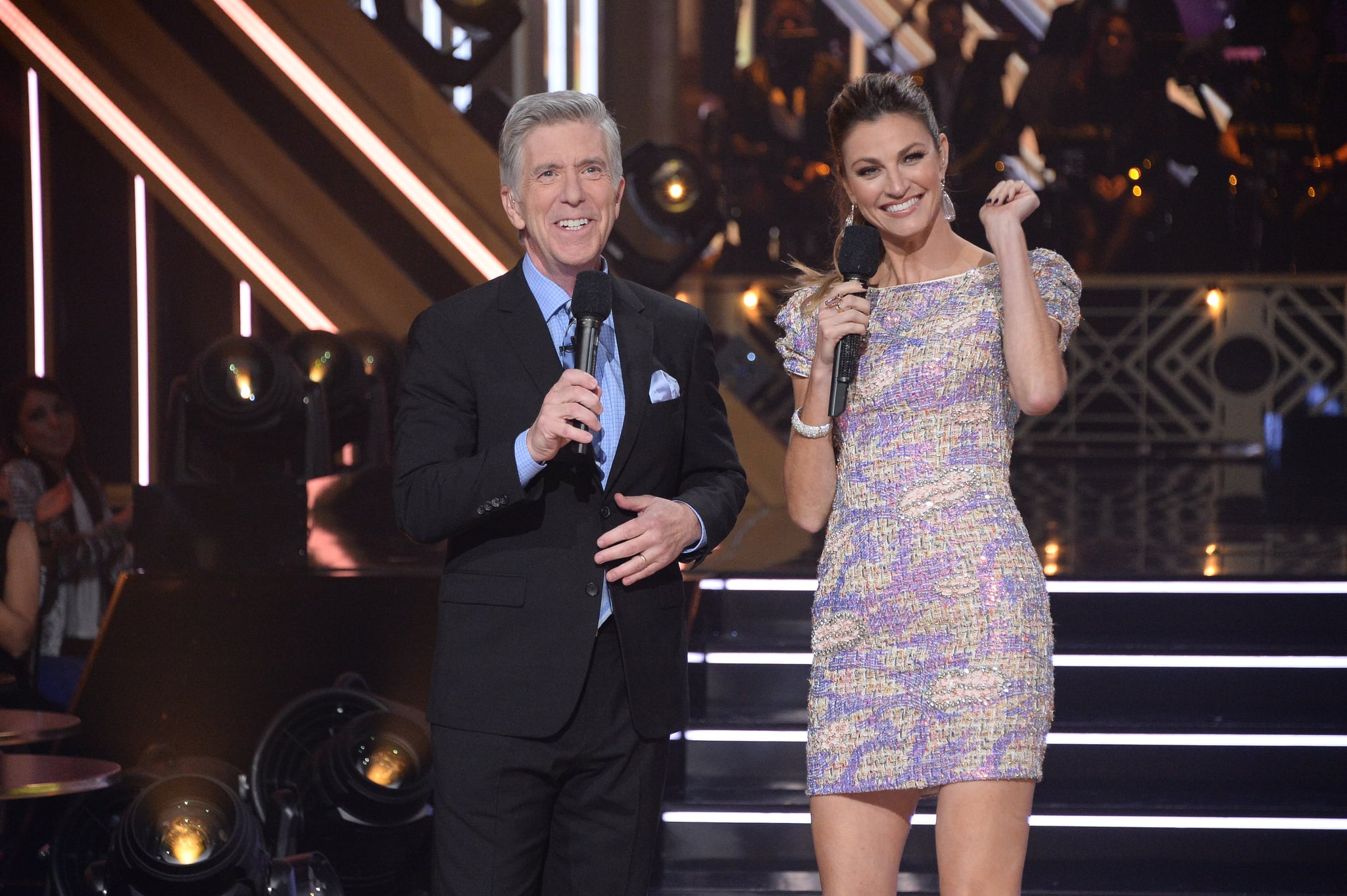 Dancing with the Stars is planning to be one of the first live shows to return to TV this fall, but it's going to look very different: hosts Tom Bergeron and Erin Andrews will not be returning. Why did they leave DWTS? We're still not entirely sure.

Judging by Bergeron's public reaction, the decision for him and Andrews to leave was not a mutual one. "Just informed @DancingABC will be continuing without me. It's been an incredible 15 year run and the most unexpected gift of my career. I'm grateful for that and for the lifelong friendships made. That said, now what am I supposed to do with all of these glitter masks?" he tweeted on Jul. 13. Andrews, meanwhile, tweeted a brief farewell statement that made no mention of the circumstances of her departure. "Thank you ABC and the entire Dancing with the Stars family for 6 memorable seasons. Those years wouldn't have been as special without my loving host Tom Bergeron, the talented dancers and witty judges. I will always cherish my days on the set, even if I wasn't the best at walking in heels."

In a statement to USA Today, ABC and production company BBC Studios called the firing of Bergeron and Andrews part of a "creative new direction" for the show. "Tom Bergeron will forever be part of the Dancing with the Stars family," the statement added. "He departs the show with our sincerest thanks and gratitude for his trademark wit and charm that helped make this show a success. Erin will also not be returning, and we appreciate all that she brought to the ballroom." Later that week, Tyra Banks was announced as the new host (she will also be taking on executive producer duties).

So, what was actually behind this hosting shake-up? We probably won't know for a while, if at all — the only people who would know aren't revealing anything right now. Bergeron has been the face of DWTS since the very beginning, even as he's had a couple of co-hosts over the years. However, he's had public disagreements with the production company, particularly over the controversial casting of former Trump aide Sean Spicer in the 2019 cycle. "My hope [was] that DWTS, in its return following an unprecedented year-long hiatus, would be a joyful respite from our exhausting political climate and free of inevitably divisive bookings from ANY party affiliations," he tweeted in Aug. 2019. "I left that lunch [with producers] convinced we were in agreement. Subsequently (and rather obviously), a decision was made to, as we often say in Hollywood, 'go in a different direction.'" It's not clear if Bergeron's clash with producers was part of a series of events leading to his firing, or if the two are unrelated, but either way, it will definitely be strange to tune in without him and Andrews when DWTS returns on Sept. 14!