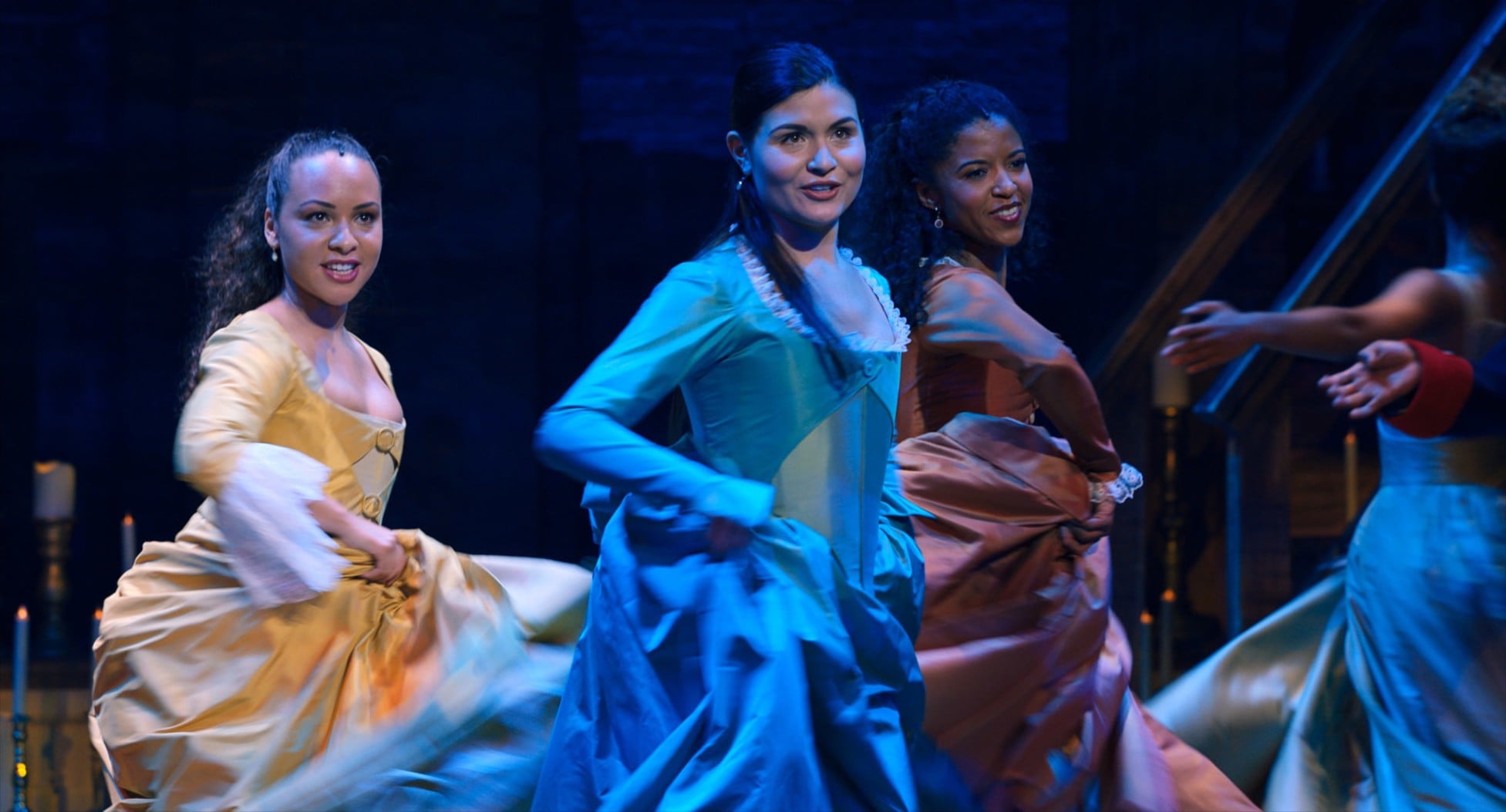 Now that Hamilton is a Golden Globe nominee, the obvious question is whether it's eligible for the Oscars! The filmed version of the Broadway phenomenon is, technically, a movie, but does it actually qualify for Hollywood's biggest award? As it turns out, Hamilton won't be adding any Oscars to its awards haul — the Academy has declared it ineligible.

There's no clear explanation about what disqualified Hamilton from the Oscars. In January, The Hollywood Reporter spoke with the Academy's Awards Rules Committee to clarify what would be the case with the filmed version of the stage musical. After all, there is precedent for similar projects at the Oscars: in 1965, for instance, a version of Othello starring Laurence Olivier and Maggie Smith was nominated, despite being, essentially, a filmed version of a stage production.

According to THR, the Academy made the decision to exclude Hamilton, citing a rule that says . . . the Academy can make any decision it wants. Specifically, it cited Rule Two, Section G of the 93rd Academy Awards Rules, which reads, in part: "The Awards Rules Committee will evaluate all matters of rules and eligibility." The nebulous wording essentially allowed the Rules Committee to exercise its own discretion for borderline eligibility cases like this.

The Oscars, however, seem to be alone in excluding Hamilton from the race. As we've seen, it was deemed eligible to compete in the musical/comedy movie categories at the Golden Globes, where it earned a nod for leading actor and creator Lin-Manuel Miranda, as well as a nomination for best picture in the musical/comedy category. Intriguingly, the Los Angeles Times reports, the Screen Actors Guild Awards have also decided that Hamilton is eligible to compete — but as a TV movie, not a theatrical one, meaning that it will compete alongside other "outstanding performances" — not distinguished between leading and supporting — in the TV world.

It's all part of a particularly messy season for the Oscars and for award shows in general, as any awards body that honors movies has had to grapple with a nearly year-long shutdown of movie theaters, obliterating the usual rules over required theatrical release windows.

Last spring, the Academy voted to make some rule changes to accommodate the fact that many studios switched over to streaming and on-demand releases rather than delay everything a whole year. As part of that vote, the Academy agreed to extend the eligibility window out to Feb. 28 and to lift the usual requirement that movies have a minimum run of one week in an in-person theater in the Los Angeles area. It's unclear whether or not these rules will continue past this unusual year, but given the increase in streaming movies, it's certainly possible that the Academy will need to continue revising! The future of filmed theatrical performances like Hamilton, however, remains to be determined on a case-by-case basis, at least until there's a solid rule change to make it clear.