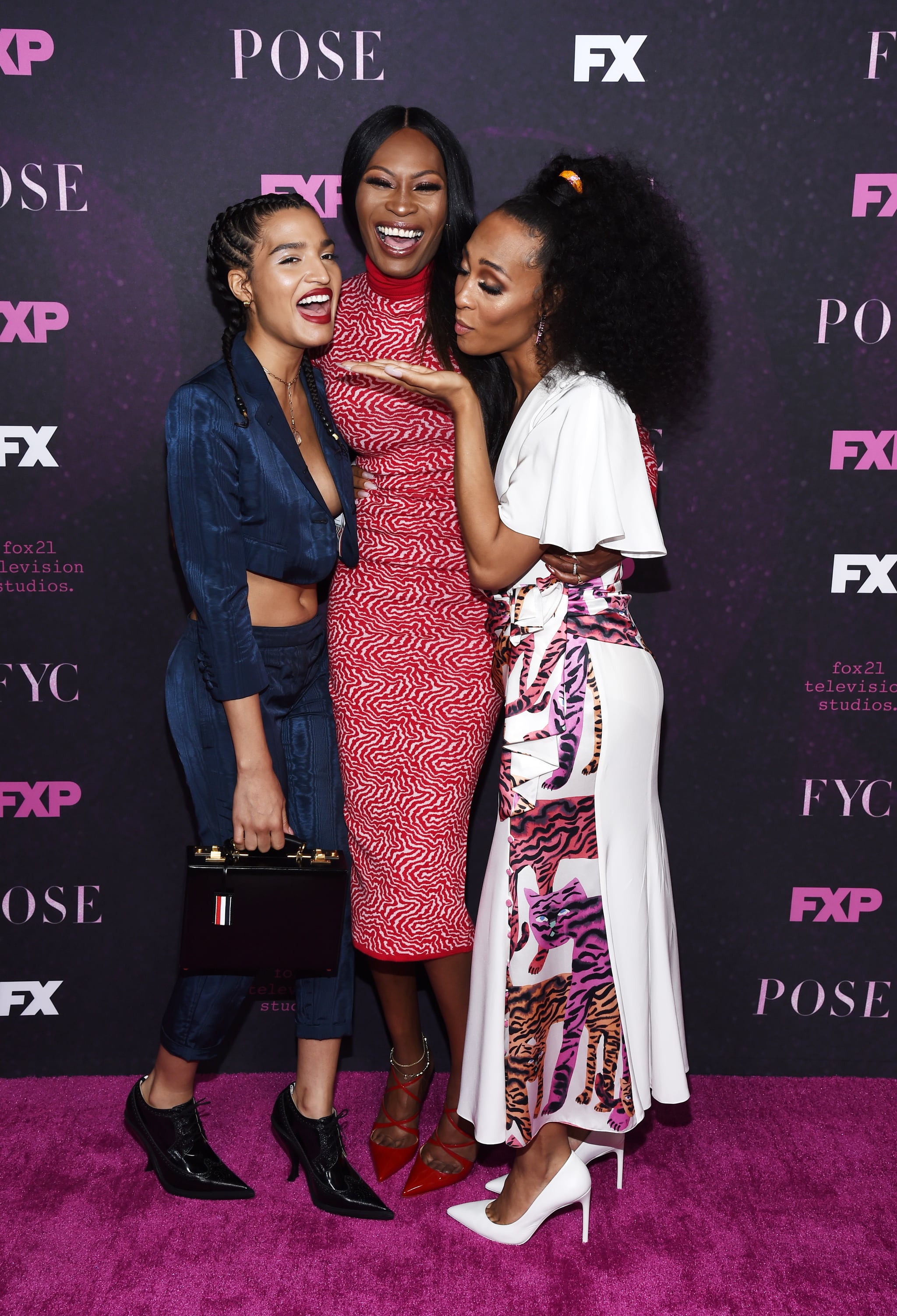 Another year, another chance to recognize Black and Latinx trans actors squandered. The 2020 Emmy nominations are out, and while I'm not surprised that Pose was snubbed once again, I am disappointed. FX's Ryan Murphy-produced series revolves around the underground ball culture world of 1980s NYC, and it's made history by featuring the largest cast of transgender actors in series regular roles ever. Pose is a show that celebrate the Black and Latinx trans experience, and award shows continually fail to celebrate the trans actors who bring that experience to life.

"Only 11 LGBTQ actors earned nominations in acting categories. Exactly zero of those 11 nominees are trans."

In 2019, Billy Porter even became the first openly gay Black man to win an Emmy for outstanding lead actor in a drama series for his role as Pray Tell, but so far, not a single other Pose cast member has received so much as an Emmy nomination. For 2020, Pose only received a single Emmy nod, and it was for Porter for outstanding lead actor in a drama series. Pose's trio of leading ladies — Mj Rodriguez, Indya Moore, and Dominique Jackson — were conspicuously absent for the second year in a row.

Several shows with predominately white, cisgender casts earned more than a dozen nods, including 18 nominations for Succession and 15 nominations for Schitt's Creek. It's also worth pointing out that Succession has three cis white men up for best supporting actor, while Big Little Lies has two white cis women up for best supporting actress. Yes, a record number of Black actors were nominated for Emmys this year — earning 35 of the 102 possible acting award nominations, as opposed to 2019, when Black actors made up less than 20 percent of the nominee pool — but only 11 LGBTQ actors earned nominations in acting categories. Exactly zero of those 11 nominees are trans.

Related:
Why Trans Women Feel Torn in the Wake of the Latest Pose Episode

The blatant omission of trans Pose actors from award nominations is frustrating. The real problem, however, is what the lack of nominations suggests. In 2014, Orange Is the New Black's Laverne Cox became the first-ever openly transgender person to be nominated for an Emmy in an acting category, and six years later, she is still the only transgender actor who can claim that. What's even more disheartening: no openly transgender person has even won an Emmy in any category. Let's not forget that the award system binary also excludes gender nonconforming actors, such as Pose's Indya Moore, who is nonbinary. Award shows aren't just failing to recognize talented actors — they're snubbing the whole non-cisgender community.

When American award shows fail to recognize the hard work of trans individuals, it only perpetuates the notion that trans lives aren't valued in America. Will recognizing non-cisgender TV stars change the fact that fatal violence disproportionately affects transgender BIPOC? No, probably not, but it's a step in the right direction. Hollywood, it's time to recognize the talent of Mj Rodriguez, Indya Moore, Dominique Jackson, Hailie Sahar, Angelica Ross, and all the other trans actors stealing the spotlight on the small screen. Their stories matter, and they matter.