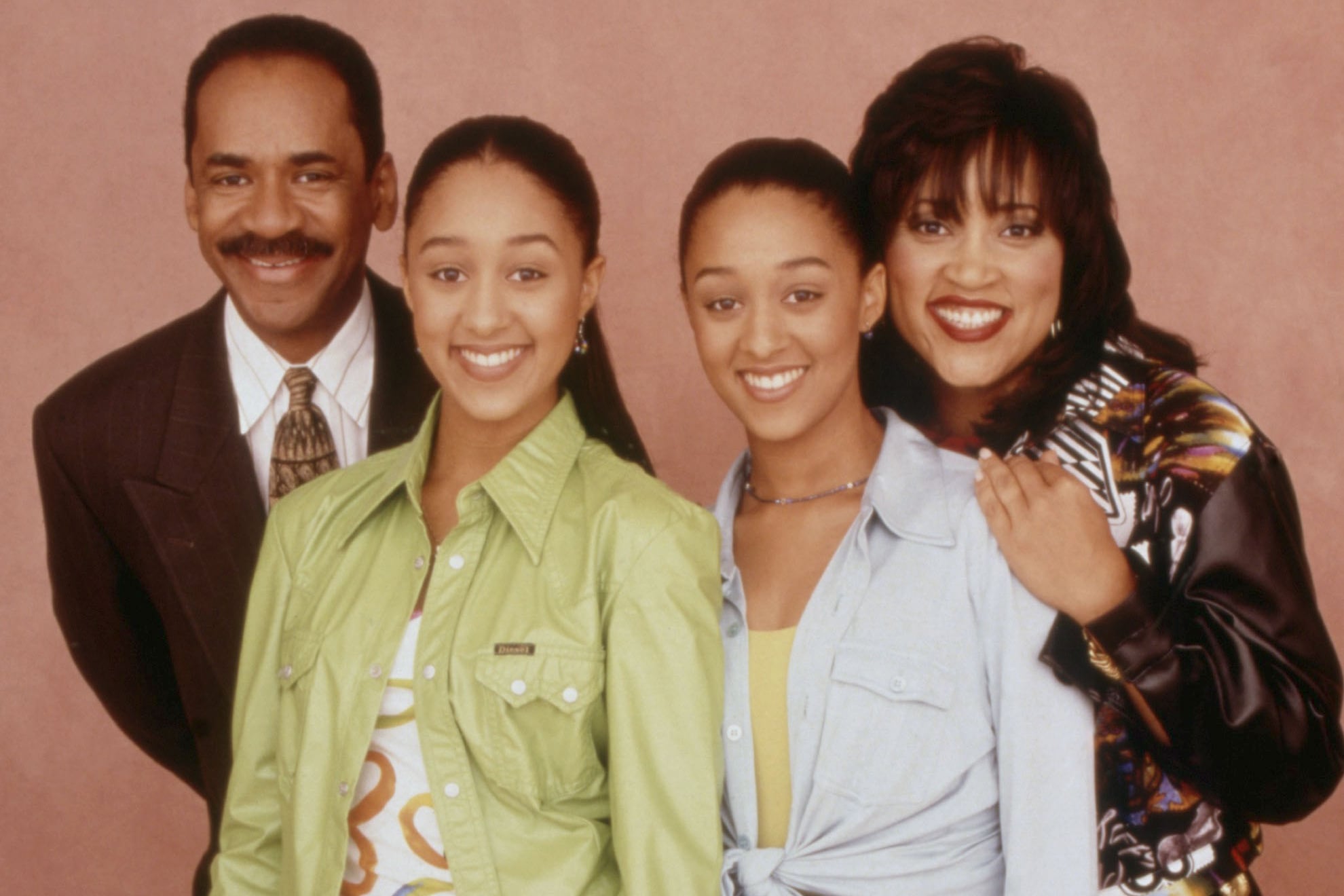 When I heard Sister, Sister was coming to Netflix, I screamed — literally. As dramatic as it may sound, the sudden, overwhelming feeling of nostalgia almost brought me to tears. My emotions took me back to a time when life was simple and I lived vicariously through TV characters like Tia Landry and Tamera Campbell. It reminded me of the days when we had an abundance of positive shows featuring Black leads that exhibited healthy family dynamics on TV. It also reminded me of a time when TV families and characters were so relatable, they felt like part of my own extended family.

Why was Sister, Sister so different from any other show on TV at the time?

As a Black girl coming from a working-class home, I looked to the quirky twins as representations of what I could be: a confident Black girl with a loving family to help me overcome everyday challenges and achieve my potential. Although other shows from the '90s like Full House, Saved by the Bell, and Boy Meets World were great, these shows typically only one or two Black characters. Sister, Sister changed that narrative, showing me what it looked like to be the star, not the supportive sidekick. Tia and Tamera (played by real-life twins Tia Mowry-Hardrict and Tamera Mowry-Housley) holding the spotlight in a renowned sitcom was significant — even symbolic — for a Black girl with big dreams like myself. Ultimately, they were characters I connected to, could relate with, and aspired to be like.

"Sister Sister embodied Black culture in the '90s, and seeing that on screen gave me a sense of pride."

The show also elucidated the idiosyncrasies of Black homes and culture in a way other shows at the time didn't. I could see myself in their sense of humor, family meals, fashion, music, holiday celebrations, and approaches to handling conflict. Sister Sister embodied Black culture in the '90s, and seeing that on screen gave me a sense of pride.

Also, as a young African American girl who grew up with a sister just under a year younger than me, it was a show that helped us bond. Like Tia and Tamera, we were also polar opposites, so we could resonate with their banter, mischief, and adventure. Maybe more importantly, the twins showed healthy ways to communicate, work through conflict, and respect one another's differences. Although the Landry-Campbell household wasn't your conventional family dynamic, they made it work, and in retrospect, that gave me hope. Sister, Sister made me understand family is what you make it and that my sometimes-dysfunctional family was normal, too.

As I continue binge-watching the classic sitcom, I think about how lucky I am to have a sister to navigate this chaotic world with. I also think about what a blessing it is to have been part of an era where they made such simple-yet-timeless TV magic. Over 20 years later, I am still overwhelmed with excitement when I see two sisters who made me feel seen on my TV screen. Because of Sister Sister, I have sacred childhood memories about what it means to be Black and included that hold space in my heart. The icing on the cake is that they're memories I can share with my sister forever.