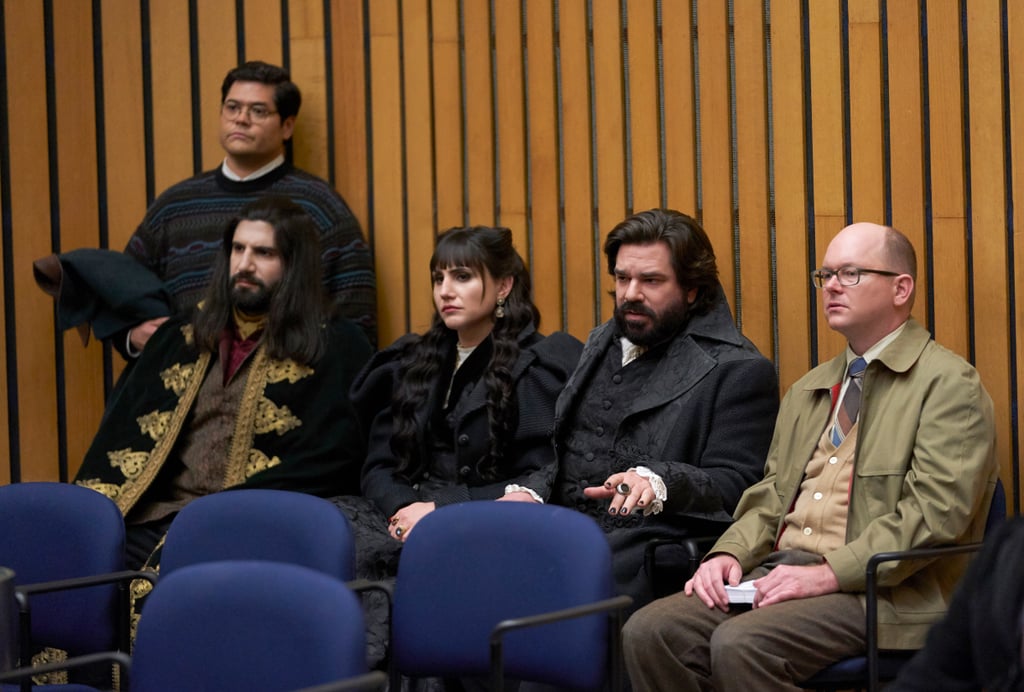 Based on Taika Waititi and Jemaine Clement's 2014 film of the same name, What We Do in the Shadows is one of the best mockumentary-style shows to have come out in recent years — with two seasons currently on Hulu and a third premiering on FX at some point in the future. Why watch Parks and Rec or The Office when you can watch a show about ancient vampires trying to live on Staten Island? The series follows Kayvan Novak, Matt Berry, Natasia Demetriou, Mark Proksch, and Harvey Guillén as four vampire roommates, three traditional and one energy, and their familiar as they interact with other supernatural beings in their area and try to cope with the ever-changing modern world. If the plot alone isn't enough to get you hooked, below are six reasons you should already be watching What We Do in the Shadows.

Related:
28 Horror TV Shows on Hulu That Will Make You Scream — Trust Us
Previous Next Start Slideshow
HalloweenTVHorrorWhat We Do In The Shadows