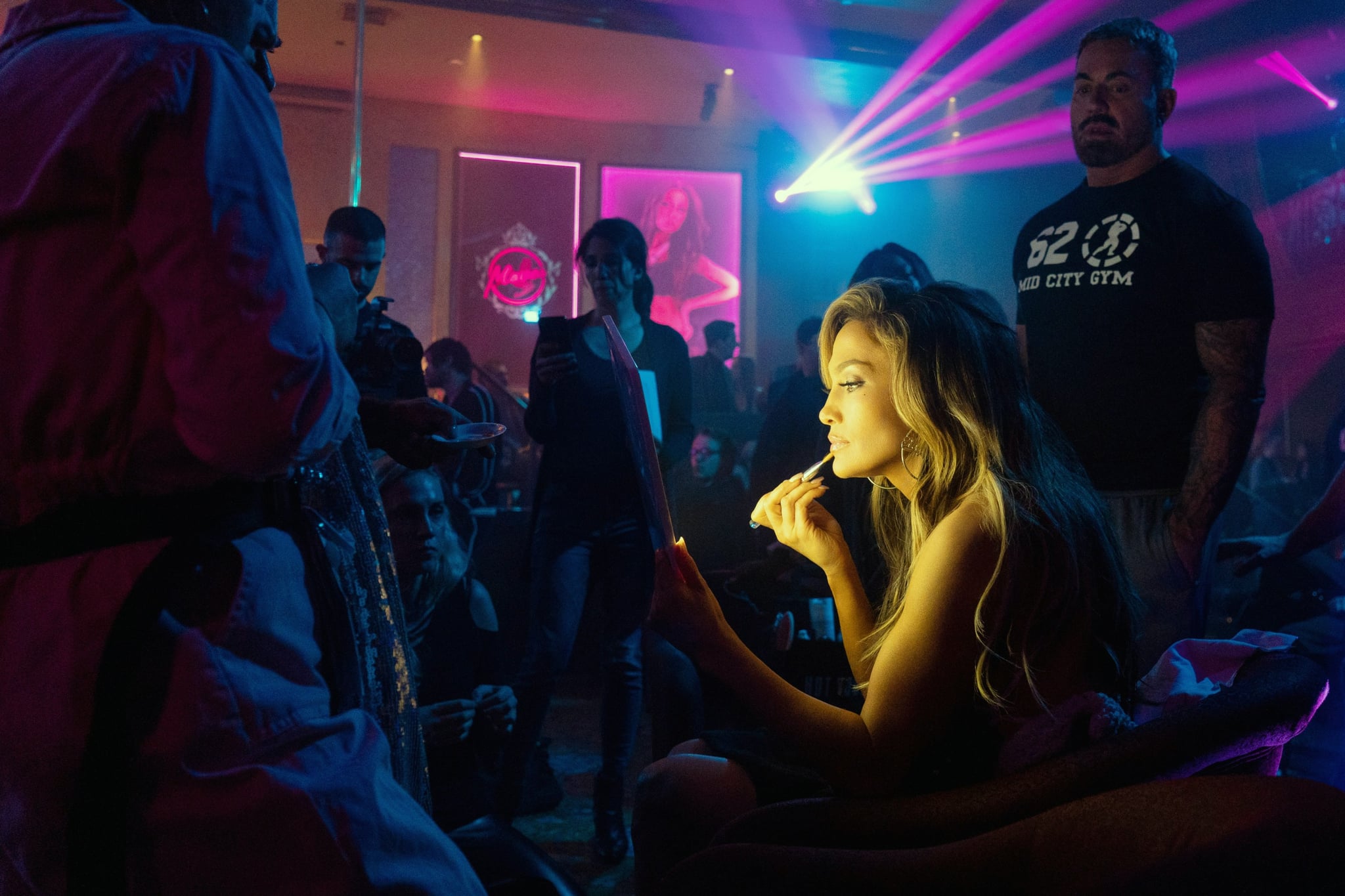 The reviews are in, and it looks like Hustlers is getting some major award season buzz, especially for star Jennifer Lopez. So will she actually be nominated for an Oscar? It's still too early to make solid predictions, since many of the year's biggest movies have yet to be released, but right now, Lopez is definitely a contender at the very least.

Based on the way the film's cast is billed — Lopez is billed second, behind costar Constance Wu — it's still a toss-up whether Lopez's Oscar campaign will push her towards the leading or supporting actress category. Both fields are crowded with other major turns, which could make Lopez something of a dark horse, since her film is decidedly less "Oscar-y" than some of her competition. If she chooses to compete in the leading category, she'll likely be up against award season vets like Saoirse Ronan (for Little Women), Renée Zellweger (for Judy), and Scarlett Johansson (for Marriage Story).

More likely, Lopez will head into the supporting actress race, where less traditionally awards-bait films and performances have traditionally done better. There, she'd compete against the likes of Laura Dern (Marriage Story) and Margot Robbie (Once Upon a Time in Hollywood). The supporting categories are more likely to welcome a flashier role like Lopez's, but the ultimate decision about which category she'll compete in rests largely in the hands of the studio, who will campaign for her in just one category.

If Hustlers manages to break into the best picture race, Lopez would technically share in that nomination as well. She's a coproducer on the film, since the production company she and Benny Medina founded (Nuyorican Productions) is a producer.

While Lopez might seem like an outside contender opposite some of the more established or prestigious actresses in the race, she does have something else on her side: Oscar voters love a comeback story! Lopez has largely been out of the acting game, outside of voice roles in animated kids' movies, for several years. Prior to that, her best reviews date all the way back to the late '90s for her dynamic performances in Selena and Out of Sight. She had a string of mid-tier (though beloved) romantic comedies in the 2000s and recently starred in NBC's Shades of Blue, but the critical reception she's gotten for Hustlers is overwhelming. (Yes, she's a Grammy nominee and an accomplished musician and mother, but we're talking about Oscar voters here.) If she doesn't secure an Academy Award nod, we'd be willing to bet that her role at the very least be recognized at the Golden Globes.

Tom Hanks
How Accurate Is "Elvis"? What's Real and What's Not
by Hannah Resnick 6 days ago