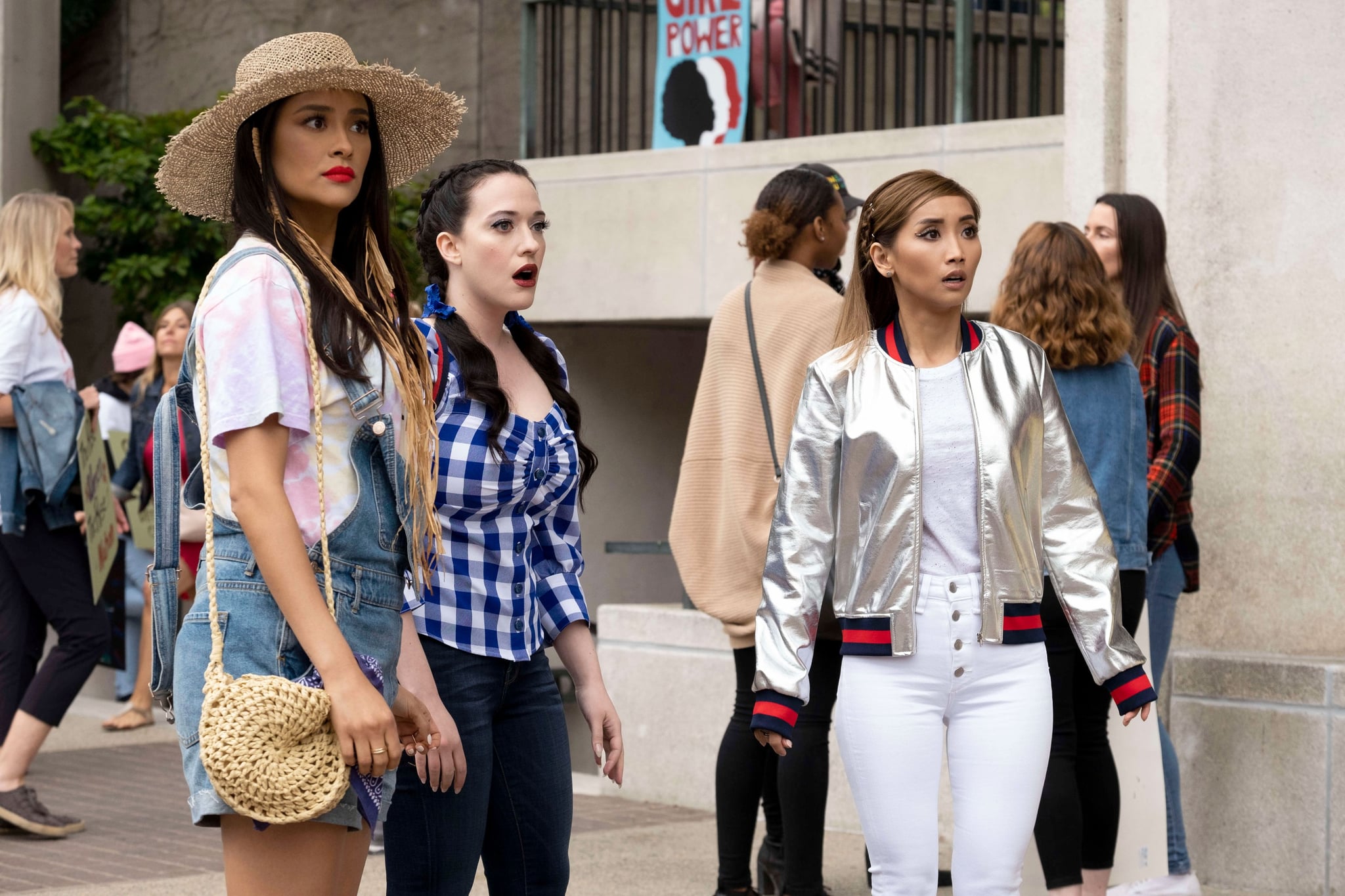 While a miss for some viewers, Hulu's Dollface, with its pink-filtered millennial fantasy premise, definitely has its charms. Its fun, poppy vibe comes easily, especially with leading ladies like Kat Dennings and Shay Mitchell. Now that the binge-able half-hour sitcom has made its merry way through queues, will we see a second season in the future? Here's why there's a chance we could — if we put aside the fact that we can't see the streaming numbers.

Let's first talk about the way season one wraps up, which is just open-ended enough for another season. Basically, Jules aggressively drags Colin for hurting Madison and her boss, storming out of her ex-boyfriend's sister's wedding with her three pals. The women hijack the wedding car and go on a wild journey of their own. Dollface doesn't end with a traditional happily-ever-after, but it does hint at a bright, messy future for its intrepid heroes. The show leaves a ton of questions unanswered: Will Jules see the cute vet again? Will she have a job after her outburst? How will the quartet fare when Stella goes to school on the East Coast? A second installation definitely has material to work with.

In terms of scheduling, Jordan Weiss, the show's creator, has expressed interest in continuing with the series. According to an interview with BUILD Series, Weiss is currently working on a feature script with Elizabeth Banks, but she hopes to write more future episodes for Dollface. A second season would also depend on the availability of the lead actresses, and a cursory glimpse on IMDb doesn't reveal any dealbreakers so far. Dennings, who might be *slightly* occupied with WandaVision on Disney+ at the moment, also appears to be happy about playing Jules. In an interview with TheWrap, she noted, "I feel like Jules is somebody I could handle for another however many seasons. At this juncture in my life, I don't know if I could do a show where I'm covered in blood and screaming and crying every episode."

If Dollface gets renewed, we can expect a good wait before Jules crosses paths with the Cat Lady once more. As with Castle Rock and The Handmaid's Tale, new seasons usually drop a year later in streaming service tradition. The earliest we'll see Dollface return to the small screen is likely November 2020, so say your prayers at brunch in the meantime!