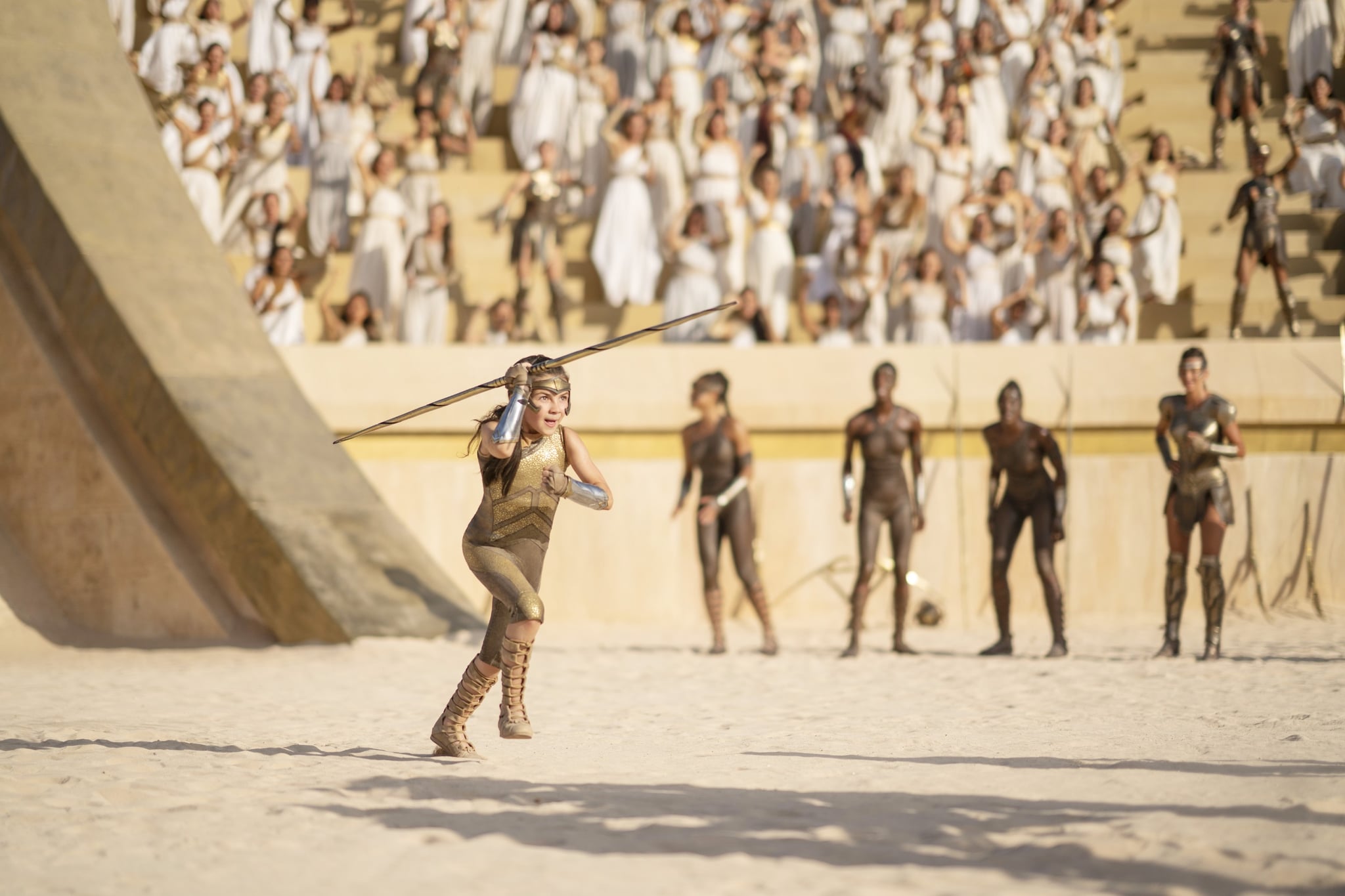 Themyscira, the mythical home of the Amazons in the Wonder Woman movies, is an island of superpowered, supertrained warrior women. Only women live there, which begs the question: how are babies born on the island? We know at least one child has been born there — Diana herself — but, in fact, her birth is what makes her so special and so unusual.

The short answer is that, before Diana was born, there simply were no children on Themyscira. The Amazons are immortal, adult women who survived a great war in ancient times that involved both gods and men. Despite their supernatural powers and incredible feats of ability, they are still, essentially, human women, and since they are an all-female society, procreation does not happen. As the first Wonder Woman movie reveals, they're aware of the biological processes of human reproduction: Diana casually mentions that one of the Amazons, a woman named Clio, wrote a 12-part treatise on sex and reproduction that concluded men are necessary for reproduction but not for pleasure. Since the Amazons are supposed to be immortal, there's no need for them to have children. Although they do not age, however, it turns out they are vulnerable to physical wounds from modern weapons.

Diana's arrival, then, makes her not just the daughter of Hippolyta but the "daughter" of the whole island, in a way. At first, Diana is told a very mythologized, magical version of her own creation. Hippolyta initially says she wanted to have a daughter so badly, she sculpted Diana from clay, then went to Zeus and pleaded with him to imbue the clay with the breath of life. Zeus agreed to Hippolyta's request and brought Diana to life. Or, at least, that's the story Hippolyta wants her to believe.

In reality, Diana later learns from Ares, she was born the "normal" way — although Hippolyta didn't lie that Zeus was involved in Diana's birth, she did lie about the circumstances. Diana is truly the daughter of Zeus and Hippolyta, making her a demigoddess and giving her godlike powers that are awakened during her final battle with Ares. It's what gives her the ability to be the "godkiller" weapon: her half-Amazon, half-god lineage. It's not quite clear who knows this about Diana; her mother, Hippolyta, and her aunt Antiope do, of course, but otherwise it's never confirmed.

The opening scene of Wonder Woman 1984 highlights just how alone Diana is as the only child on Themyscira — not that any of that stops her from trying to compete alongside the strongest and most capable adult Amazons! You can catch a sneak peek of young Diana in the scene below ahead of the movie's Dec. 25 release.

Movies
Zawe Ashton on Bringing Her "Quirky" Love Story to Life in "Mr. Malcolm's List"
by Victoria Edel 1 hour ago