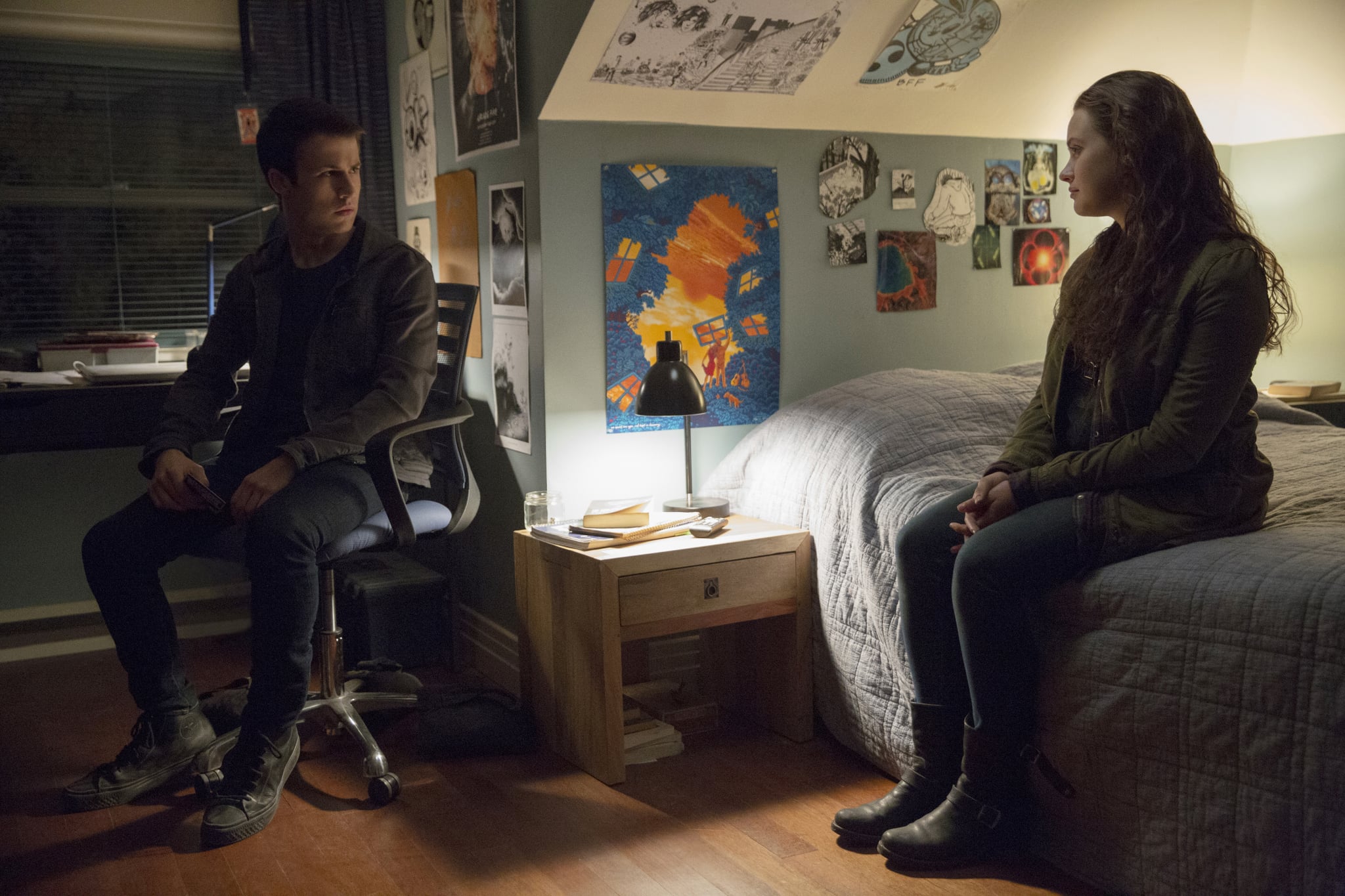 After the first season of Netflix's 13 Reasons Why unflinchingly approached suicide, sexual assault, and bullying, we knew that season two likely wouldn't be far off when it came to heavy topics, despite knowing that it wouldn't feature a suicide storyline again. But because the show is largely still about the aftermath of Hannah Baker's suicide, her decision to take her life is still frequently referenced in the second installment of the series, on top of a ton of other difficult scenarios that the characters face through the 13 new episodes.

Even if your teen watched the first season of 13RW (here's a handy guide of things to know beforehand if they haven't watched it but want to), there are so many new — honestly, kind of scary — elements to season two that you should definitely know about before your child jumps into binging it on Netflix.

Warning: MAJOR spoilers for 13 Reasons Why season two ahead.

Related:
13 Reasons Why Season 2 Is Now on Netflix — Here's How Old Your Kid Should Be to Watch

1. References to Hannah's suicide and Alex's attempt are frequent.

With the Bakers' court case against the school moving forward this season, Hannah's death and the events that led to it are mentioned constantly. As Alex continues to recover from his attempt at taking his life by shooting himself in the head at the end of season one, he tries to jog his missing memory to figure out what led him to make the decision to end his life. Additionally, Clay gets a gun at one point and puts it to his head, threatening to kill himself in front of Bryce — but he doesn't go through with it. (One thing the show does right this season in regard to suicide, however, is show a trigger warning before the first episode, as well as help resources after each episode.)

2. Speaking of guns, there are a lot of them in this season.

At the end of season one, we learn that Tyler has been stockpiling guns in his bedroom, and in this season we see two of his shotguns come out of hiding while he's in the woods with his new friend Cyrus. He also shoots an animal in the woods on purpose and encourages Clay to shoot a gun with him, telling him to envision his target (implying that he picture someone he doesn't like). Monty also manages to get his hands on a gun at one point, which he leaves in Alex's locker, and Alex points it at him. Then in the final episode, Tyler goes forth with a decision to shoot up Liberty High during the Spring Fling dance. He's stopped by Clay, who takes the gun from him, but his intent before this is clear. With the current gun climate in the US, this is all particularly tough to watch.

In a flashback from before Hannah's death, Hannah, Clay, Jeff, and a few other teens are shown taking Molly at a party. Bryce is seen injecting Monty with steroids, and it's implied that their coach knows several of them are using substance, but he doesn't discourage them. Also, Justin is back in the present day after Clay and Tony find him homeless and high off heroin. Justin is pictured using heroin more than once and even overdoses, but his life is saved by another character just in time.

4. The main theme of the season is serial sexual assault.

Season two rips open Bryce's past and present, really highlighting how many girls he's raped and assaulted (seriously, so many), including his current girlfriend, Chloe. Clay receives Polaroid photos from an anonymous character throughout the season featuring Bryce naked and on top of girls who are passed out or intoxicated and clearly unable to give their consent to him. Jessica continues to deal with the aftermath of her rape, so the subject is brought up frequently by her and her friends, and Clay is still hell-bent on exposing Bryce's ways, so he, too, references the subject often.

5. There are a lot of other references to sex.

Many characters discuss having sex with each other and are seen in the act (there's minor nudity in these scenes); Alex signs onto a live webcam site and the woman he's speaking to shows her breasts; and Skye, who is dating Clay at the beginning of the season, inappropriately grabs him under the dinner table with his parents sitting right there. In another scene, Tyler is on a date, and after kissing the girl he visibly finishes in his pants, which is unfortunately spread around to quite a few of his classmates.

6. Bullying at Liberty High hasn't let up at all.

Verbal, cyber, and physical bullying is still very much a theme. There are flashbacks to Hannah bullying a girl at her old school for the sake of conforming — something that Marcus also does throughout the second season. Jessica is slut-shamed; Alex is bullied for his lasting injuries after his suicide attempt; and multiple characters are beat up pretty severely, including Clay (in one scene, multiple boys are shown brutally beating each other up). In general, all of these kids are incredibly cruel to each other.

In one of the most graphic scenes of the series, Tyler is physically assaulted in a school bathroom. He's sodomized with the end of a mop and left bleeding in the bathroom. Then, once he's back at home, he's shown bleeding again in his own bathroom (this attack is the immediate trigger for his deciding to bring a gun to the Spring Fling dance).

In the first few episodes, Clay is dating Skye, who struggles with self-harm. During a scene when they're about to have sex, Clay discovers cuts on Skye under the blanket and confronts her. She's later hospitalized by her mom after hurting herself and sent to a facility to recover.

While Skye is away, she's diagnosed as being bipolar. Hannah's mom, Olivia, also opens up about her family's struggles with anxiety and says that Hannah could have been affected by that (and to be honest, there are plenty of other characters in the series who likely suffer from anxiety, though it's not officially mentioned). Additionally, throughout the season, Clay has hallucinations in which Hannah appears in front of him and talks to him (see above photo). He talks to her multiple times in public, and it's worrying that no one confronts him about it. In season one, Clay's mom mentions his returning to his medication, duloxetine, a drug for anxiety and/or depression, but we're never clued into exactly what Clay's diagnosis may be.

It's clear that Clay still struggles immensely with Hannah's choice to take her own life and is quite literally haunted by it in the form of her ghost appearing to him. At one point, however, he calls her decision "evil," which isn't fair, as Hannah was suffering from a variety of factors. On the other end of the spectrum, though, Clay gets mad at Liberty High's principal for banning talk of suicide at the school. He accuses him of being clueless about the topic, when really, he just wants to help his students move on and not feel as though they can live on and teach valuable lessons after death like Hannah has.

If after watching and discussing the series your teen appears to be in crisis, visit 13reasonswhy.info or call the National Suicide Prevention Hotline for help and resources.