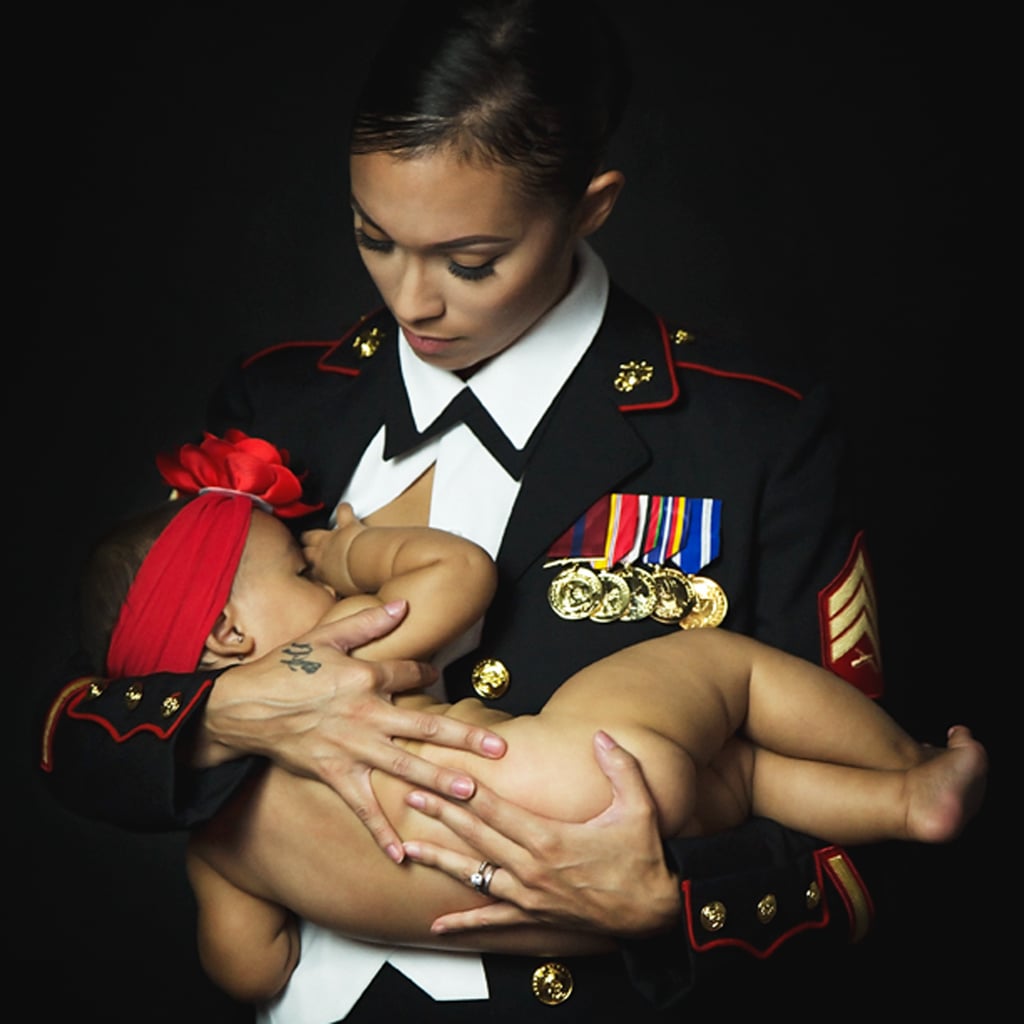 In Honor of 9/11, This Photographer Shared a Touching Photo of a Breastfeeding Marine

Working moms, we salute you.

And photographer Tara Ruby does it quite literally as part of a portrait series in which she documents women in uniform nursing their children. The inspiration for the collection came after she shot a now-viral image of 10 active-duty military moms breastfeeding their infant babies.

Since that fateful shot, she's expanded her reach outside of the armed forces — but has found her subjects no less awe-inspiring. From a firefighter in head-to-toe tactical gear to a teacher in a blazer to a nurse in hospital scrubs, she hopes to document the mother who has to, day in and day out, put on a uniform, leave her family to go to work, and then come home to breastfeed her baby before bed. In fact, her message — thanks to the powerful inclusion of a Las Vegas showgirl — is that when it comes to that daily grind, every mom is a hero for doing it.

Her latest image, however, returns to her series' roots: in honor of the fifteenth anniversary of the 9/11 attacks, she released what might be the first documented image of a US Marine breastfeeding her infant in uniform.

Read on to find out more about the women Ruby has included in her series so far.