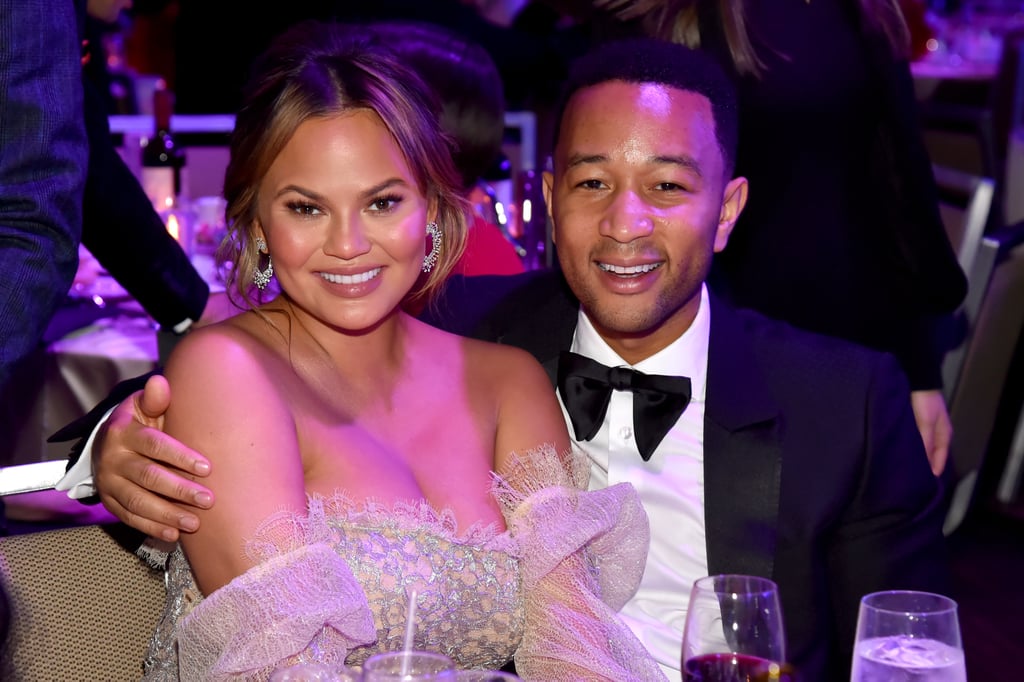 Chrissy Teigen and John Legend Got Matching Tattoos to Honor Their Kids, and I'm Swooning

Chrissy Teigen and John Legend aren't just regular parents — they're *cool* parents. Case in point: the couple just got matching arm tattoos that honor their kids, and yep, we're swooning just as hard as you likely are. Chrissy took to Instagram to share a black-and-white photo of their delicate tattoos on Thursday. John's spells out "Chrissy Luna Miles" in continuous cursive script, while Chrissy's reads "John Luna Miles" in the same minimalist font. (Although Peanut Butter the family hamster was left out of the fun, it's still pretty darn adorable.) The 33-year-old mother of two also got a tiny heart-shaped design on her index finger. Both tattoos were executed by celebrity tattoo artist Daniel Winter, the same guy who recently inked Lady Gaga's back.

Of course, in true Chrissy fashion, she revealed the news of her and John's tattoos with a funny social media caption. "Hey guys please don't talk to us unless u have tattoos we are a cool tattoo family now and we only want to talk to other tattoo families (srry if this seems harsh)," she wrote. Hah, we just love her! Keep reading to get an up-close look at their subtle yet oh-so-sweet tattoos, and you just might feel inspired to get something similar with your spouse or of your child's name.

Beauty Trends
Have a Tattoo You Don't Like? Here's What You Should Know About Getting It Removed
by Danielle Jackson 6 days ago