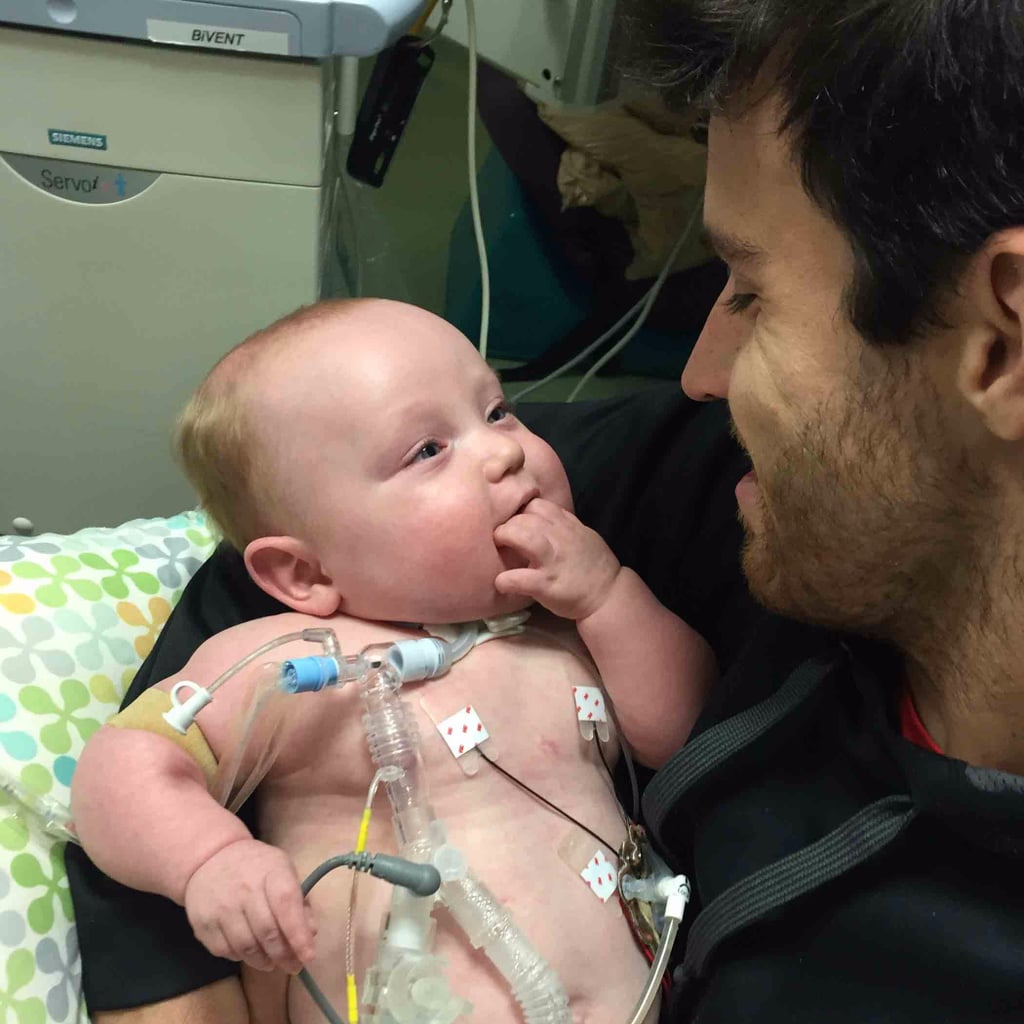 When Katie and Josh Butler realized that they were pregnant, things couldn't have seemed any sweeter. The pair were so excited that they didn't even want to learn the sex of their bundle of joy, but unfortunately their giddiness waned after receiving some terrifying news at Katie's 20-week checkup.

"At the 20-week ultrasound, our biggest worry was that the sonographer would accidentally reveal the sex, but instead we learned that our baby had strong markers for a genetic disorder, the name of which we only found out after he was born: unbalanced translocation of chromosomes six and 10," she told POPSUGAR. "After the 20-week mark, our pregnancy was significantly less joyful."

Related:
How to Survive the NICU

After getting the devastating news, Katie was induced at 39 weeks and delivered a baby boy, who they named Dewey. Although the road to recovery was certainly long, the Butlers fought to remain optimistic through all of Dewey's medical complications and surgeries.

"I fully believed Dewey was going to get better," Katie explained. "I believed we would get to take him home. I believed he would be healed." Unfortunately, tragedy struck when little Dewey had to undergo yet another surgery.

"While he was in surgery, Dewey's heart jumped into a strange rhythm that was completely unexpected by his medical team. We were told that Dewey, once he made it out of the operation room, would be moved out of the NICU to the cardiac floor where his heart could be monitored closely by the cardiologists. Doctors walked in to tell us, 'He didn't make it.' I didn't process it right away, because Dewey had almost died so many times. Josh understood right away and dropped to his knees, and I responded more to him than to the news. I chose not to believe it, even after they rolled his little body in on his hospital bed — I was just hoping that Dewey was sleeping."

Two months later, while struggling with the grief of her loss, Katie received a message that piqued her interest from a NICU nurse. "I received a text message that [there was] a baby in the PICU that needed a family. So I got in touch with this baby's social worker the next day, and she filled me in on a few details: male, very premature, trach, vent-dependent, around a year old. I told Josh that we were going to foster a baby, he 100 percent agreed, and we scheduled to meet the medical team and this baby on that Monday."

The Butlers officially brought baby Braxel home on Feb. 9, 2015, and despite him having serious developmental delays and breathing issues, life for the family has been good.

"Braxel is full of joy. We believe he knows that every day is a gift. He is so forgiving, and he's so quick to make friends. He wakes up every morning and from every nap ready to go play! He is severely developmentally delayed in gross and fine motor skills, and in speech, but we have five therapy appointments a week, plus a home health nurse to get him caught up. It looks like he might be decannulated next year, which means no more trach! And then the doctors will remove his feeding tube! I fully believe that in the next few years he will be a typical little boy!"

by Samantha Brodsky 39 minutes ago