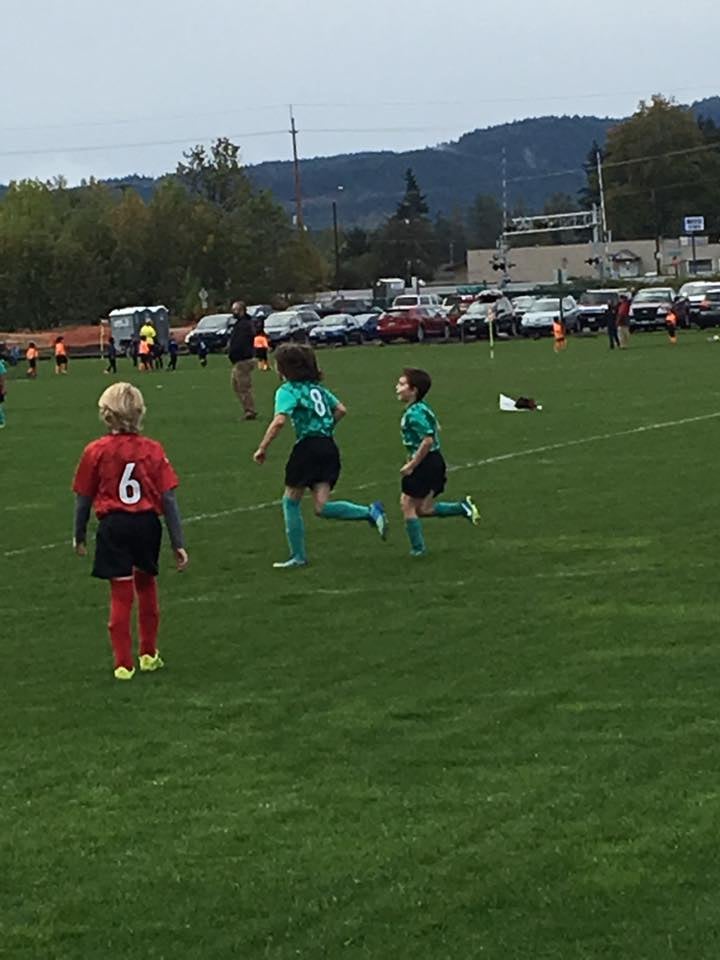 Clint Edwards, a father of three, was surprised when his son's soccer coach told him Tristan had a breakdown during practice. Rather than simply telling his son to suck it up and move on, the dad took a different approach and shared it in a Facebook post:

"We got in the car to drive home. I sat there for a bit, knowing that I needed to say something, but not sure what. As a father of a boy, there was a part of me that wanted to tell him to toughen up," he wrote. "To stop this BS and play the game like a man. I assumed that's what the coach wanted me to do."

Related:
Dad's Note to His Sons About What It Means to Be a Man Should Be Required Reading

And although Edwards acknowledges that every father is expected to give the "toughen up" speech at one point or another, he also knows how terrible that very talk made him feel as a boy. "But the thing is, that's what I was always told when I was ten. Not by my father. He wasn't around. I was told that by coaches and other fathers. I was already strong enough to face things without a dad, so 'toughen up talk' didn't make me feel stronger. It made me feel weaker. It made me quit."

So what's the alternative to a stern, father-son discussion? Ice cream, of course.

"I'm going to buy you an ice cream cone," I said. Tristan looked up at me with tearful eyes. "But it's under one condition. You have to tell me everything that happened. EVERYTHING. And you have to listen to my advice." He started talking as we drove. He told me that he couldn't get the ball during some drill, and how all the other boys could get it, and they were better than him. "I've been playing for five years and I haven't gotten any better," he said. "I just want to quit soccer."

After listening to his son, Edwards realized that he had the exact same feelings growing up — and he wished he could go back and change how he reacted to his past frustration:

Even though Tristan's still a little too young to get the big picture, one thing's for sure — he's staying on the soccer team. "'Are you going to quit soccer?'" I asked. He took another bite. "'No,'" he said. "'I'm going to keep trying.'"