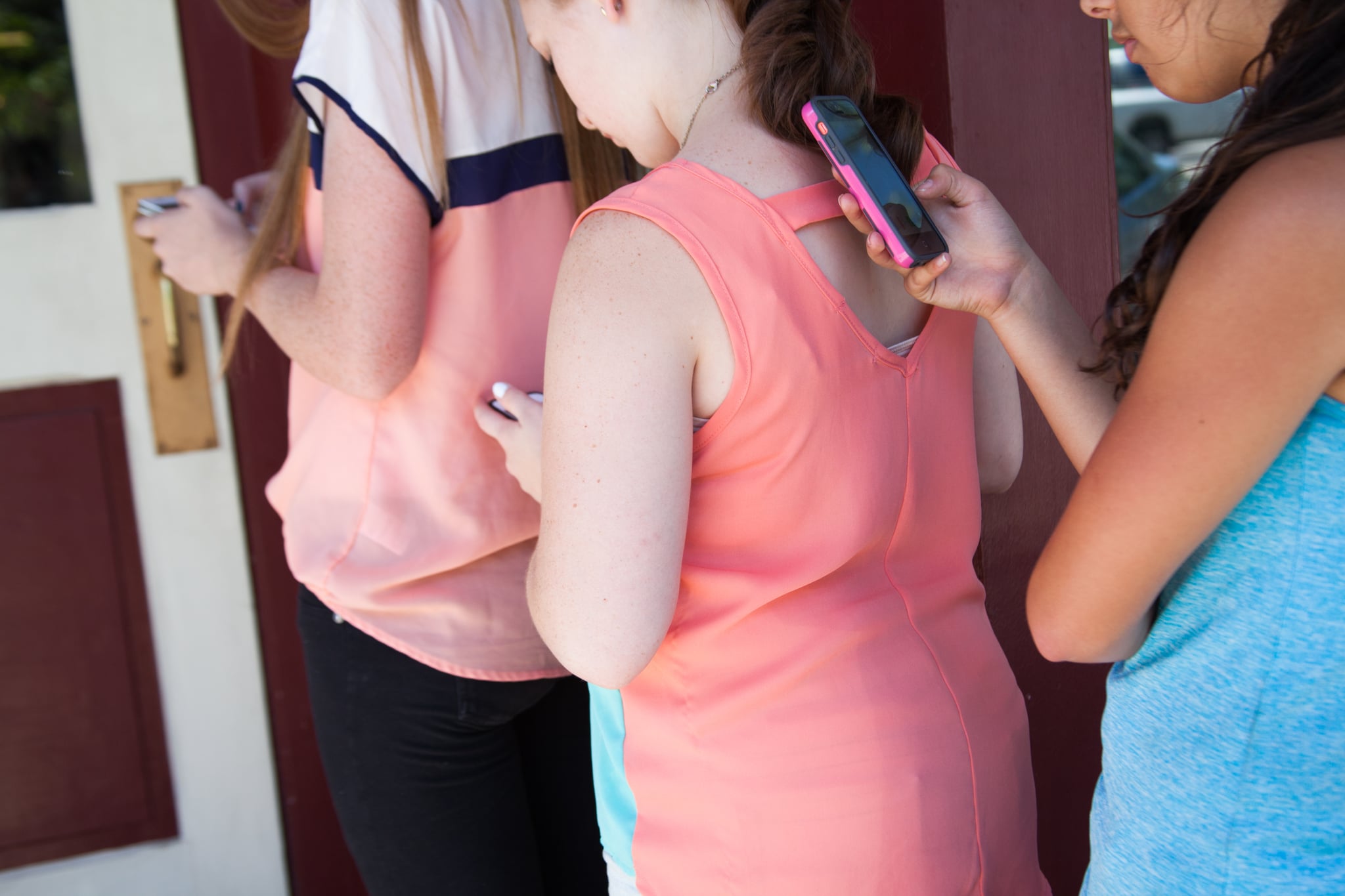 It's seriously one of the most annoying things on the planet: you're trying to have a serious conversation with one of your kids and they don't make eye contact with you once. Why? Because their eyeballs are literally glued to their phones. And while you may want to snatch your tween's iPhone right out of their hands then and there, Dr. Frank J. Sileo, PhD, a licensed psychologist and children's book author based in Ridgewood, NJ, has some answers to our burning questions about this new — and annoying! — phenomenon that will help to save your sanity.

How common is phubbing?

"Phubbing spans all generations," Dr. Sileo told POPSUGAR. "It seems like everyone is engaging in phubbing more and more. If you pass any school, take a look at the students — most of them are on their phones texting or checking social media."

And while new types of handheld technology have made our lives so much easier, growing up with the world at your fingertips certainly has its pitfalls for younger generations. "Teens are heavily reliant on their digital devices. According to the website stopphubbing.com, it's estimated that 87 percent of teens would rather communicate via text than face to face. I have had patients tell me that they text their friends even though they are sitting next to them or are in the same car."

Related:
Even If You Don't Know What Phubbing Is, You're Probably Doing It

Why is phubbing so problematic?

"Phubbing is a learned behavior and is seen as the norm for teenagers. Phones have become their lifelines and their social connectedness," he said, adding, "Teens exhibit a high degree of 'fear of missing out.' It's problematic because it can eventually lead to declines in important relationships later in life."

What's more, kids who develop the habit will have a lot more to lose in the politeness category, which can be an especially negative trait once they go off on their own.

"One of the first things parents need to do to combat phubbing is to take a look at their own behavior."

"They come across as less polite, inattentive, and distracted. When we are focused on our phones, we are not looking at people and not reading their facial expressions. Kids need to learn social skills, the importance of eye contact, and the nuances of facial expressions. Non-verbal behavior can be more powerful than words."

Related:
24 Scary Facts About Just How Much Teens Are Addicted to Their Phones

Can phubbing actually be detrimental to your child's well-being?

The short answer? Yes, especially in terms of their mental health. "Anxiety and smartphone use seem to often go hand in hand, according to research completed at The California State University. Light users didn't show increasing anxiety without their phones. Moderate users began showing signs of increased anxiety after 25 minutes without their phones. Heavy users showed increased anxiety after just 10 phone-free minutes," explained Dr. Sileo. "The study found that younger generations are more likely to feel anxious if they can't check their texts, social media, and other mobile technology regularly."

Additionally, cell phones can quickly become a crutch for those who are uncomfortable in social settings. "It can serve as a security blanket for teens," he said. "They use the phone as a distraction and it can also be used to avoid feelings of being socially neglected or ostracized. Some kids may phub not to be rude, but to escape feelings of loneliness and rejection."

Related:
Here's When You Should Get Your Kid a Cell Phone

What can I do to stop my kid from phubbing?

"One of the first things parents need to do to combat phubbing is to take a look at their own behavior," said Sileo. "We are our children's role models. Ask yourself: do I find myself on the phone or computer and tell others around me that I'm multi-tasking? Are you consistently saying, 'I just have to take this call or email from work?'"

He goes on to explain that if you don't model appropriate behavior and set boundaries as parents, you really can't expect your children to follow suit.

"When you do make excuses, you are modeling phubbing and creating a double standard," he said. "You aren't multi-tasking, you are acting rude and distracted. If one person in the family is allowed to use their phone, this opens the door for others to do the same. If not addressed, kids will think it's socially acceptable. There's a rippling effect."

Related:
Pope Francis Is Urging Parents to Keep Phones Away From the Dinner Table

Because of this, Dr. Sileo encourages parents to set boundaries when it comes to using digital devices. "You can have a 'no device' policy at dinner or other important times. You can collect digital devices at the end of the day to be returned after the morning routine is completed. Kids need boundaries in many areas of their lives, as they help with social relationships, maintaining a healthy lifestyle, and providing a sense of security."

Joe Biden
Biden's First Year in Office: A Look at What It's Meant For Families
by Kate Schweitzer 8 hours ago 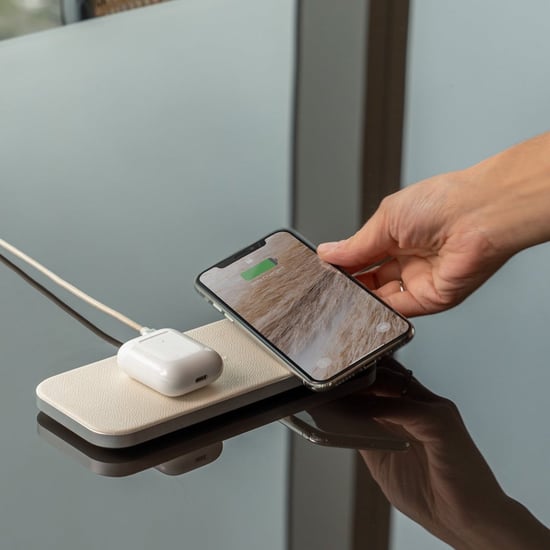 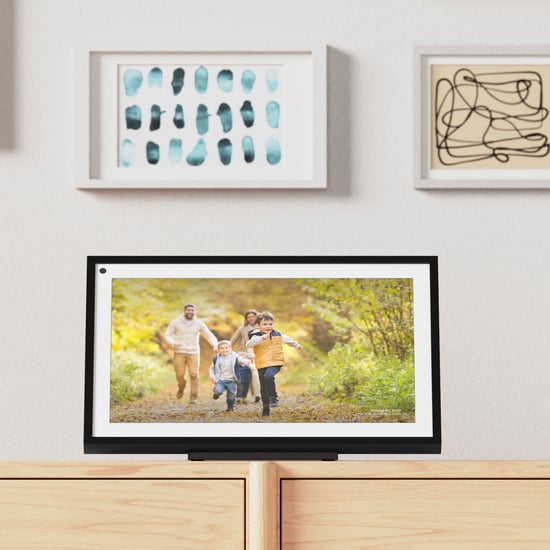 Tech Shopping
I'm a Tech Writer, and These Are the Top 16 Gadgets I'm Obsessed With This Month
by Anvita Reddy 1 week ago 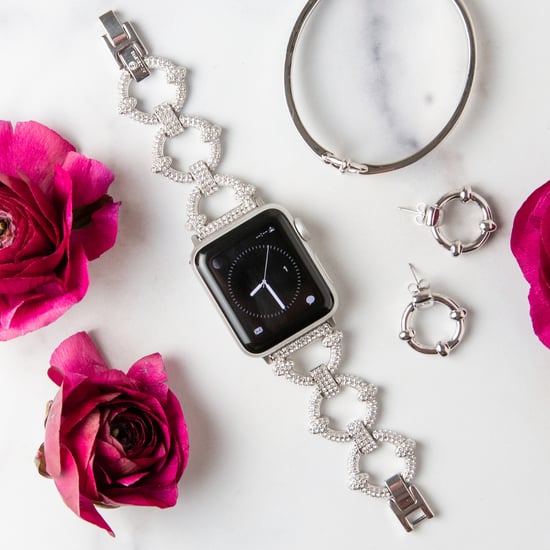