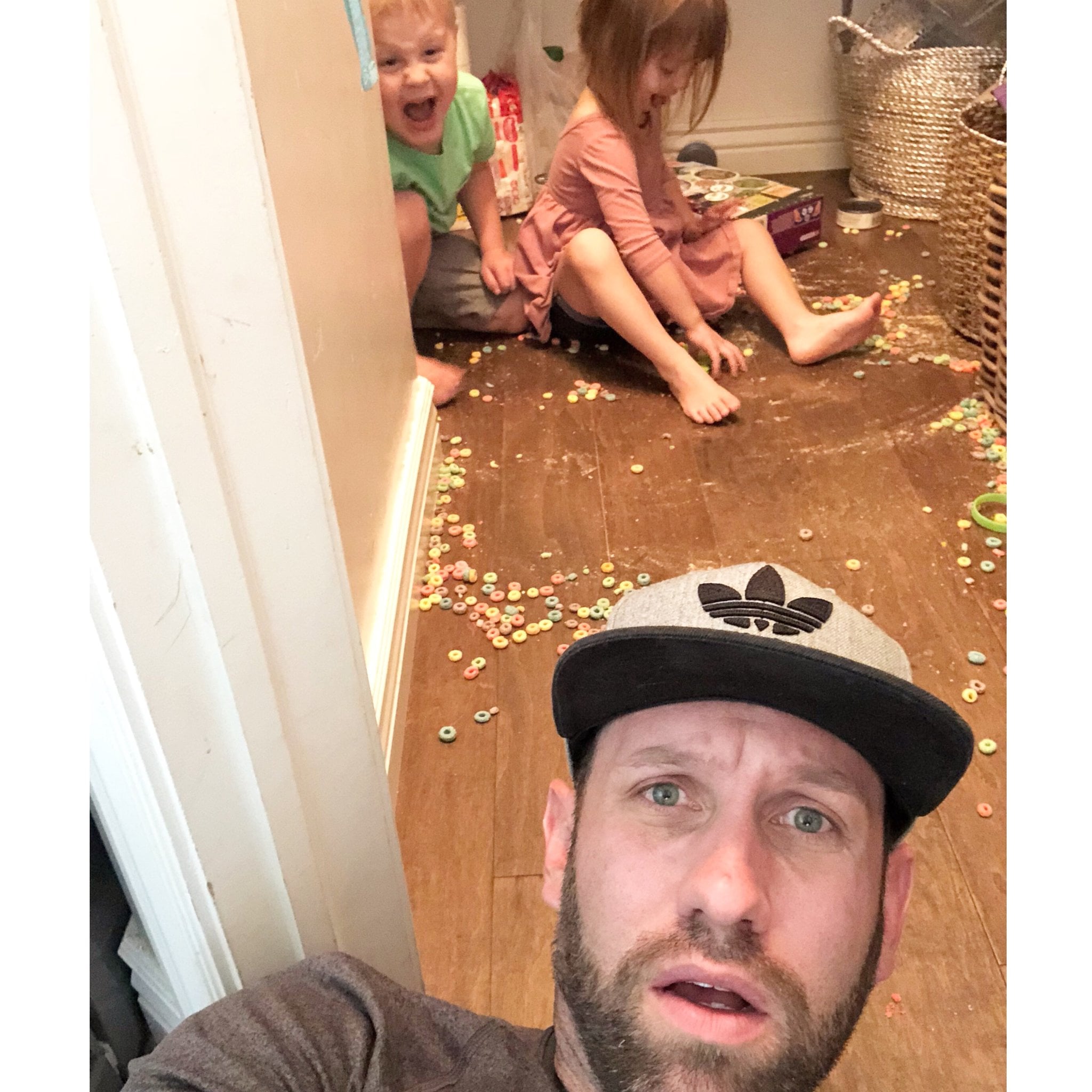 Fellow parents, I would like this to serve as a fair warning that karma is a b*tch. Remember all those things you did growing up that drove your parents insane? The hours you spent prank calling the neighbors, throwing toilet paper all over the yard of your high school crush's house, or ding-dong ditching the cranky old man down the street? How about the times you got lectured by your teacher in junior high for making immature comments during health class? No? Just me? Maybe you just can't remember because your memory has been shot from lack of sleep, but don't worry, you'll eventually catch my drift when you realize you have that child. That one child whose sole purpose is to finally pay you back for all the mischief you caused growing up. I like to refer to it as the "payback child" or the "karma child," and in my family, it's my son.

While I used to sit back and wonder where this kid came from, the answer became more glaringly obvious with each new stunt: he's mine. Of course, he's mine.

As a father of six kids, I have a healthy variety of personalities in my children. There's the oldest child, who I like to refer to as the "trial by error" child (let's be honest, when your first child is born, you have no idea what you're doing). That first child is basically a test run for those to come. Then you have the middle child, who oftentimes gets overlooked. They were once the baby of the family until someone else came along. When we had this balanced dynamic in our family, I felt like I was in a groove. Things seemed to be on cruise control . . . until the "payback child" came. I knew almost immediately that my son, who also happens to be a triplet (not joking), would give me a taste of my own medicine. What worried me with the oldest now seems like a walk in the park compared to one of my youngest. I've witnessed him swinging on chandeliers, jumping off six-foot boulders, dumping out pounds of flour in the pantry, and my all-time favorite: streaking in the street.

And he knows exactly what he's doing. He loves causing trouble and seems to look at me with a smile and twinkle in his eye when he pulls it off. He's a proud daredevil, just like I was. And because I have a lot of experience in this department, I thought I knew all of the tricks. But nope. No matter how clever or fast you think you are, you kids are smarter and faster. He's one step ahead of me every damn time.

Related:
I Caught My Kid in a Massive and Serious Lie, and It's Making Me Question Everything

While I used to sit back and wonder where this kid came from, the answer became more glaringly obvious with each new stunt: he's mine. Of course, he's mine. And if I need any more proof, I know I can just ask my parents. They gladly recall the countless phone calls they used to get from my teachers, principals, and friends' parents about my wild behavior from back in the day. And they definitely chuckle at watching me being the one who's now trying to figure this all out. Karma has officially caught up to me, and I know it's only getting started. I still have his preteen and teenage years ahead of me, and oh my God, am I terrified. We're in the minor leagues now.

Sometimes I think that someone, somewhere was keeping score of all the pranks and heartache I caused my parents growing up, waiting for the perfect moment to send it all back to me. Perhaps, for some, that karma comes back in smaller, less noticeable forms here and there; a combination of each kid's mischief, but mine is in the body of one tiny boy, ready to challenge me every single day. So, parents, make no mistake about it — the "payback child" is real. You've been warned.

DIY
This Easy TikTok Trick Turns Your Old Tank Tops Into Sexy Miniskirts — But Does It Work?
by Hannah Resnick 55 minutes ago

Family Life
Big Shot on Disney+ Is a Heartfelt, Family-Friendly Show — Here’s What Parents Need to Know
by Sydni Ellis 18 hours ago