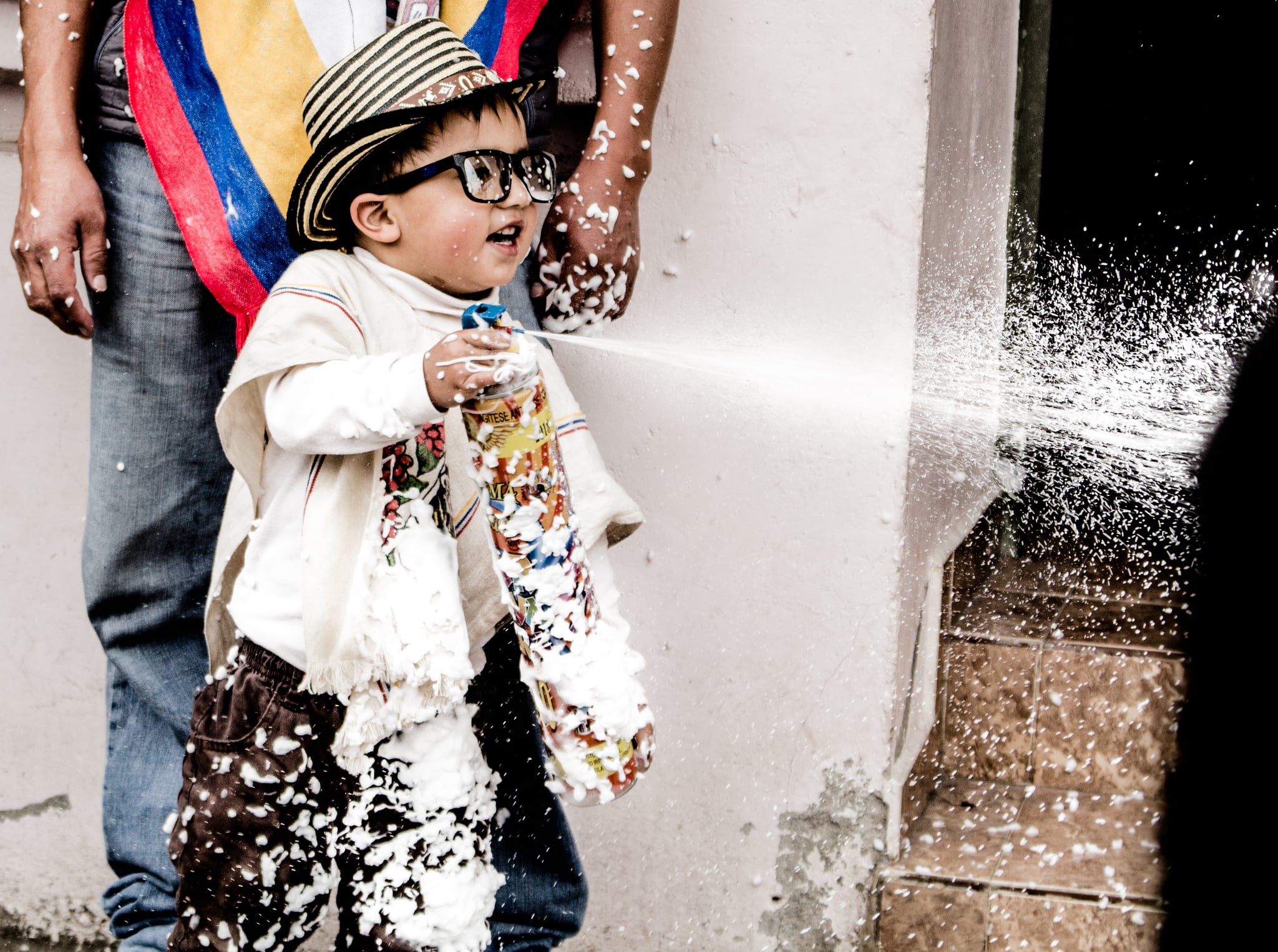 One afternoon, my kids and I were at a play date at someone else's house. The moms were all stationed in the kitchen with warm mugs of coffee between our hands, while the kids were running around the family room. We could see (and most definitely hear) them playing together. As we sipped our coffee and vented about mom stuff, the happy giggles and squeals from the other room kept getting louder and louder, and my daughter was the loudest (what's new?). The kids then started playing tag, and it didn't take long to hear pleas like, "Stop it," "That's too hard," and "You already got me."

I'm OK with other adults saying something if they do so in a kind manner and are actually trying to teach my kids something.

Us moms couldn't sip our coffee and share in adult conversation without being interrupted every few minutes. We tried to stop the kids from playing too rough, and it worked . . . for a moment, before they quickly went back to causing chaos. Then one of the moms stood up, knelt down to my daughter, and gently said, "Sarah, you really need to stop being so rough with little Jack. He's much smaller than you. If you can't, we'll have to stop playing the game." My heart sank a little. Not only was I not paying close enough attention to my daughter's behavior and someone else stepped in right in front of me, but I was worried about how my daughter would react to someone else disciplining her.

Related:
1 Woman Nervously Confronts "Cruel" Kids at Target — and Then Their Mom Showed Up

She immediately looked to me, and I simply nodded in agreement with the other mother. I offered a small smile, too, to let her know that everything was OK, and that yes, she needs to listen to other adults and not just her parents. My friend didn't scream at or lecture my daughter, but I will admit that I was a little upset at first. It's normal for your protective mama bear instincts to kick in, but if my child is behaving badly or doing something wrong and someone else says something, it's my daughter's behavior that's still the issue, not who said something to her about it. Sometimes I'm distracted or just absent-minded, and I miss things my kids are doing. I'm OK with other adults saying something if they do so in a kind manner and are actually trying to teach my kids something — just as I feel I have the right to discipline other people's children in certain situations. In my instance, the other mother wasn't trying to step on my toes in the parenting department — she was simply trying to get the play date back on track.

Many parents are so overprotective of their children today. They cradle their emotions like they're eggs about to crack, but if the discipline is done in a compassionate way, your kids will be just fine, even better, because of it. If they get a bad grade on a test, you should think about whether or not they studied and put in the work instead of storming into their classroom and demanding to know what the teacher has against them. If they get into a fight at school, try to find out what happened before accusing the other child of being in the wrong.

I know that disciplining other people's kids isn't something that should happen all the time. Certain situations call for it, while others most certainly do not. If it's a very specific lesson someone wants to teach your kids that you don't agree with, you should absolutely tell them to stick it where the sun don't shine. But if it's something as simple as being gentle and kind to other kids, you should have no objection. So if my kids do something obviously wrong, an adult can step in, whether I'm there or not.