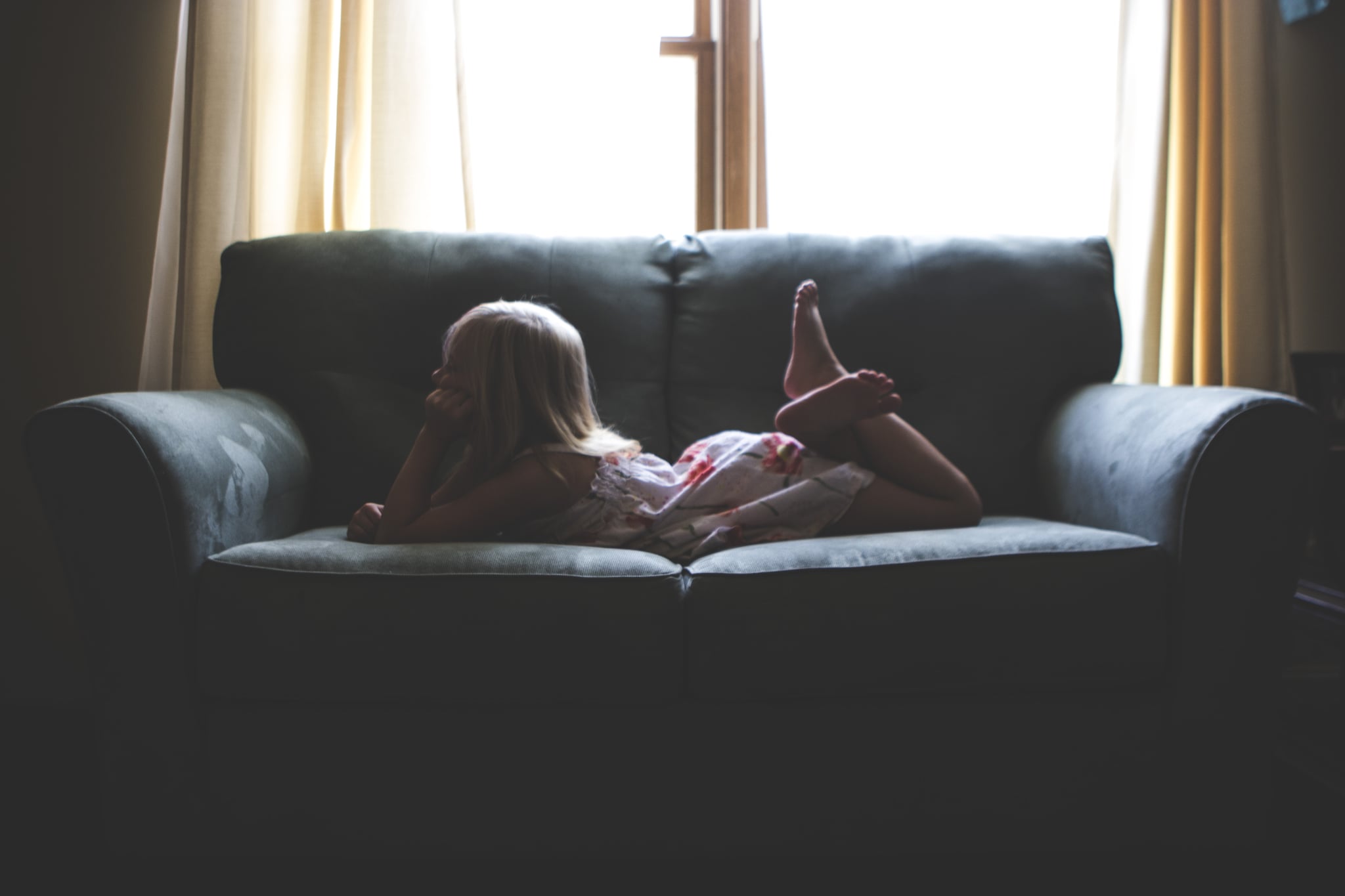 Last Thursday, I was out for a rare girls' dinner when my phone started pinging like crazy. In a long series of texts, my husband explained that our almost-7-year-old daughter, whom I'd spent four hours with that afternoon before heading out for a long-overdue margarita or two, had confided in him that something awful had happened at school that day. "She just told me that Jay punched both her and her friend Molly six times each in the stomach because he was mad they did better than him on the math test. They all had to go to the principal's office, and Jay was sent home from school," one of the texts read.

"Ya, that's a lie," was my immediate response. I didn't even have to think about it. I mean, not only did I know Jay to be a sweet kid that she'd always played well with (until a few weeks before, when he became her table mate and started borrowing her stuff without asking, a state of affairs that she'd been complaining about regularly), but I was fairly certain that such a dramatic occurrence would have sparked some sort of communication from the school. Plus, six times exactly?! Come on.

Related:
I'm That Extremely Strict Mom, and These Are 4 of My Biggest Rules

My husband balked at my quick dismissal: "She's really upset." "Why didn't she tell me about this after school?" I countered. "She says she was waiting to tell me because she admires me so much," was his reply. I almost spit out the large gulp I'd just taken of that precious margarita. "Now I'm sure it's a lie," I wrote back, also impressed with my daughter's ability to know her audience. "I'll talk to her about it tomorrow."

My jaw dropped. One lie told on one day I could understand. But a lie that persisted for months? That's truly alarming.

When I confronted her about the incident the next morning, she stuck to her story . . . kind of. But there were enough deviations from the original tale that I was pretty certain my bullsh*t detector had been triggered correctly. I became certain of it when I told her I was going to email her teacher. "I don't think you should sit next to someone who punches you, honey," I told her. "No, no, no, Mommy, I'll deal with it myself. Don't email Mrs. M. I can handle it." Considering this is a girl who can't handle picking out her own clothes without asking for help, I knew what I had to do.

Feeling a bit like I was narcing my own kid out, I emailed her teacher to ask her about the alleged incident, making it clear that I was fairly certain it was fictional. She, of course, talked to my daughter, who quickly realized she had been caught and eventually fessed up to the whole thing being a lie, created, she said, because she wanted attention. You've never seen a head hung as low as hers when she walked off her school bus that afternoon. Before we even got inside, she'd offered up her iPad and her favorite stuffed animal as punishments for her untruth. Instead, I sat her down to talk about why she had come up with the story and what the ramifications of telling lies can be: people not believing her even when she's telling the truth, getting innocent people in trouble, losing friends, and so on.

She seemed to take it all well, but just when I was about to pat myself on the back for earning a parenting gold star that day, she hit me with this shocker. "Remember how I told you Max was making fun of me for not being able to tie my shoes?" she asked. Considering she talked about his shoelace-related teasing at least once a week for months while she was learning, yes, I absolutely did, and I had silently hated that little bully ever since. "I made that up, too," she continued. "He never made fun of me."

My jaw dropped. One lie told on one day I could understand. But a lie that persisted for months, ending with a story about Max giving her a high-five to celebrate that she'd finally mastered the art of shoe-tying? That was truly alarming. With a much firmer tone, I went back into my spiel about the importance of telling the truth and not making up stories about other people. I told her how, for months, I'd thought Max was a mean kid, and he didn't deserve my judgment. I told her how disappointed I was in her behavior and how she'd have to earn back my trust.

In the last week, I've been questioning every drama that comes out of her mouth. "Is that true?" has become my much-too-regular response to her. I know she's only 6 and still learning about how the world works and how she should navigate through it. I have to believe that she's just testing her boundaries, not turning into a tiny sociopath. But trusting the dramatic tales she brings home from school? That's going to take a while.