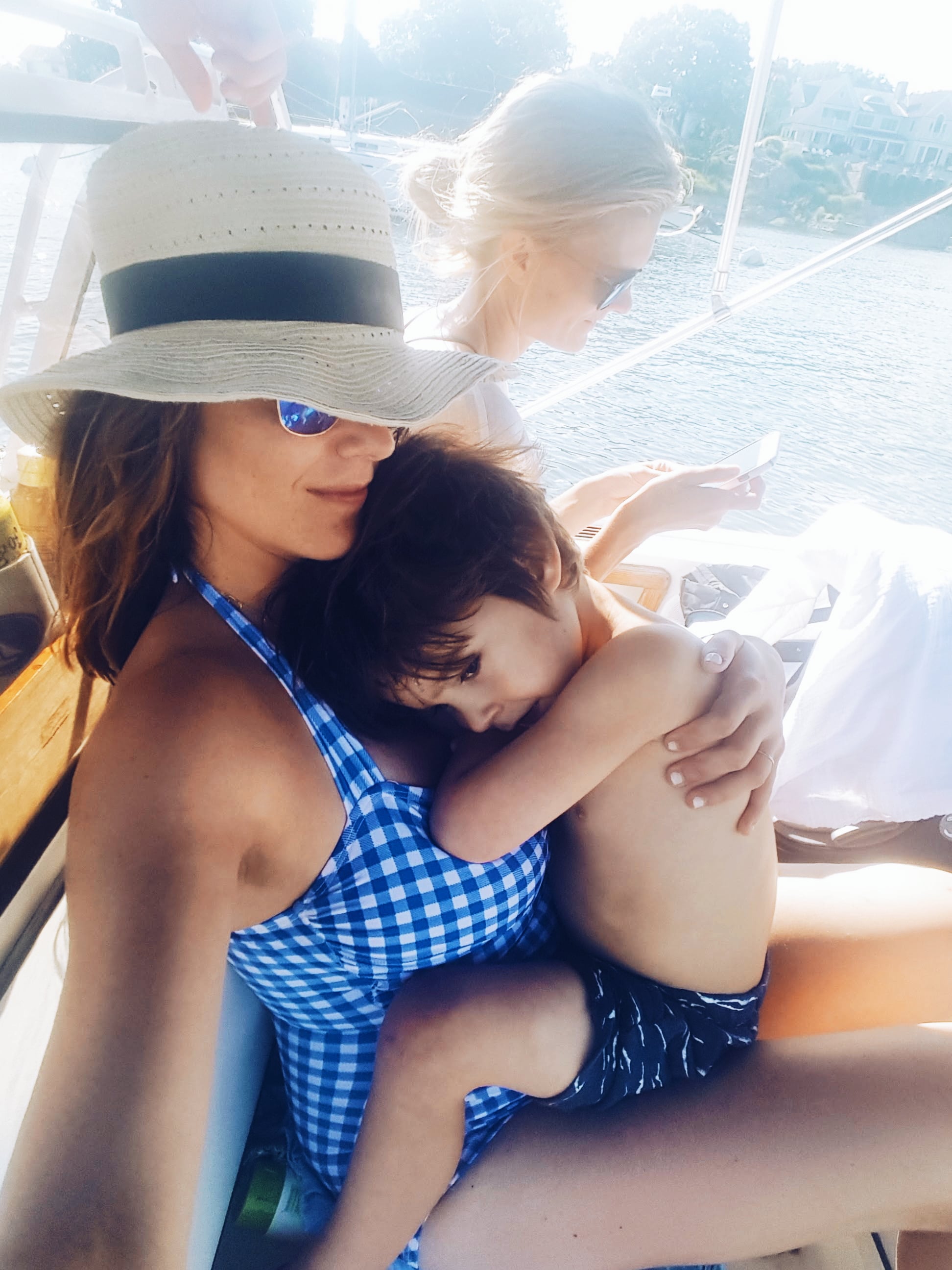 I realized pretty early on that my oldest child was nothing like me. There was the time we were at his friend's second birthday party and he nervously gripped my leg while the other kids ran straight to interact with the clown. In retrospect, I get it (clowns are creepy), but rather than empathize with my son about it, I tried to convince him to be social. When he didn't budge, a wave of anger washed over me because I was annoyed that he didn't want to join in.

There was also the time when he got to the final round of a modeling callback for a kids' clothing brand, and the audition ended with me yelling at him for "not even trying." We both ended up crying on that busy street in Manhattan, mainly because I couldn't believe I made my poor son go through that audition. I hated that he was crying because I made him feel bad, and, oh, because I yelled at him in a waiting room full of strangers. That was a low point for me. I looked at his tear-streaked red face through my equally tear-streaked red face (plus mascara) and vowed I would never do that to him again. But a part of me also thought, "How is this my child? Aren't these things supposed to be fun?"

It's taken me almost four years to really appreciate my son for who he is. Is it bad that it's taken me this long to figure that out?

You see, growing up, I was that person who was the first to try everything and had no fear about other people's judgments. I was the first person in my freshman class to raise their hand for the pep rally pie-eating contest. I tried out for every musical even though I had a horrible singing voice. Long story short, I can talk to a wall whether the wall likes it or not. My best friend still jokes to this day, "I've been trying to break down your Iron Curtain of self-esteem since the late '90s." I just assumed my kid would be the same way, but where did I get this narrative that, because I bore my son, he should be like me? And by that I mean ONLY the good stuff? I knew I had to change my own narrative unless I wanted to be the star role in his future therapy sessions.

So, I started looking at him differently. Rather than get frustrated when he wouldn't go down the "big kid" slide, I noticed how he stood at the bottom and cheered ecstatically for his friends who whipped down it. When I used to get frustrated that he would hang back from a birthday party dance circle, I now noticed how much he enjoyed observing and paying close attention to what the entertainer was saying.

I now have two kids, and my son is the big brother that little brothers dream of. He has so much kindness and empathy toward other kids and adults. I've learned he's full of so much self-assurance that he doesn't need to be the center of attention or the kid that's first to start the dance party. He doesn't want to be. That's not who he is, and he's more than happy to let his buddies take the lead. He has a quiet confidence that speaks loudly, and I genuinely find myself learning how to act in certain situations from him.

Related:
Vegan Parents, Stop Forcing Your Kids to Be Like You

It's taken me almost four years to really appreciate my son for who he is. I realized my main job is to cultivate, guide, support, and love him just as he is and for who he wants to be. Is it bad that it's taken me this long to figure that out? Probably.

My younger son is basically my mini me. He's feral, loud, random, funny, and so annoying that it just circles back to being charming (See? Me.), but I am no more fulfilled with having someone who is much more "my child." Yes, it's easier to relate at times, but I also love learning from someone so different. Both of my sons teach me so much, and I have so much left to learn.

Editor's note: This piece was written by a POPSUGAR contributor and does not necessarily reflect the views of POPSUGAR Inc. Interested in joining our POPSUGAR Voices network of contributors from around the globe? Click here.

by Yerin Kim 58 minutes ago