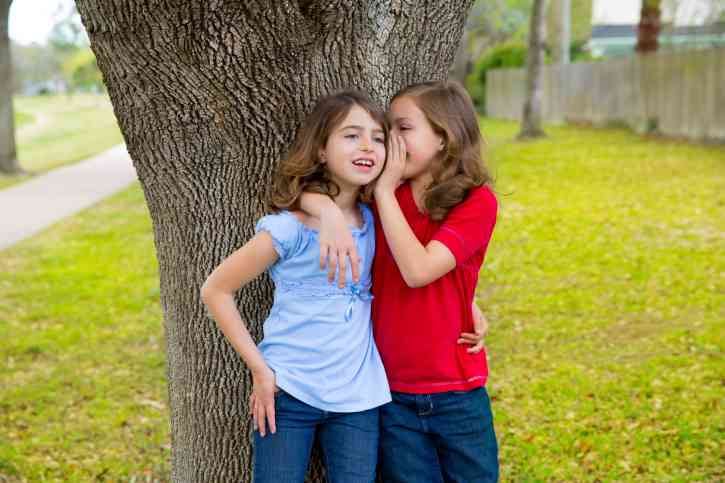 With some girls starting their period as young as 9-years-old, moms need to start having the period conversation early. But it can be an awkward subject to discuss, let alone just bring up out of the blue! Here's some advice from our readers on how to start talking to and preparing your daughter for her period.

As one mom, Deanna J., points out, bathroom privacy for moms is a luxury. At some point, your child is likely to wander in while you're changing a sanitary pad or hunting for tampons. That's the moment to start talking to your daughter.

Several moms note that while starting the conversation can be tough, it's easier once you get going. Pam B. says menstruation is part of growing up and suggests talking about how it is natural and a sign that your daughter's body is changing (and will ultimately look more like yours) will put it in context for your daughter.

2. Be Age-Appropriate, Not Evasive

It isn't uncommon to get caught off guard and unprepared to talk, as Cindy S. was when her 8-year-old was in the bathroom with her. She skipped the specifics "other then it happens once a month" and showed her daughter the feminine hygiene products she uses.

Brittany T. has already starting talking to her 4-year-old about "big girl" things without lying or misleading her. "I explain to her in a way that I feel is age appropriate," she says.

Both mothers have the right idea. Speaking more generally with younger children is better than giving them more information than they can process. The most important thing is to tell them something honest; being evasive adds a sense of secrecy that can make you and your daughter uncomfortable.

Laura C.'s  philosophy is: "If they are old enough to ask then they deserve a truthful answer." She has been answering her preadolescent daughter's questions since she was 5.

Those questions are "teachable moments." In the classroom, a teachable moment happens when an ideal situation arises in which to teach a concept or reinforce an idea. Teachable moments happen in real life, too. Grab on to them when you can! Leeann G. says she and her 11-year-old daughter have had dozens of "mini discussions" that often happen while watching TV or movies.

With the number of tampon ads on kids' TV channels and sexual content on shows you might not expect, there are plenty of opportunities to open a discussion with your daughter. It can happen as simply as asking her, "Do you know what product that commercial was selling?"

Once puberty approaches, it's time to talk more seriously. While some girls start developing breasts as early as 8, most seem to do so between the ages of 9 and 11. Many moms suggest talking to girls in this age range in very simple terms, explaining that soon she will begin to menstruate or "get her period" and to discuss what that means practically as well as what's happening physically.

It's possible she already knows more than you think, but don't assume what she knows is correct. Asking her what she already knows can help you avoid some of the eye-rolling and "Mo-om, I already know that!" reactions so common with preteen girls. It also gives you the chance to correct information she's gotten wrong or, as Farrah A. puts it, catch her "before [she] gets different versions and becomes confused."

Quite a few moms rue that they never had a "period talk" with their own mothers and wish they had known more about what was happening to them. Your daughter will wonder a lot, too, but may not feel comfortable asking about what she's truly wondering. Opening up a dialogue about your own experiences can help draw out her unasked questions. Here are some ways to do this:

How did you prepare your daughter for her period?

Parenting
Julia Fox on Postpartum Depression: "Moms Will Get This. Everyone Else Will Not."
by Yerin Kim 17 hours ago