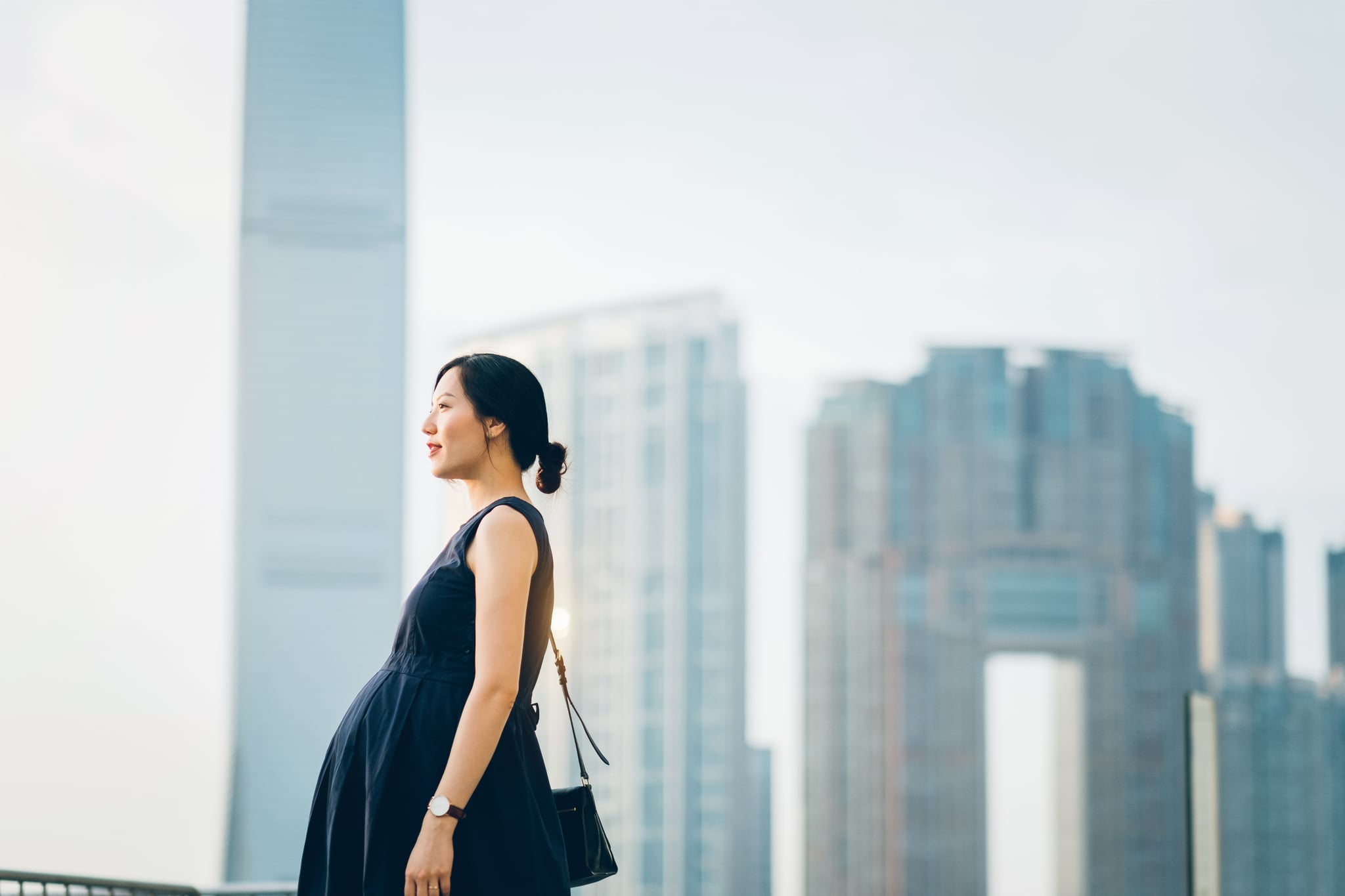 Having a baby has been awesome. And having friends has always been awesome. So wouldn't these two big parts of my life just effortlessly be awesome together?

I had just turned 23 when I got pregnant, one month after college graduation. For the months (and basically the entire four years) prior, my friends and I did everything together. Our lives consisted of going to class, navigating our internships, hanging out in each other's dorms, venting to each other about our relationships, going out to parties and bars, and just trying to survive until we graduated and landed our dream jobs — together.

After college graduation, we made a pact to remain close, no matter how crazy our job searches got or where our new career paths brought us. But life happens — and mine got a little crazier and more complicated than I could have ever imagined. Around the same time, I found out that I was unexpectedly pregnant and starting a brand-new job in New York City.

ADVERTISEMENT
Related:
The 7 Mom Friends You Need to Stay Sane

To be clear, my pregnancy — and my now beautiful, smart, and wildly independent 3-year-old daughter — was hands down the best thing that's ever happened to me, but I was still completely surprised. My ex-boyfriend and I had different ideas when it came to kids, and he made it clear that raising a child was not something he was ready for. So, I knew I was heading into this pregnancy without a partner. My friends became my lifelines, each one supporting me more than ever before (and I have some pretty kick-ass, loyal friends, so that says a lot).

During my entire pregnancy, we all remained close. Lunch dates here and there, always making time for phone calls to vent, going out to dinner whenever we could . . . but once I actually gave birth to my baby girl, my entire world changed. I was in that little sparkly and new I-just-had-a-baby-and-she's-the-only-thing-I-can-focus-on-right-now bubble that only a new mom knows about. Not only was I surprised at how well I took to motherhood, I was surprised at how much I didn't miss my old life — or seeing my friends — when I became a mom.

Related:
This Is the Parenting Stage That's Hardest on Your Friendships

My group of friends were always there for me to call or text, and of course they came to visit and play with my new bundle of joy. They were still amazing friends to me, but I couldn't help but feel so deeply different from them. It was none of their faults, but it was the truth. I felt like I had made a sharp right turn into a complete opposite direction, straight into motherhood with no looking back.

My new routine was a complete contrast from theirs. They were still working 9-to-5 jobs and going out for drinks with new coworkers on Thursdays, and I was on maternity leave, which eventually turned into staying home with my baby and working from home part time. Friday nights for them were spent bar hopping and staying out until the early hours, while I was breastfeeding and cuddling a sweet little newborn. They were planning Summer vacations and trips to Mexico, and I was planning out how I could afford diapers and baby essentials on a single-mom budget.

Related:
My Mom Friends Are the Reason I'm a Better Parent

Our lifestyles continued to grow even more separate as my baby grew, and eventually I stopped seeing my friends almost completely — something that was totally my own doing. No, I didn't hate them. Yes, they were still an awesome group of girls. But I felt this new, sad, lonely feeling, like I was the only one who understood my new role as a mom. As much as I shared all the highs, lows, and milestones with them about my new baby, I felt there was no way they could really understand what I was going through. I still loved them deeply, but I struggled to relate to them anymore.

I didn't have the desire to go out with them for drinks, or even think about talking to — let alone dating — any guys. I couldn't take a spontaneous road trip down the shore like we used to or book a random flight for a getaway with my girls. I didn't even have any funny stories to share about my crazy coworkers. My entire life was now dedicated to this little sweet girl of mine, and honestly, I really liked it that way. But I still sometimes missed being close to my friends.

Fast forward three years later, and I still love my friends. They were, and always have been, there for my daughter and me. But things are still different now that I have a baby. We don't see each other as much and we don't have a lot in common anymore. I've promised to make more of an effort to see them, and I love when we get together to take my daughter out to do things. They'll always be my best friends, but they also know that my daughter — and motherhood — comes first before anything or anyone. I'm still working to make my two worlds coexist, and appreciate their love and support as I figure it out. Because that's what friends are for.

Holiday For Kids
Your Kids Can Rest Easy: Dr. Fauci Says Santa's Immune From COVID-19
by Murphy Moroney 3 days ago