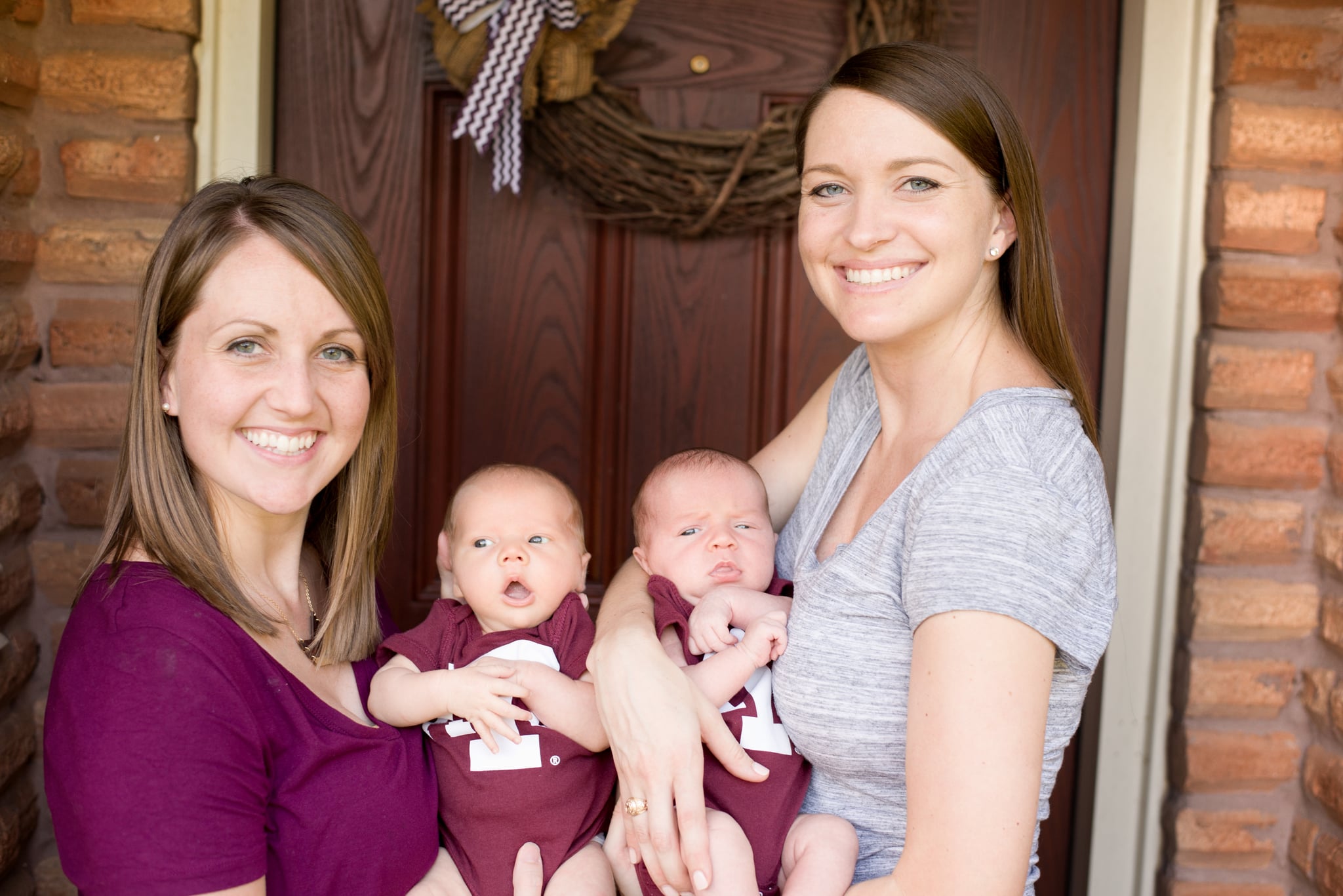 A few days ago, I was talking on the phone to one of my best girlfriends from college. After 20 years of friendship, we usually pick up right where we left off, but the past few months, we hadn't had nearly as many of our usual epically long gab sessions, and we were having a hard time getting into our normal conversational rhythm. "So what else is going on?" "Not much." "Same here." Not exactly the deep talks peppered with hilarity we tended to have.

"OK, I'm just going to say it," she announced after our fifth uninteresting exchange. "I've been a bad friend, and I'm going to get better. You're not the only friend I've had to say this to." I laughed because, not only is this blunt, self-deprecating, slightly dramatic act one of the things I've always loved about her, but because, in my mind, she had been the very best friend possible, considering she's also a mom to three girls ages 5, 2, and 8 months.

Related:
16 Pickup Lines to Bust Out When You're Trying to Make New Mom Friends

It's the great paradox of early motherhood. Never is there a time when we need our girlfriends' support more, but connecting with them can feel impossible.

"You have a baby and two other small children at home," I told her. "And I firmly believe that every mom should get a friendship pass until their baby is a year old. So basically you've had a three-year pass. Believe me, I'll still be here when your life gets less hectic." She sighed, and I knew exactly why, because it's the same way I felt when I was in her stage of parenthood: overwhelmed with the little family I had created, but also sad that it didn't leave me more time for the other important people in my life. Now that my kids are 4 and almost 7 and I have time for phone calls and the occasional girls' lunch or dinner, I can look back at that time and know that it eventually gets easier. But then, I wasn't so sure it ever would.

It's the great paradox of early motherhood. Never is there a time when we need our girlfriends' support more, but connecting with them can feel impossible. Between nap schedules, work, kid activities, and the basic tasks that are required to keep our heads above water and our children happy and healthy, there's not much time for the breezy banter or intense discussions that fueled our prebaby friendships — and that's even for a friend who lives in the same zip code and has a similarly aged kid.

Add in the complications of distance, both geographically and in terms of our children's ages, and it can feel even harder to connect. When another close friend had a baby last year, she'd often call me for advice on sleep training and nursing, but I was so far removed from those tasks that I discovered that I had willfully forgotten almost anything and everything that could have been helpful. We were in the baby-big-kid divide, and it was hard to cross.

This physical and kid-stage separation is why even moms who have an arsenal of long-term, deep friendships are often desperate to make new mom friends (and hey, there's now an app for that) after they have kids. Convenience becomes key, and the coolest mom friends become the ones whose kids get along with your own and have similar parenting styles (i.e., she's not judging when you bribe your kids with candy and screen time so you can have a few more minutes of adult talk).

Related:
Be a True Friend and Ask the Hard and Awkward Questions

But the saying "make new friends, but keep the old" is equally important — and totally doable — after you become a mom. It only takes a couple of tricks. First, have patience and understanding when your friend has a baby and is rightfully putting caring for that child over returning your call in a timely manner. Give her a pass — for a year, two years, whatever feels benevolent and right. You'll want her to do the same for you when you're entrenched in baby land.

And second, keep making an effort, even if it's just the occasional text saying, "Hi, I miss you." Those little kernels of love build a bridge that will take you back to one another once your kids are older and your time is more your own. Friendships, like all long-term relationships, will go through ups and downs, but it's on you to help your most cherished ones survive.